Sickness resuscitates the forgotten entireness of the world through the invasion of death to life, of dreams against life, of hidden things to manifestation...

The Butoh of death. The sickness of Butoh. Eh-janaika in the Edo period, perceived as a collective hysteria... It is obvious that, without Tatsumi Hijikata’s noting, many examples which connect Butoh with sickness can be discovered by looking over history. This work was created by making full use of knowledge of these connections, and by drawing closer to this form of the Japanese or Asian: a white stage, runways, and three tiered stands—large and small—which can be rotated to the left or right at the center of the stage. The sides of the tiered stands are covered with Murobushi’s handwritings, and the sutra-like calligraphy is illuminated in the darkness by a light coming from inside of the stand. Real crows. Stakes which look like grave markers. A group dance that gives off the image of a ship of fools from medieval Europe. Murobushi did not dance his Mummy, but, in a yukata, danced a solo saturated with the mood of death... Most of the music he used was live. Yoshikazu Sato (currently as known as YAS-KAZ) cut through the space with the use of his voice and various instruments combined with an effector, while Osamu Goto synchronized and desynchronized with Sato by using a synthesizer. Riding through this flood of sounds, finally, Mascagni’s Cavalleria Rusticana was set up for the finale. The tickets were printed with silkscreened letters on colorful washi provided by Echizen Shimizu, and the dancers themselves folded them by hand, taking time out from their busy schedules of shows and promotional work. Coincidentally, Murobushi, Sebi, and Carlotta Ikeda all participated as extras in the final sequence of the movie “Eh-janaika” by Shohei Imamura before this performance. 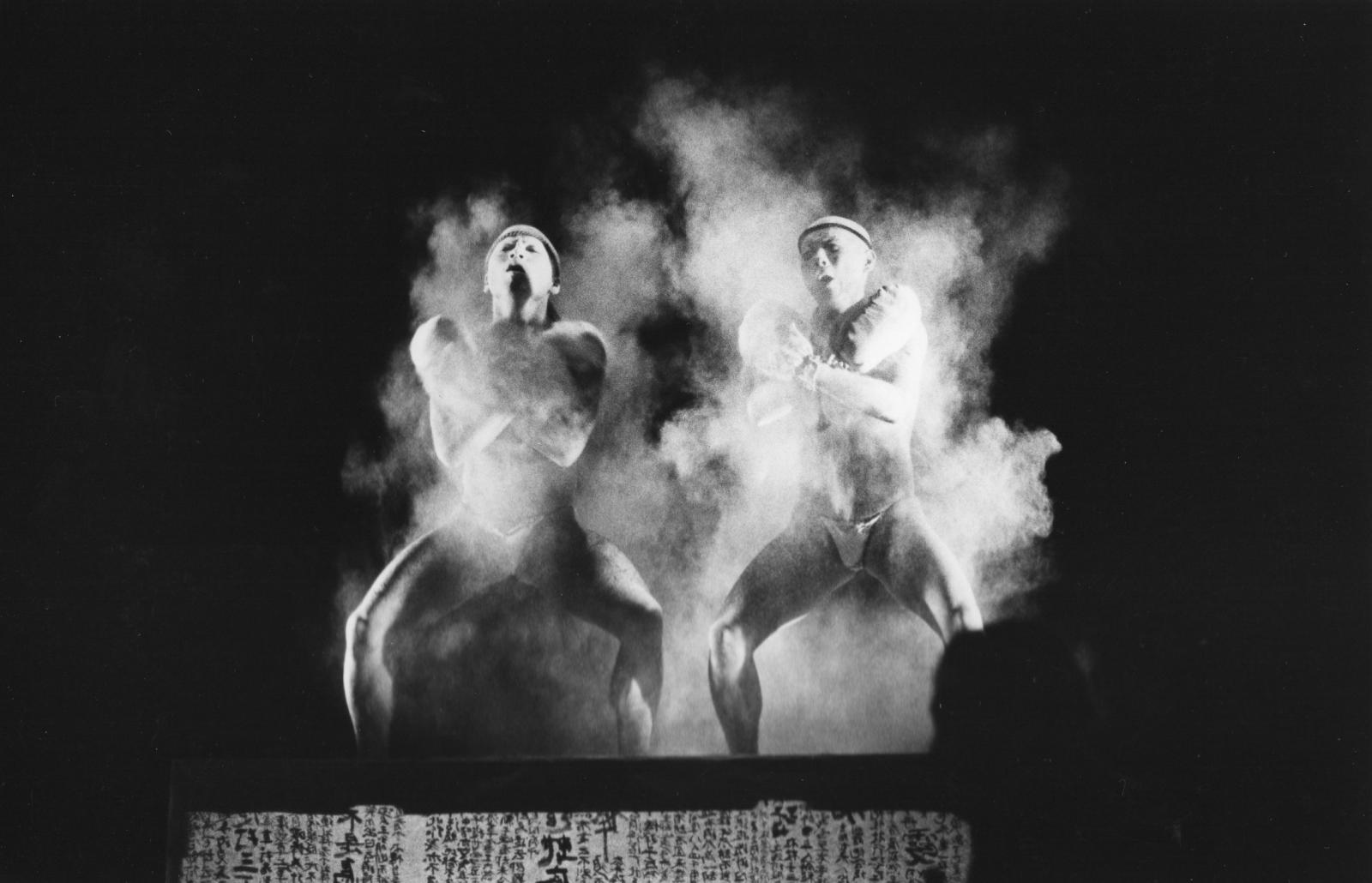 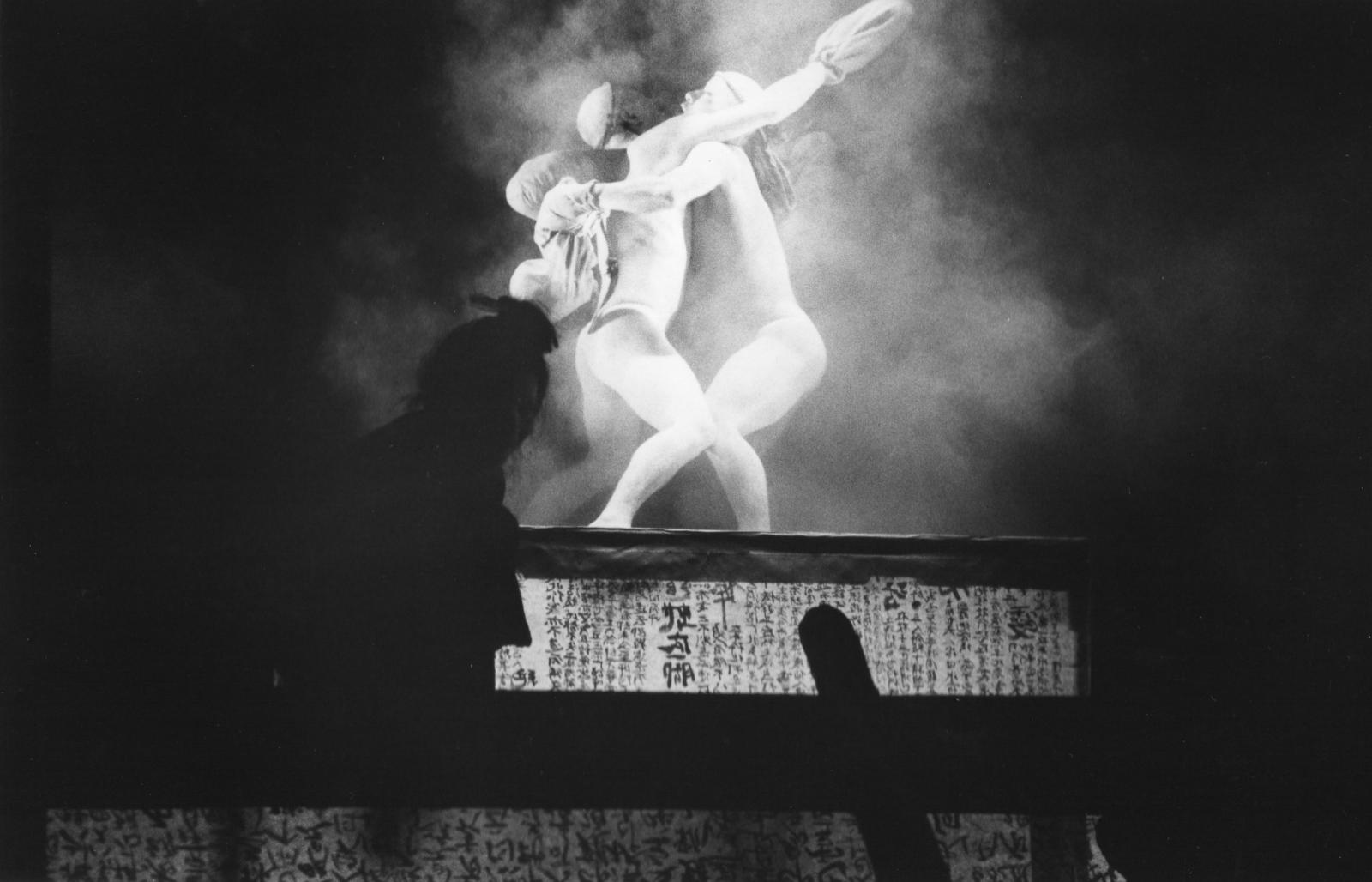 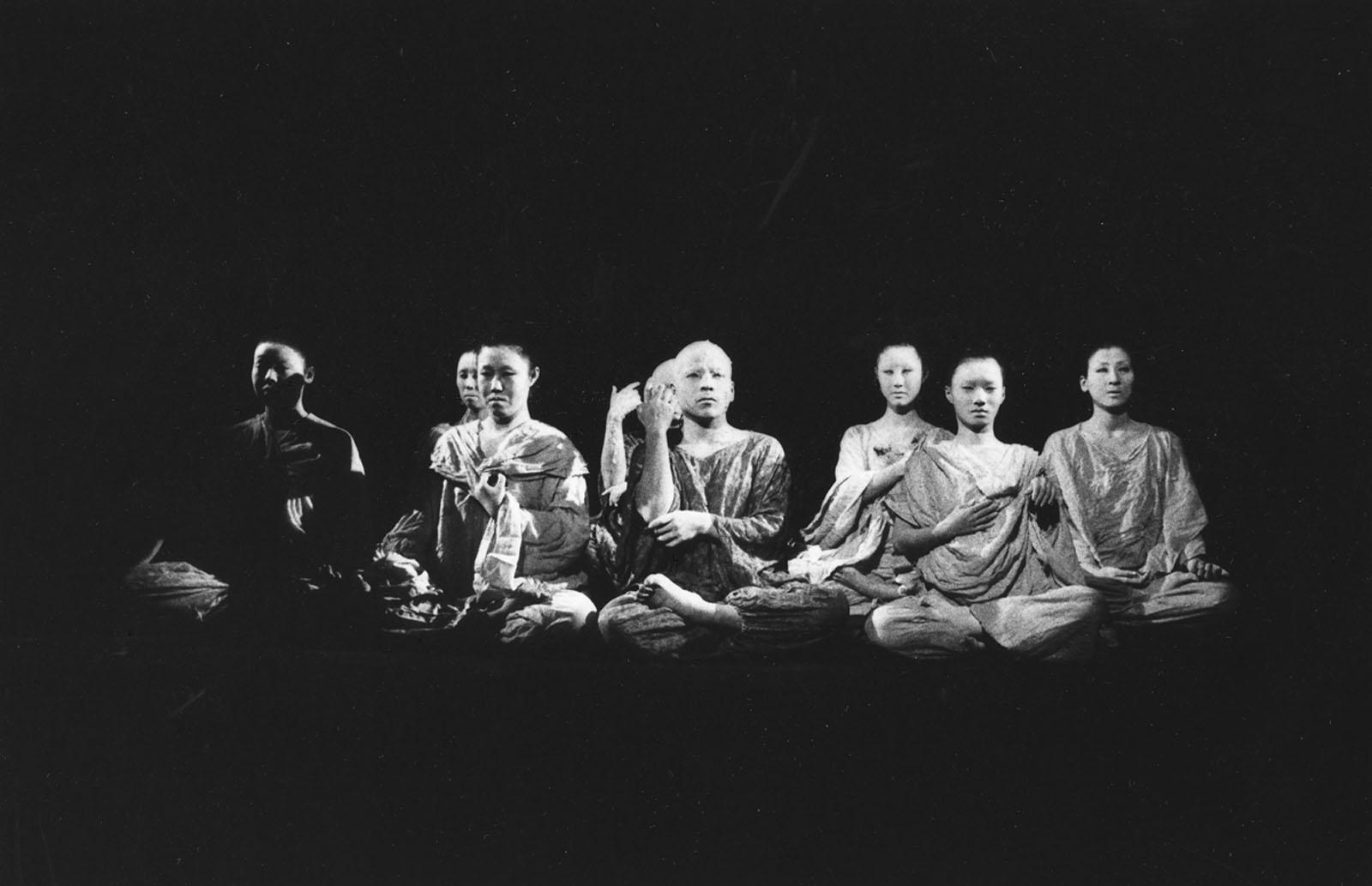 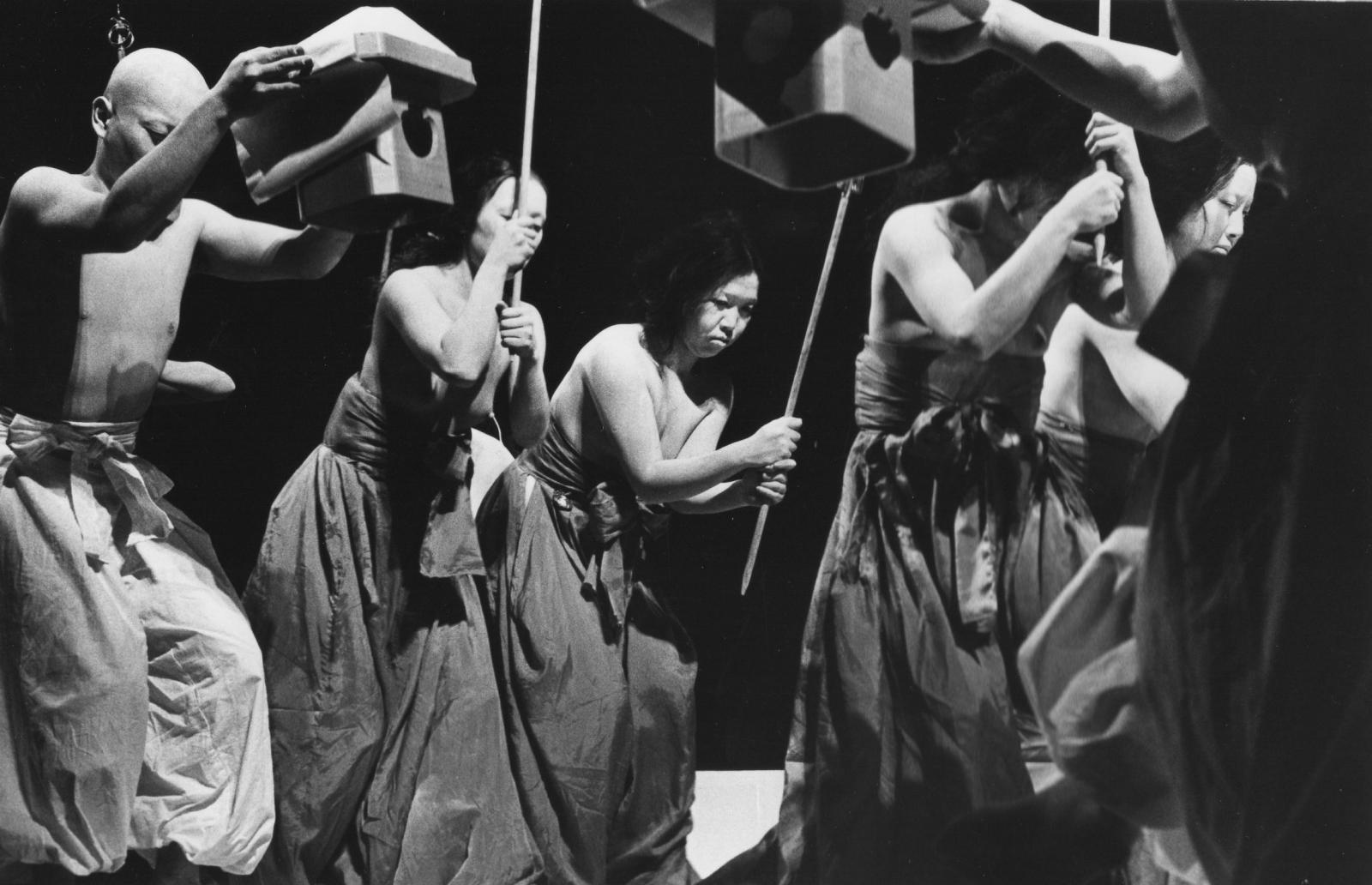 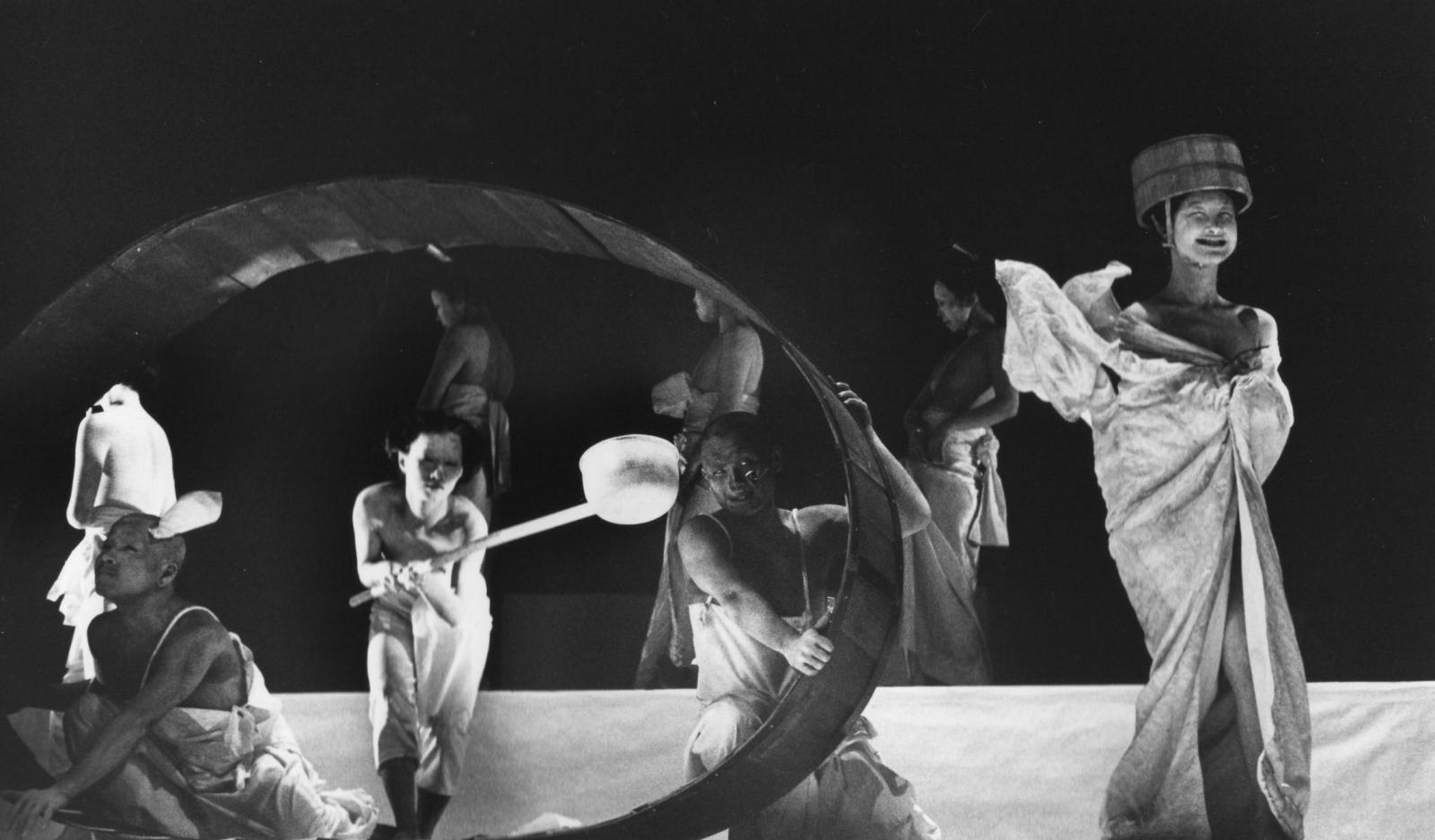 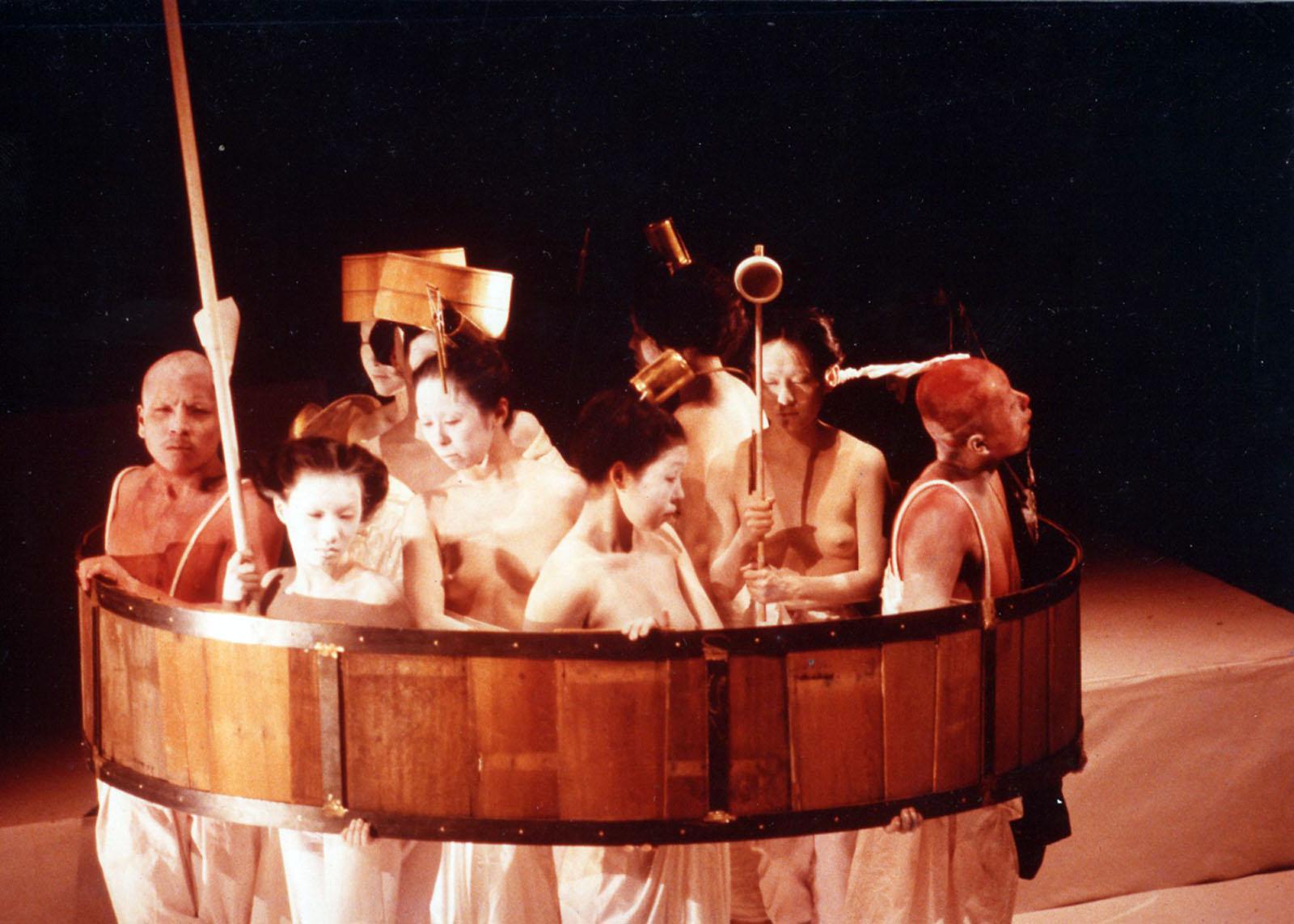 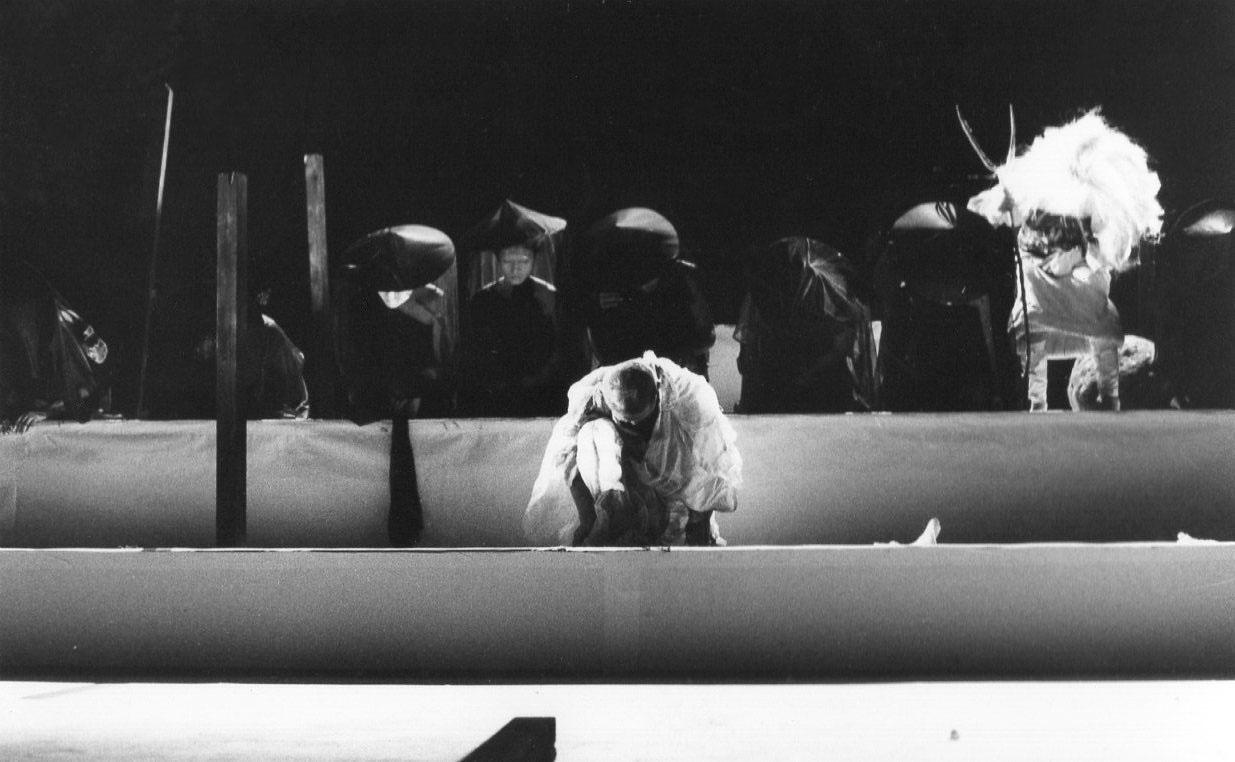 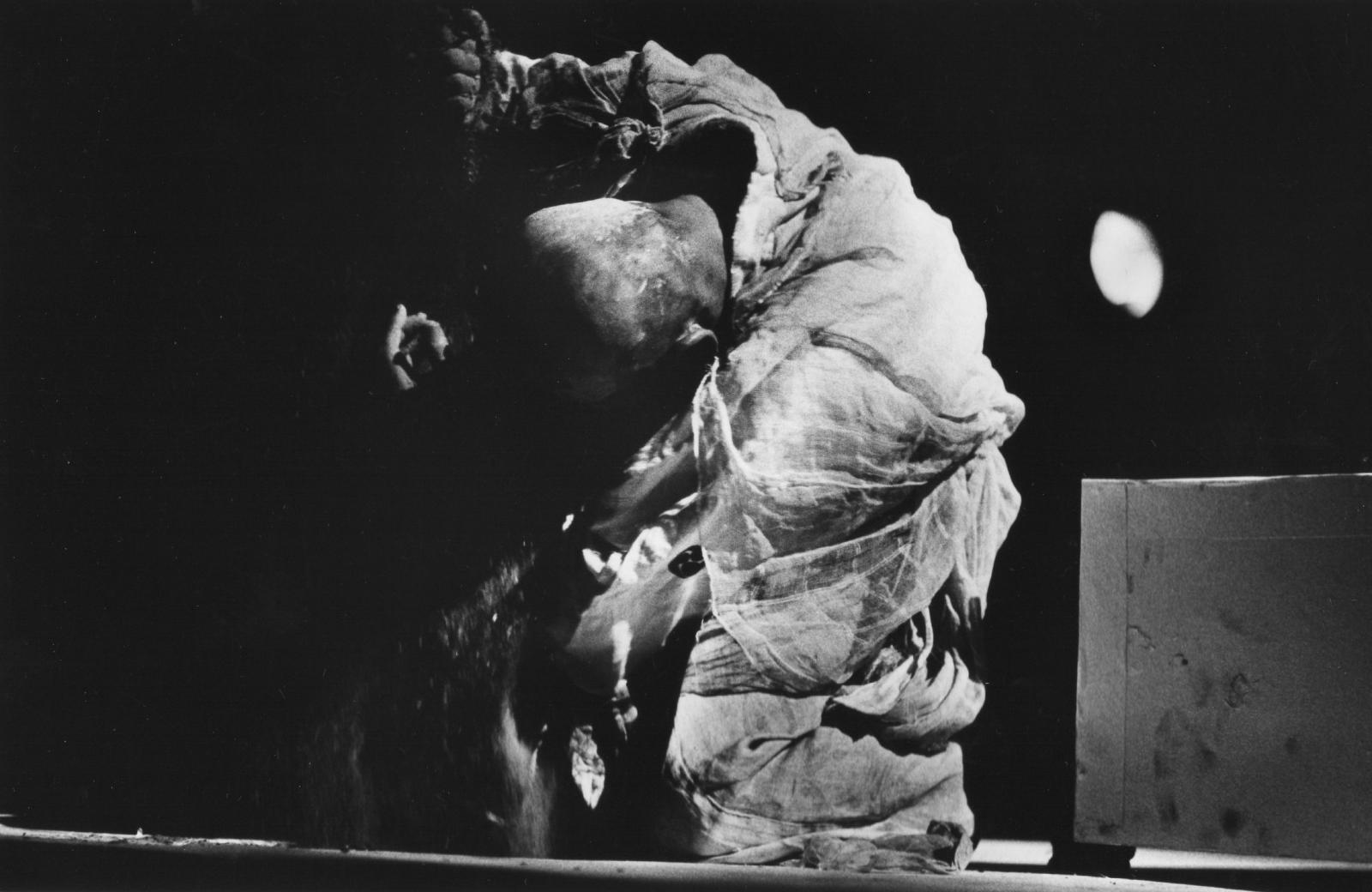 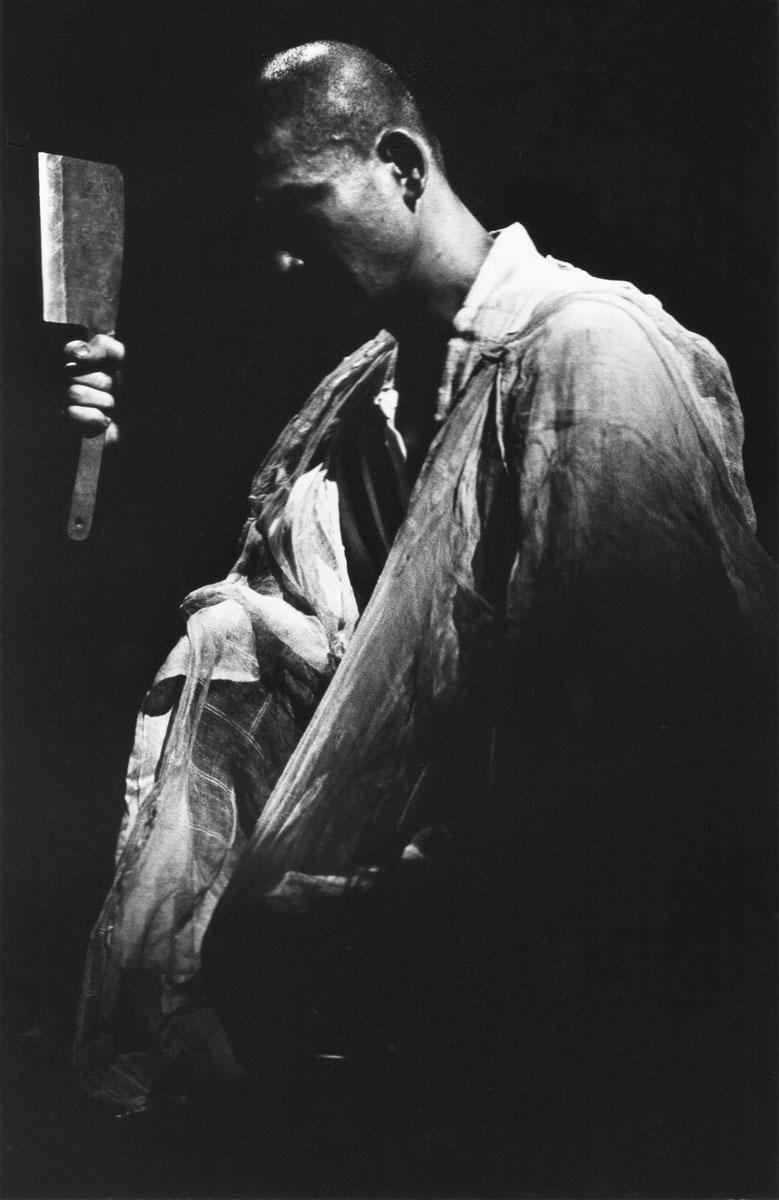 A Choreography of Chorea1980