Now, with my Momie/Hinagata just before its Europe tour, in an act of entering the casket myself, together with the meaning of engraving the roots of the LOTUS, I have opened the bar “Shy” in the heart of the city in Minami Aoyama, Tokyo. An excerpt by a French poet once said “A bar…where one can see the cemetery”; Shy is a tomb/bar and theater located underground in B1 on Killer Street just down from the Aoyama Cemetery. And under my assumption, most likely, it is a (theater) Bar that is an entrance and exit to Hades that comes out to various places in Asia, Africa, and Europe that my Momie is making its way around from Hokuryukyo in the mountains of Fukui and it is also (a bar) where a divine comedy buzzes in the ears.

I pray that Shy may be a curious shop at the foot of the mammoth that is Tokyo, soaked in the neon of neant, ──Shy!

Getting off at the Gaienmae metro station, if you walked toward Aoyama Cemetery from the intersection of Minami Aoyama Sanchoume then turned right, you would find Shy. Past the heavy folding door and at the foot of the stairs was a trapezoidal space that looked like a triangle elongating to the other side from its center, with its top cut off. The narrow space was simply composed of jet-black wooden chairs, steel tables, and unfaced concrete walls. Murobushi had renovated the jazz bar Lobo Negro and renamed it to “Shy” as an experimental cabaret that was usually opened as a drinking space, and subsequently as a rental space or a live-music club for enterprising, unprincipled, and uncontrolled people. Many pioneers such as Toshinori Kondo, Kazutoki Umeda, Hiroaki Katayama, Mitsutaka Ishii, Takahiko Iimura, and Machizou Machida (currently known as the writer Ko Machida but was a musician at the time), all of who once livened up Pappa TARAHUMARA’s (previously known as Tarahumara Theater) founding performance as well as HIKASHU’s acoustic live-performance under another name, moved their activities to Europe, and the only work Murobushi appeared in became the main performance at Shy. A complete solo performance. Sub-tittles were used in each performances. Music for 18 musicians by Steve Reich was used in the first thirty minutes. Murobushi stood still in a white kimono against a background comprised of an iron plate covered in washi. The appearance of his differed in detail from the night to night. On one night, it was covered with a gauze; on another night, he put on grapes around his ears, and the gauze was dyed purple with fruit juice. And on another night, he wore a death mask made from latex. The performance’s finale was breathtaking and dangerous; while the space shook with sound effects of the ground rumbling, he lit a fire in a wooden box he used to use in his mummy dance—disregarding any fire hazard—using Bailero, which had become famous with Tatsumi Hijikata's solo "leper's dance" in the first work of Housoutan from Hangidaitoukan’s Twenty-Seven Evenings for Four Seasons. As the seating capacity was only forty, the few spectators who were able to witness Murobushi's performance from up close on this night were extremely lucky. The sub-titles were as follows: “Explosion─a crack cracked, the days with no lack” for the 23rd, “Crack─a sunshine child who cherishes shadow, a shadow child who cherishes sunshine / Sacred seeds of CABARET” for the 24th, “Point─Hinagata dashes to a shuttle and a diamond shape” for the 25th, “NEON or NEANT” for the 26th, and “Y・Shy in/out” for the 27th.

After this performance, he suspended his work in Japan and moved to France.

To move!! Get out from Fukui to Aoyama to Paris! 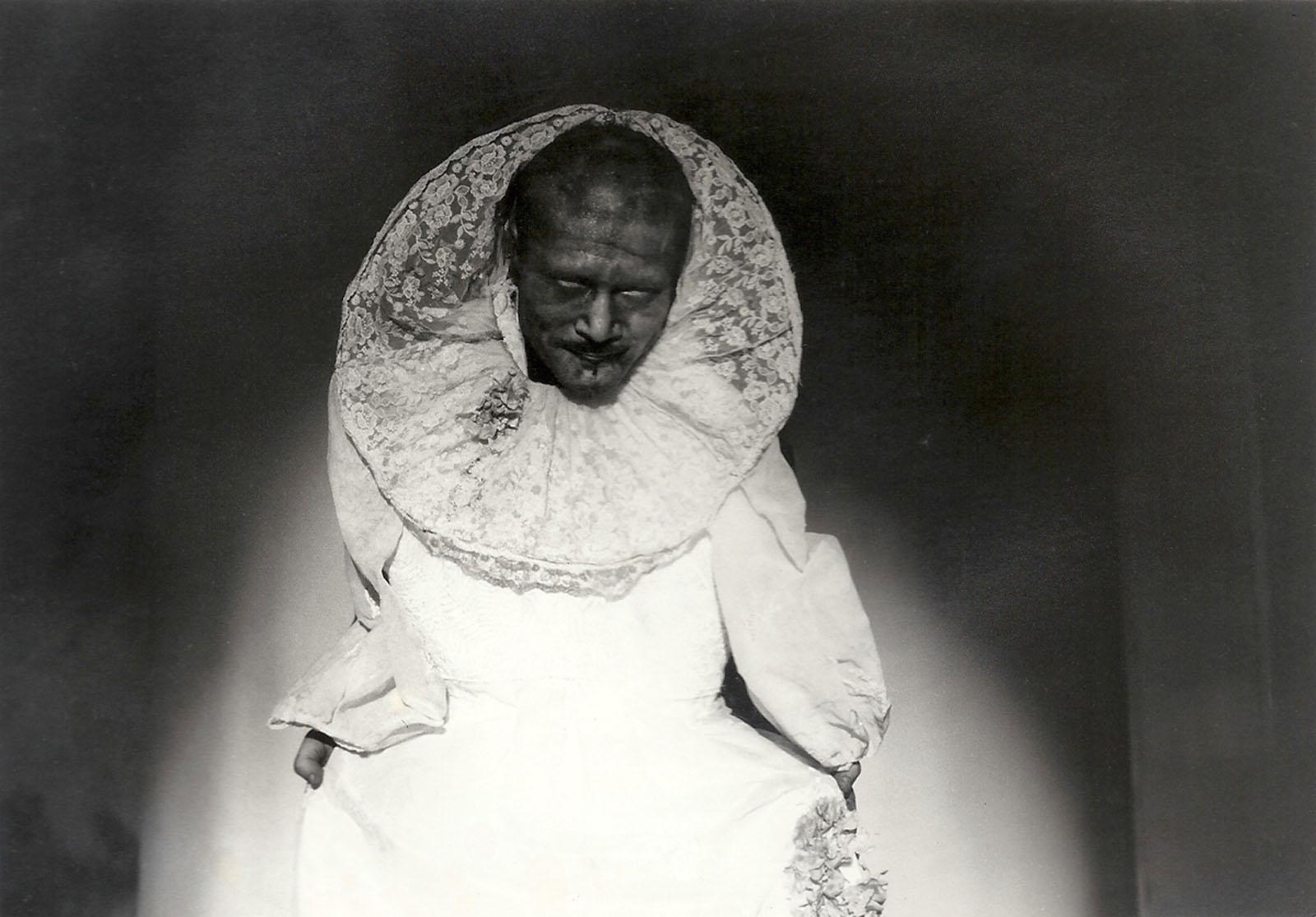 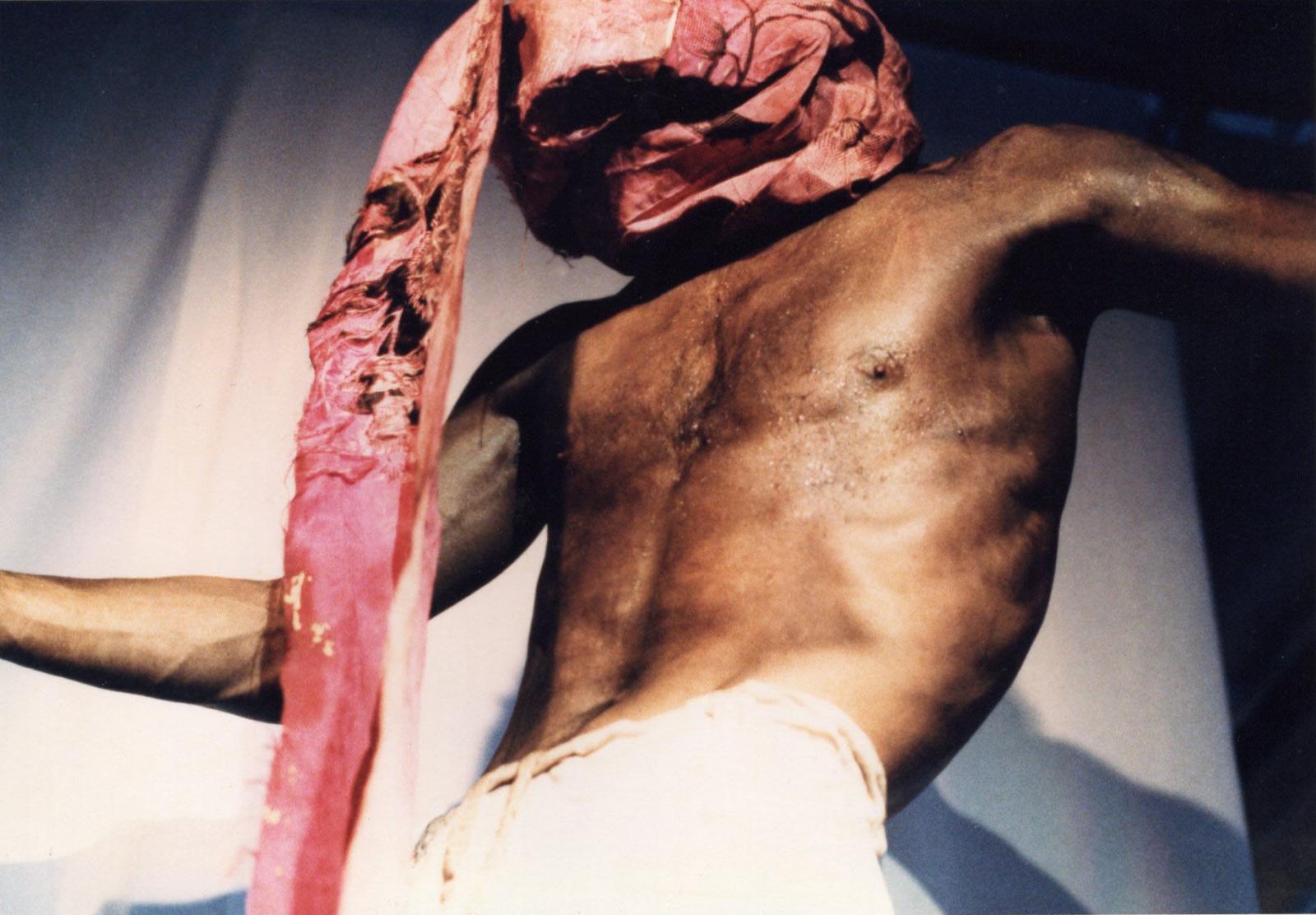 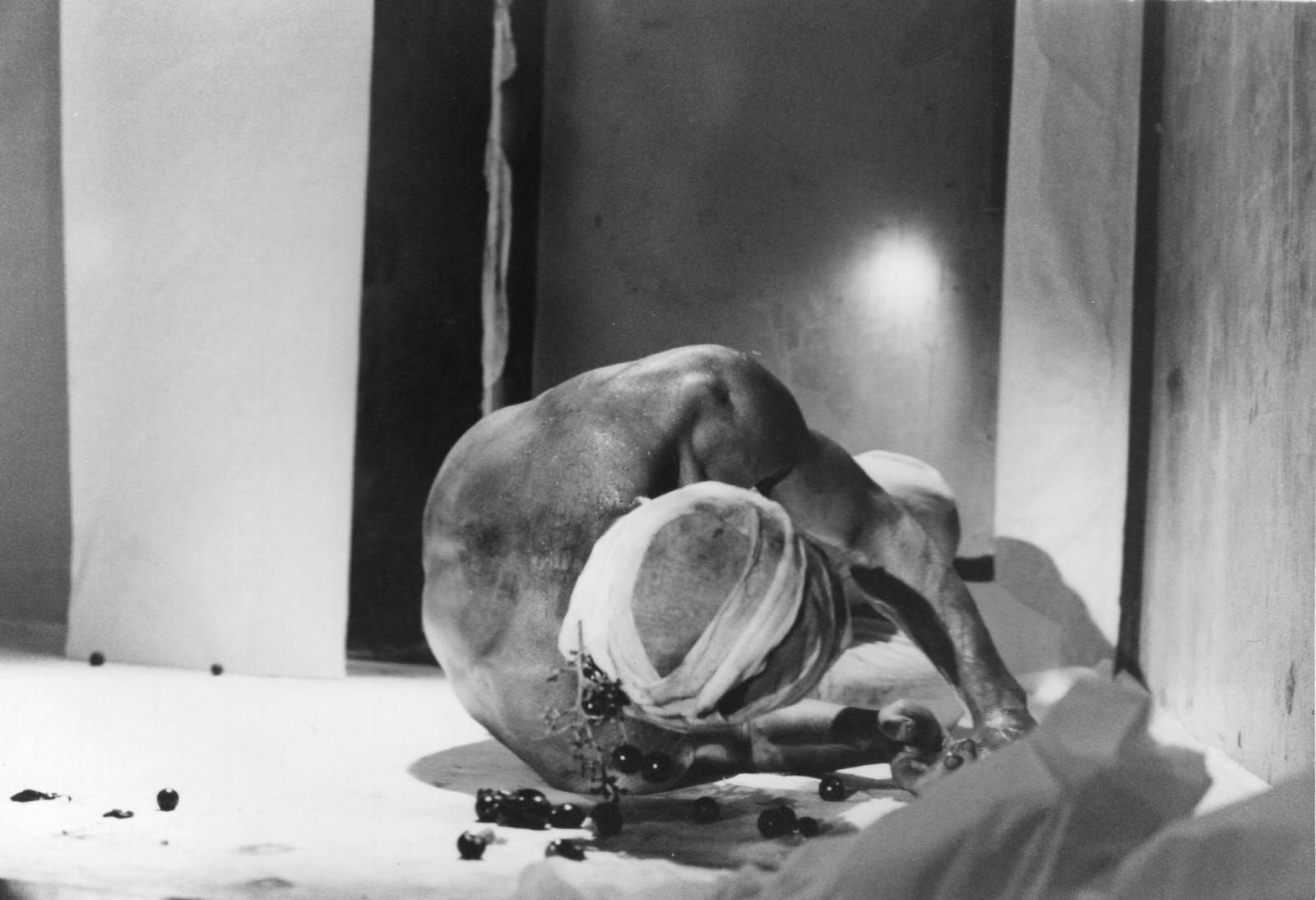 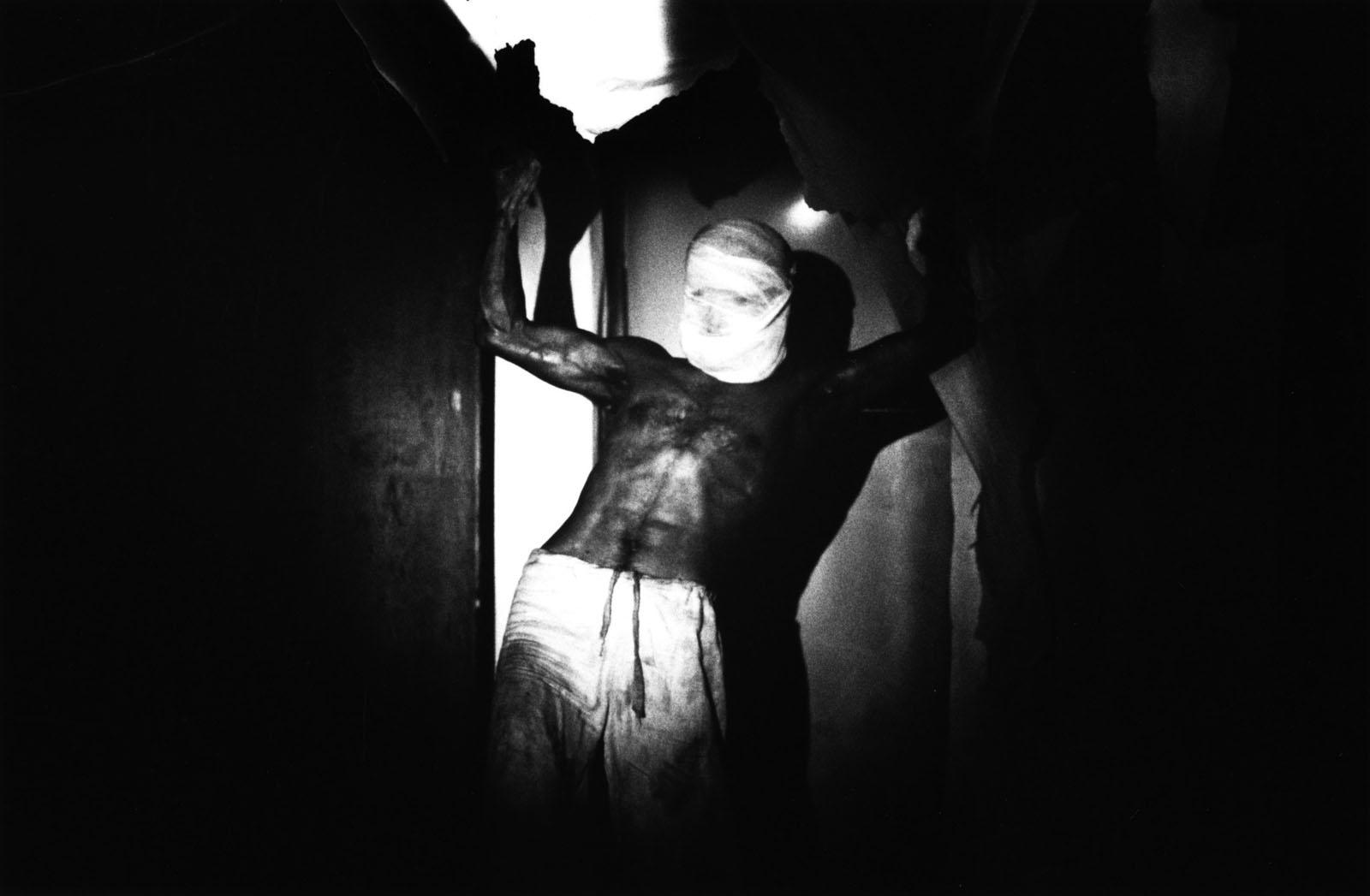 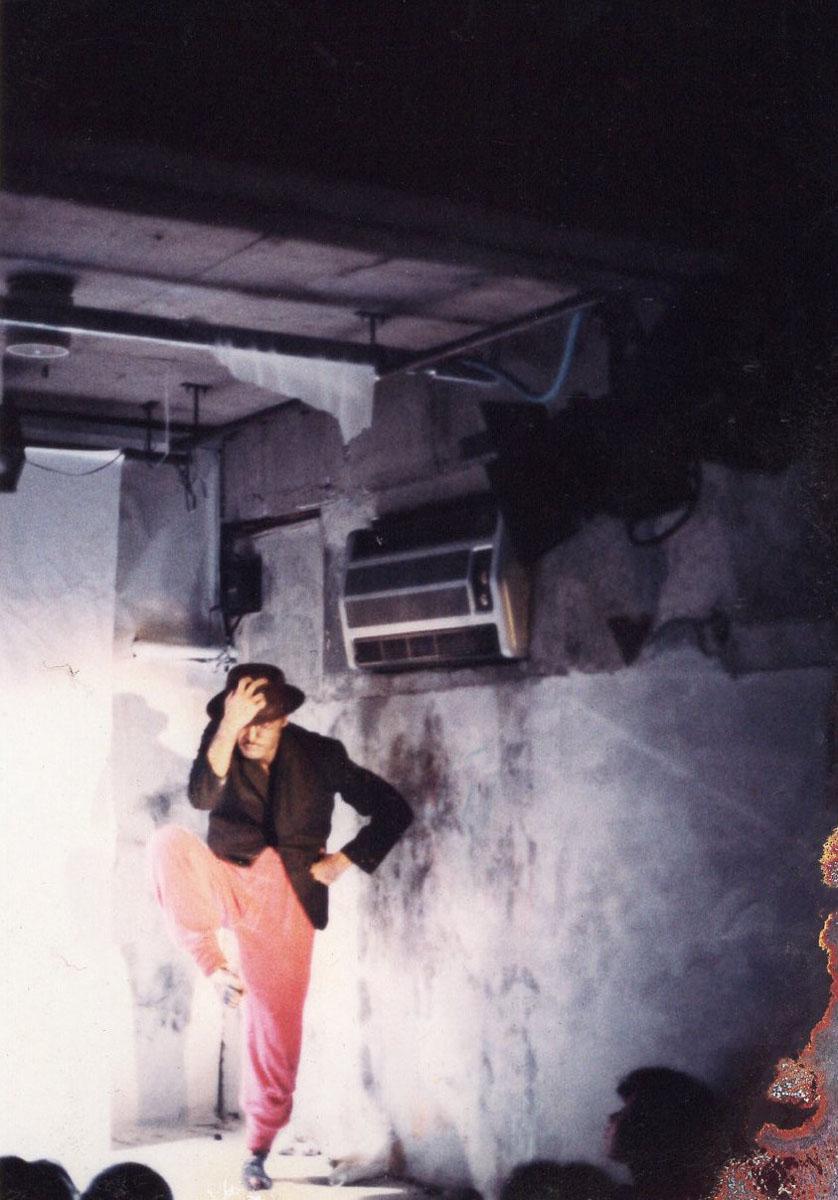 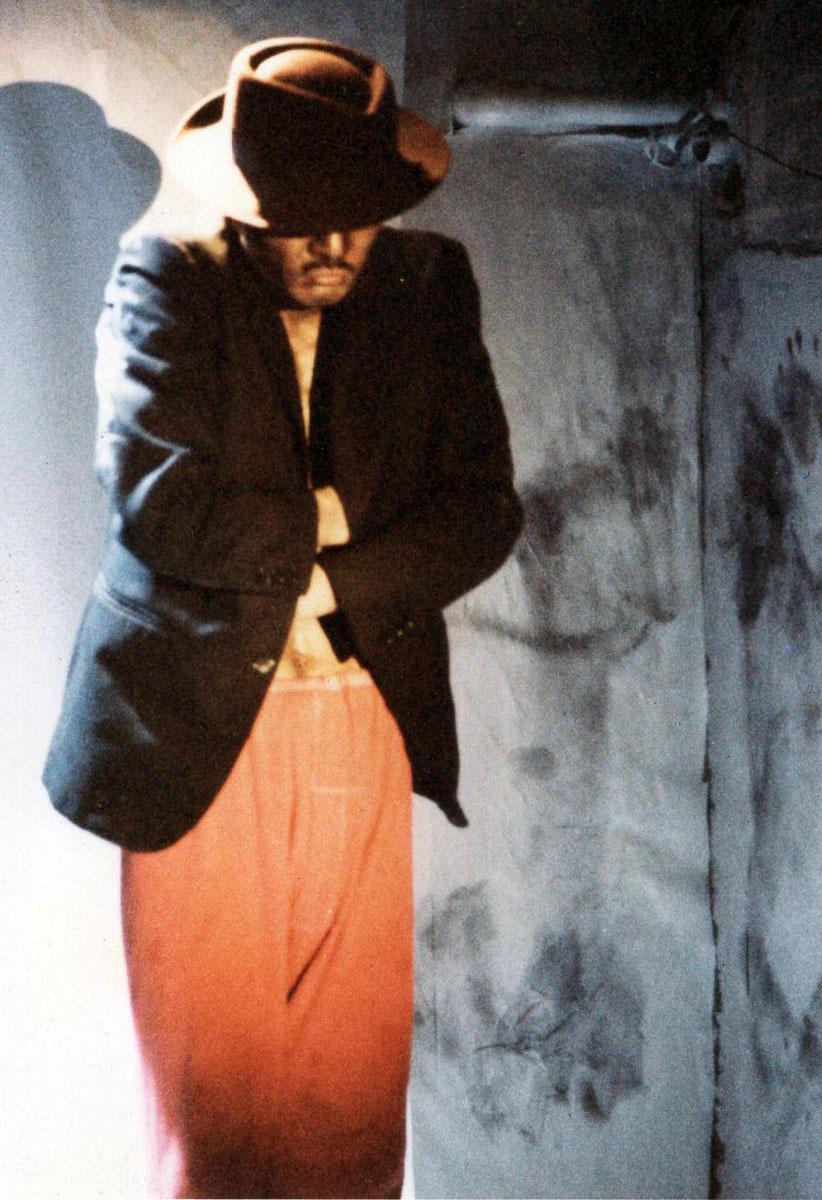 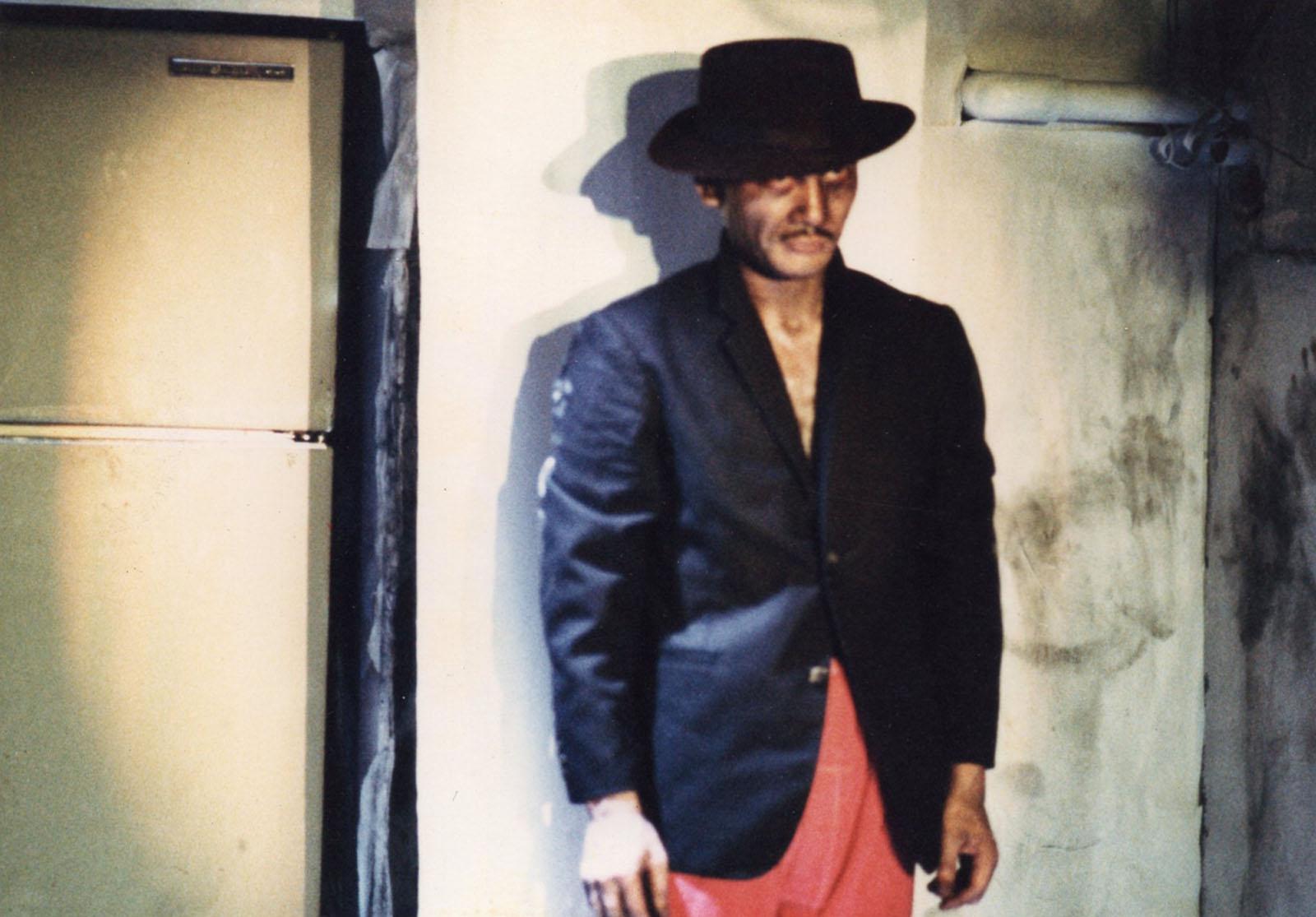 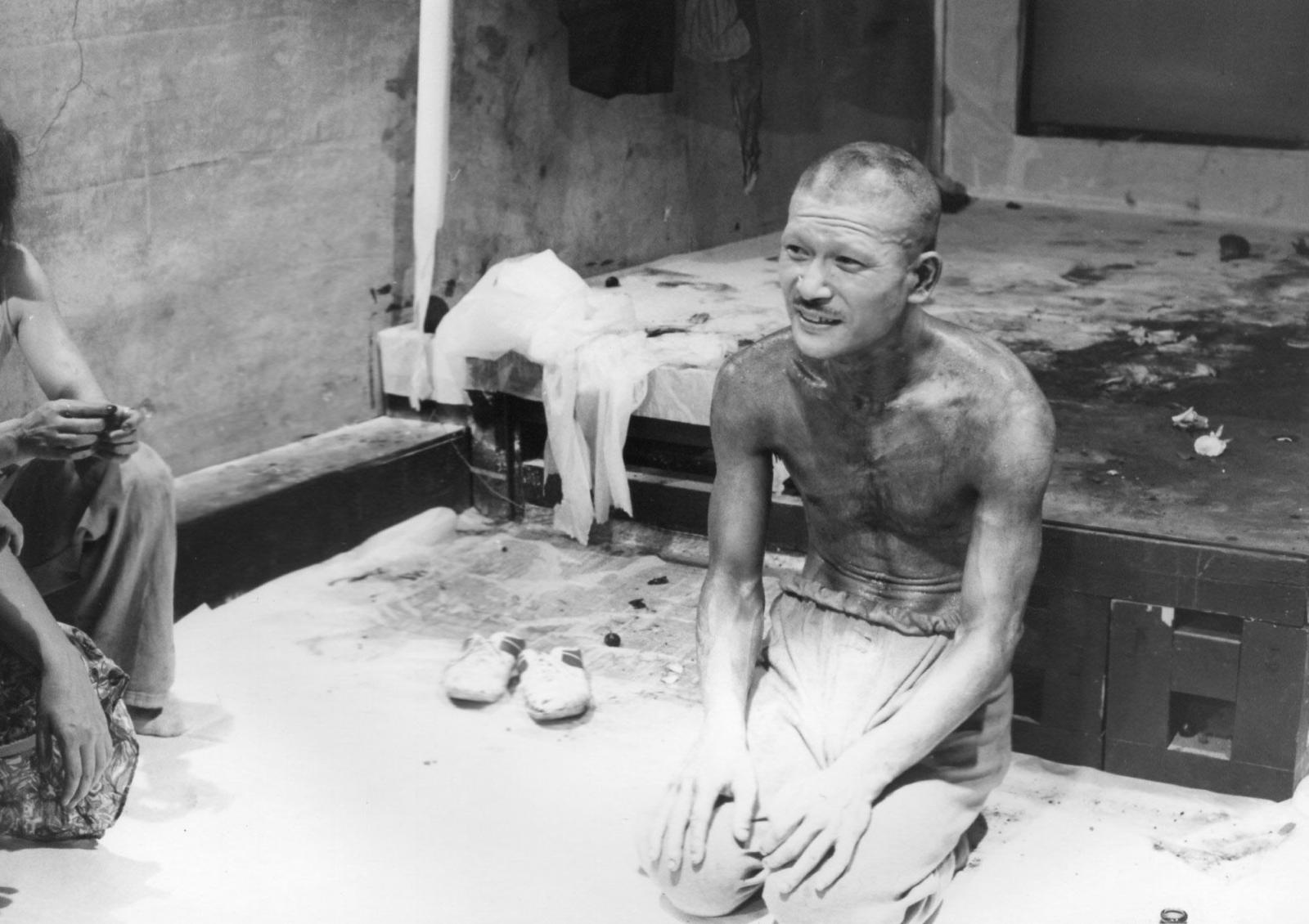