[...] The tour of iki in Italy in September 1984 was the last event of our one-year fellowship. Iki implies breath; to live, or to be chic or stylish. I helped him with translating his philosophical program notes on this tour. It was planned by producers Roberto and Velia, who had been rooting for Murobushi for a while (I'm told that Roberto passed away shortly thereafter, and Velia was involved in the tour in Italy all along). I was suddenly told that I would be on stage two days before the performance on the last day of the tour. Akira Takeuchi, who is currently a member of Sankaijuku, was a sceneshifter for this tour, and Shimada was an assistant who wanted to be a dancer. The three of us in white kimono had to traverse on a stage on which water flowed, candles in our hands. Our act was easy, but I became so nervous that I shrunk up on my first performance in front of hundreds of spectators. I made an excuse by saying that the flame on my candle was about to be blown out by the wind, but Murobushi scolded me and told me “You are so bad” after the performance. He kept teasing me for a while about how I was such a coward in that performance, gesturing and making faces.

That is how my one year with Murobushi passed. My experience of being involved in stage building became useful when I was working as a staff member of “Japan: Future avant-garde,” held in Genova in May of the following year. But looking back on it, it was a lifetime treasure where I was able to see a private aspect of his life, as well as aspects of his public performances, his thoughts, and his expressions at an extremely close range, and that became more important to me. Despite thorough preparation, his stage could overstep its predicted distance in an instant. Pondered words are kicked out; the body stands straight, then falls over. That tensioned texture is irreplaceable. It is a transcendental experience that isn’t well-known. A white-painted, half-naked body that crouches down and bounces, using the springing dynamics of the body distinct from that of the bodies of Westerners, now resuscitates itself again. It realizes the words of Hijikata that Murobushi kept in his mind: “A leaping at the entire risk of one’s life,” a form of corpo=reality. 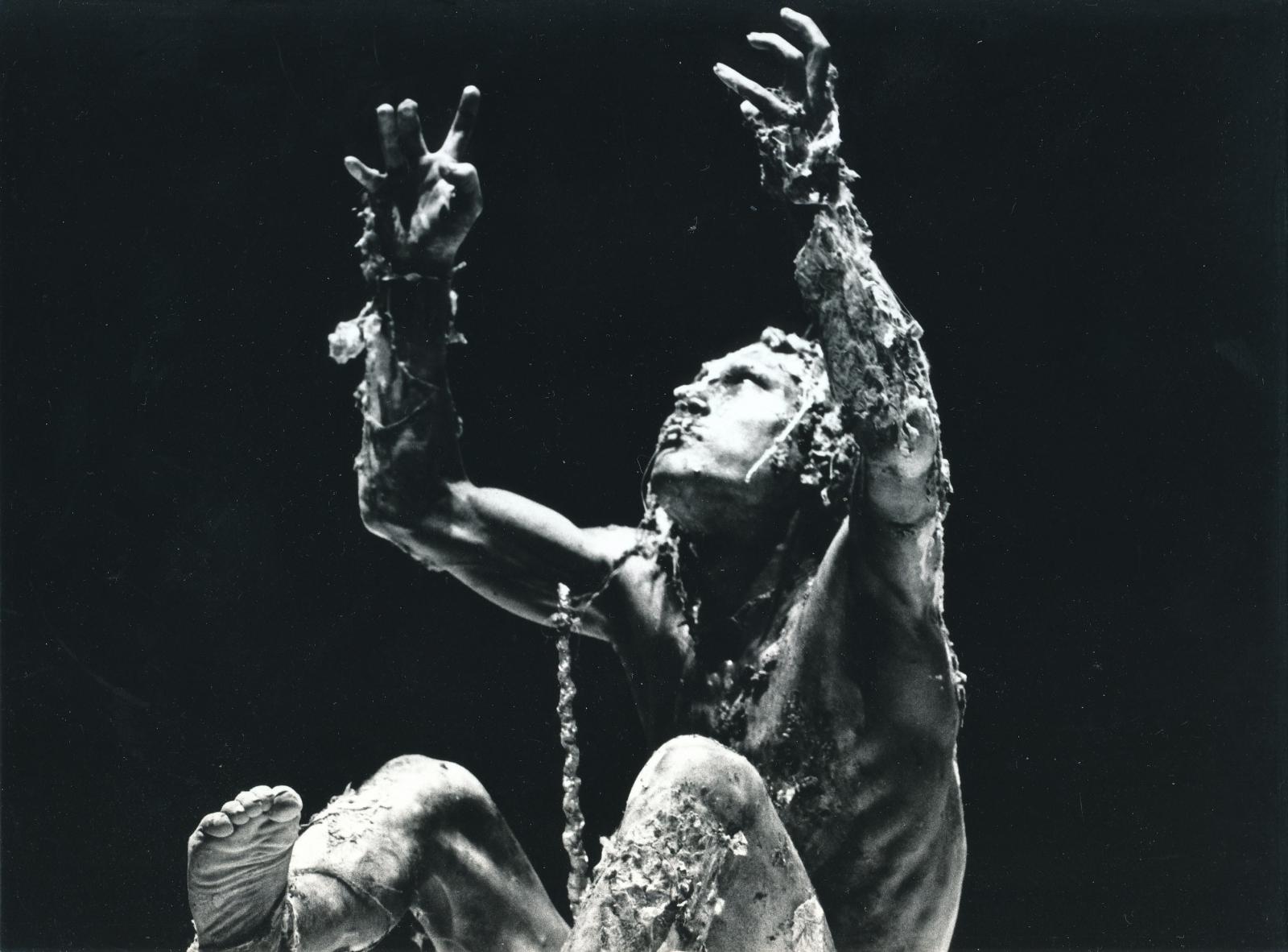 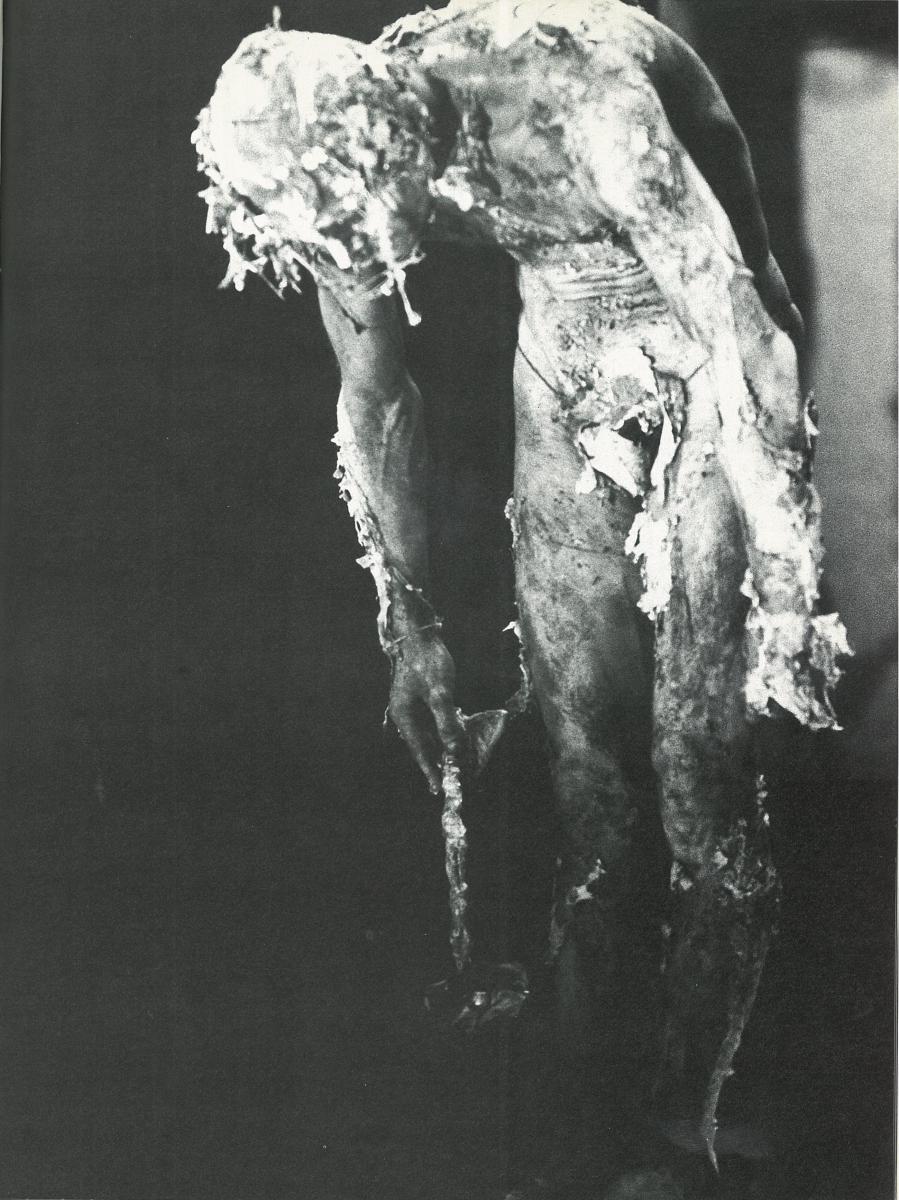 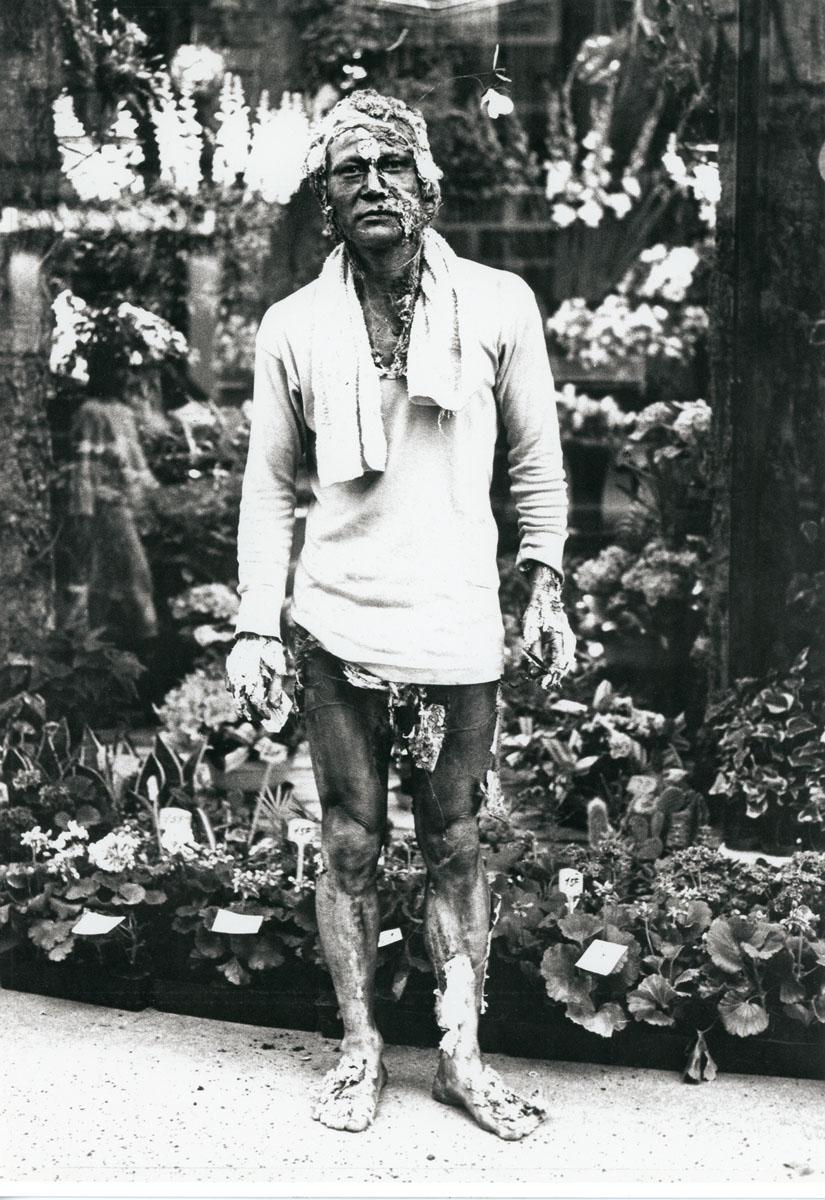