I was not born with the atomic bomb, and neither is it the source for my dance. I have been thorough more personal times of terror and desolation, so that I cannot even bring myself to remember them. I have known death, my own death. My ordeals have killed me many times and yet I am still alive…

Besides, spectres are something which I have often encountered. I have even heard the footsteps of amputated legs and the moaning of lost voices belonging to my uncles who died in the atomic bomb.

In fact, it was the shock I felt watching the Alain Resnais and Marguerite Duras film Hiroshima, mon amour which introduced me to death. My dance was not born from the images of towns devastated by the atomic bomb, but instead from the more radical and violent experience of this film. (KO MUROBUSHI – 16TH JUNE 2011, PARIS)

I am once more seized by a desire to discuss what lies deep behind Butoh dance. Or rather, I want to discuss the impossibility of speaking, of the impossible experience. Discuss what it is that, at the very moment when I think, erodes my thought at its source, disintegrates it. Discuss this ‘nothingness’ which is my very foundation, which is still the source of my life.

We are like that bank clerk transformed into shadow at Hiroshima.
We all live like that.
If we could see our bodies like that, there would be no need to dance.
The shadows of a man etched into the bank’s stone step as his body was destroyed by the atomic bomb dropped on Hiroshima.

Unfathomable silence at the heart of the experience.
Silence / Noise
try to remember.
Have we met?
Only uncertainty is certain.
The brilliant bombings of the B-29s, the oppressive beauty of tsunamis.
Dying while watching something beautiful.
Stupidity of the man killed while watching ‘that’
Cruel beauty.
Dance unable to dance.
Things which destroy themselves and destroy themselves again
You start dancing with your silence on the silence.

A dance evoking your corpse, your carbonized body.
A dance even of that sound which killed sound.

I will never know Hiroshima.
It will always be an outside experience, lived by others. And yet I keep talking about Hiroshima.

About that ‘nothingness’ without beginning or end, already deep inside myself, which shines with the light of darkness. 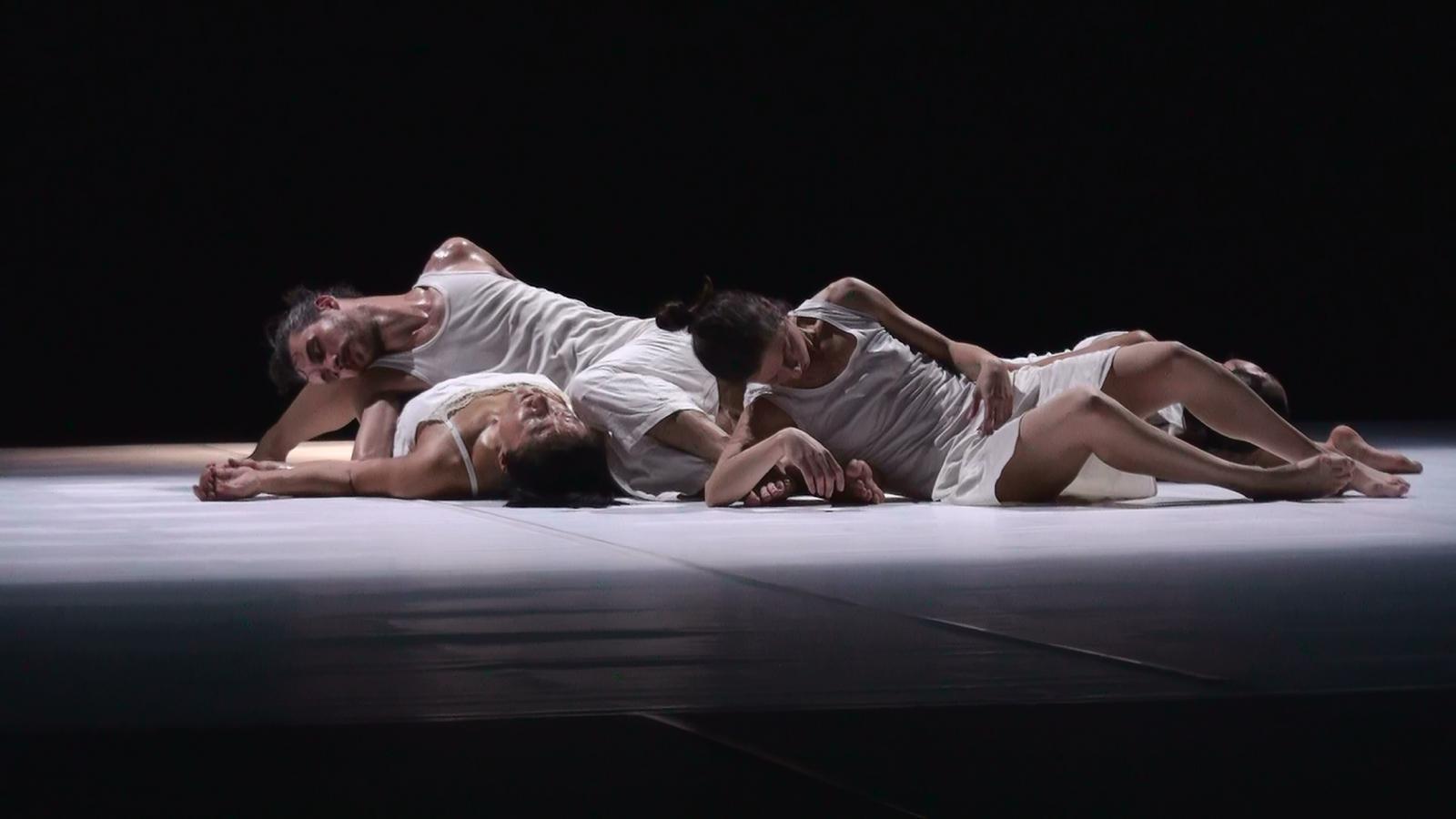 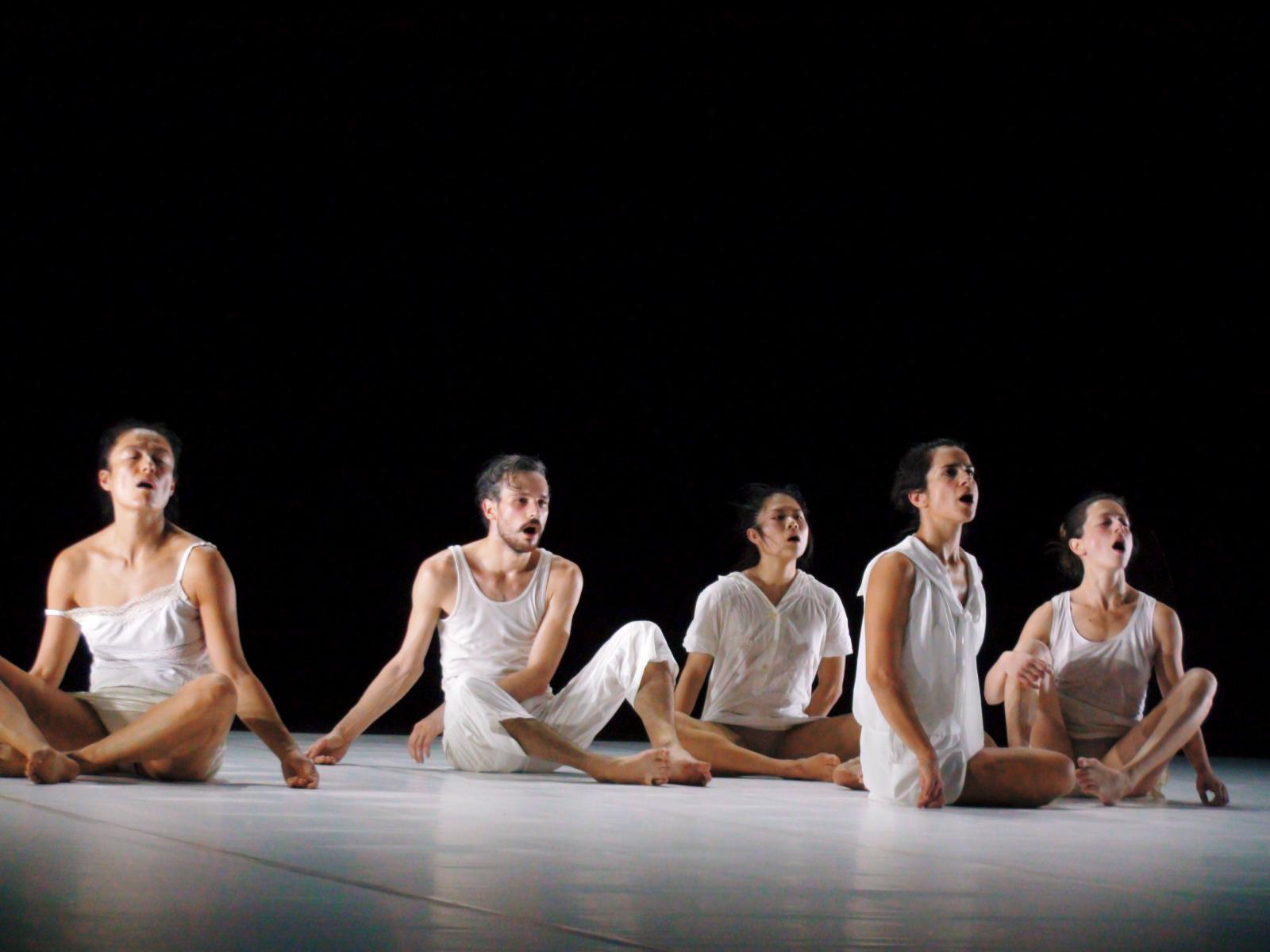 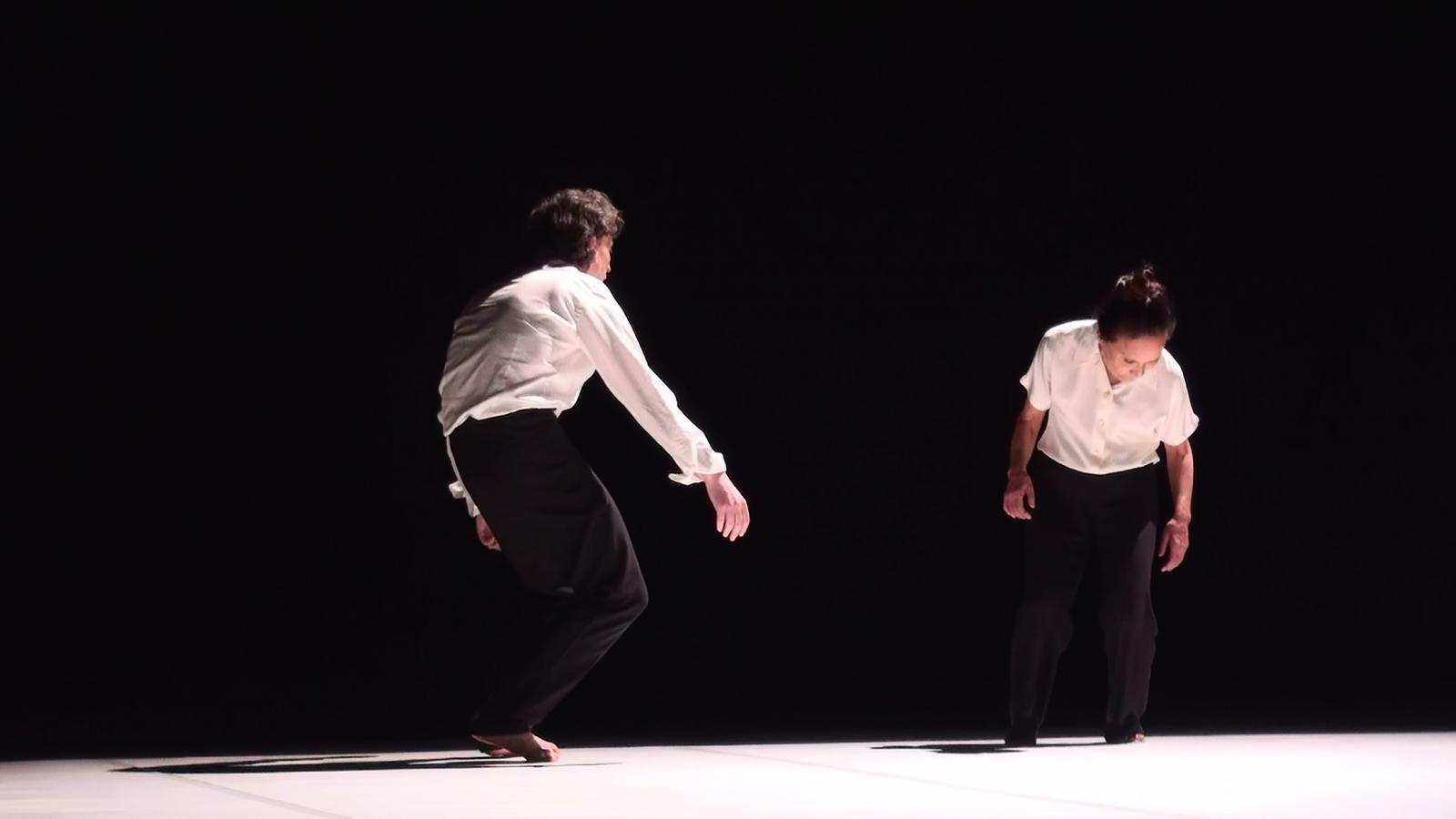 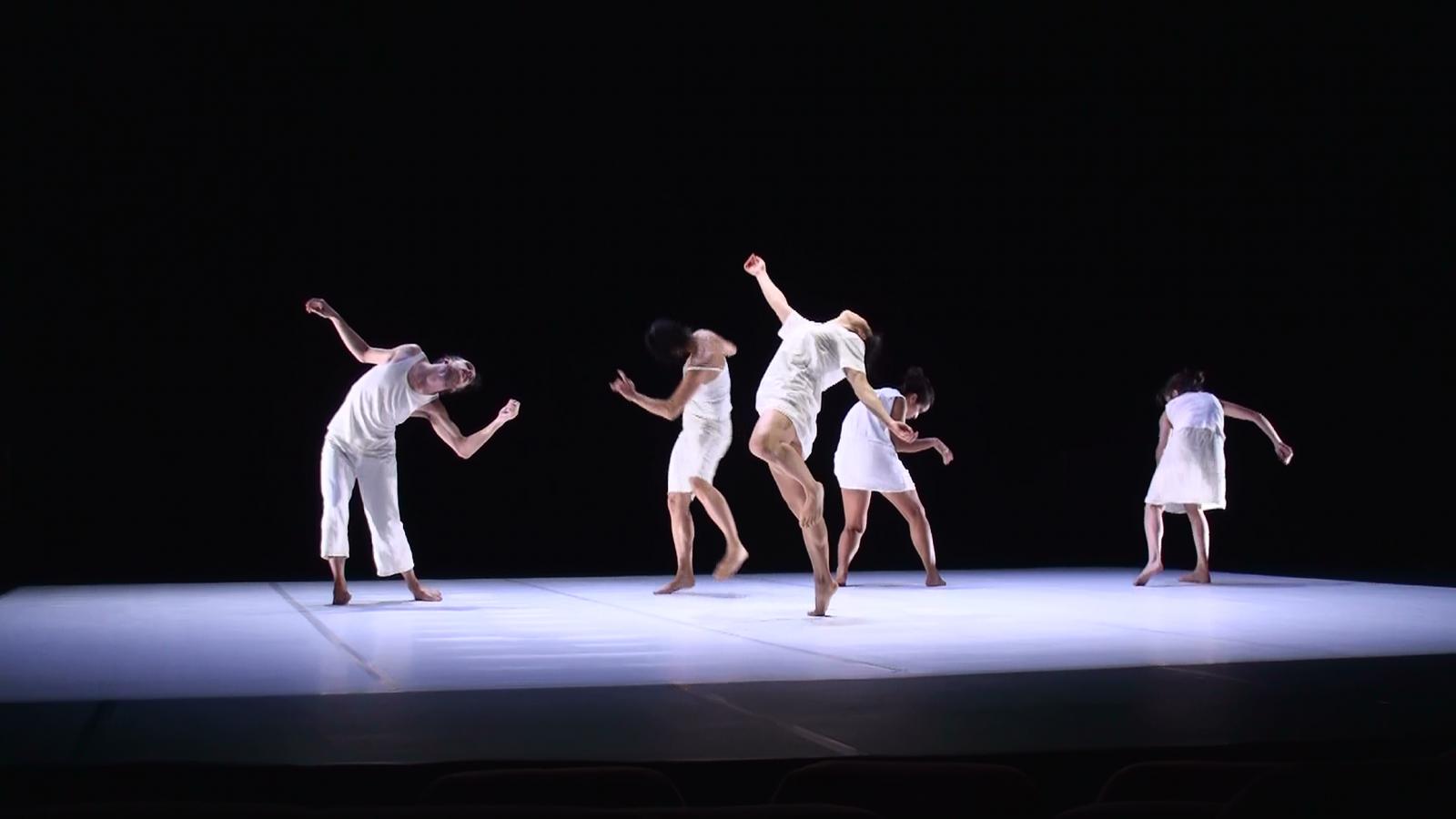