As a unity with freedom, with Maro’s hope, Dairakudakan proactively branched out and Murobushi also went independent. Under the name of Butoh-ha Sebi (originated Zoroastrianism = originating from Zarathustra) and remodeled by hiring silkworm farmers located in the middle of the mountains in Gotaishi, Fukui Prefecture, it was given the name “Hokuryukyo” and there it began its activities. This work was its debut performance to commemorate the occasion.

With the themes of ‘The inquiries/new dialogue to the climate’, ‘The wandering/nomadism that is the fundamental way of public entertainment,' ‘The casket/womb as a magnetic field of prototype/rebirth’, the Butoh monastary Hokuryukyo was opened in the city of Gotaishi, a valley in Fukui Prefecture, and there it came down on us.

Running all over the borders, racing across the countryside,wandering the cities, and crossing over the straits ,<Butoh>; it is standing on the boundary line between one country and another, between dreams and reality between life and death, between sky and earth, between the city and country. A country’s borders are always slope itself that enveloped in flames. The endless march of a yamashi (trickster) of Echizen with tall pride!
(both from the introductory text by Murobushi)

With his graduation thesis on “Mummy” was the theme Murobushi discovered as his theme of graduation thesis and as he actually went to Dewasanzan, where mummy was enshrined, and experienced the way of the Yamabushi for himself.

To me, the Mummy is not dead, but is resolute against death and living while embodying death. Hijikata calls it “a corpse standing between life and death,” but in the end, even a corpse dances, does it not? All life is a process of collapse, and collapse is a dance in itself. I think the Mummy is close to this idea. To exist as oneself is a body that is being mummified. When I first did “Mummy,” it was at a performance called “Komusou” in Fukui, and I actually went in a casket and lit a huge fire inside (laughs). … [omitted] ... About one thousand people came from all over Japan. We performed an extra day for the local villagers who could not fit inside. I think it was an interesting performance. It even became a top article on “Asahi Graph,” and on the second floor stage where two hundred people could fit, there were about three hundred people. When it ended and everyone stood up, the whole building shook (laughs). HIjikata came with Ashikawa and Tamano, too. Everyone swam at the Echizen Kaigan. My Mummy had a force. It was covered in mud. With the point  of the Mummy’s inability to move, from there, what do we need to do for it to move? I think that was the theme. What can we do in order to unravel that and invent a way for movement? I did things like practicing in electric baths.

This is the work in which Ko Murobushi first danced “Mummy.” 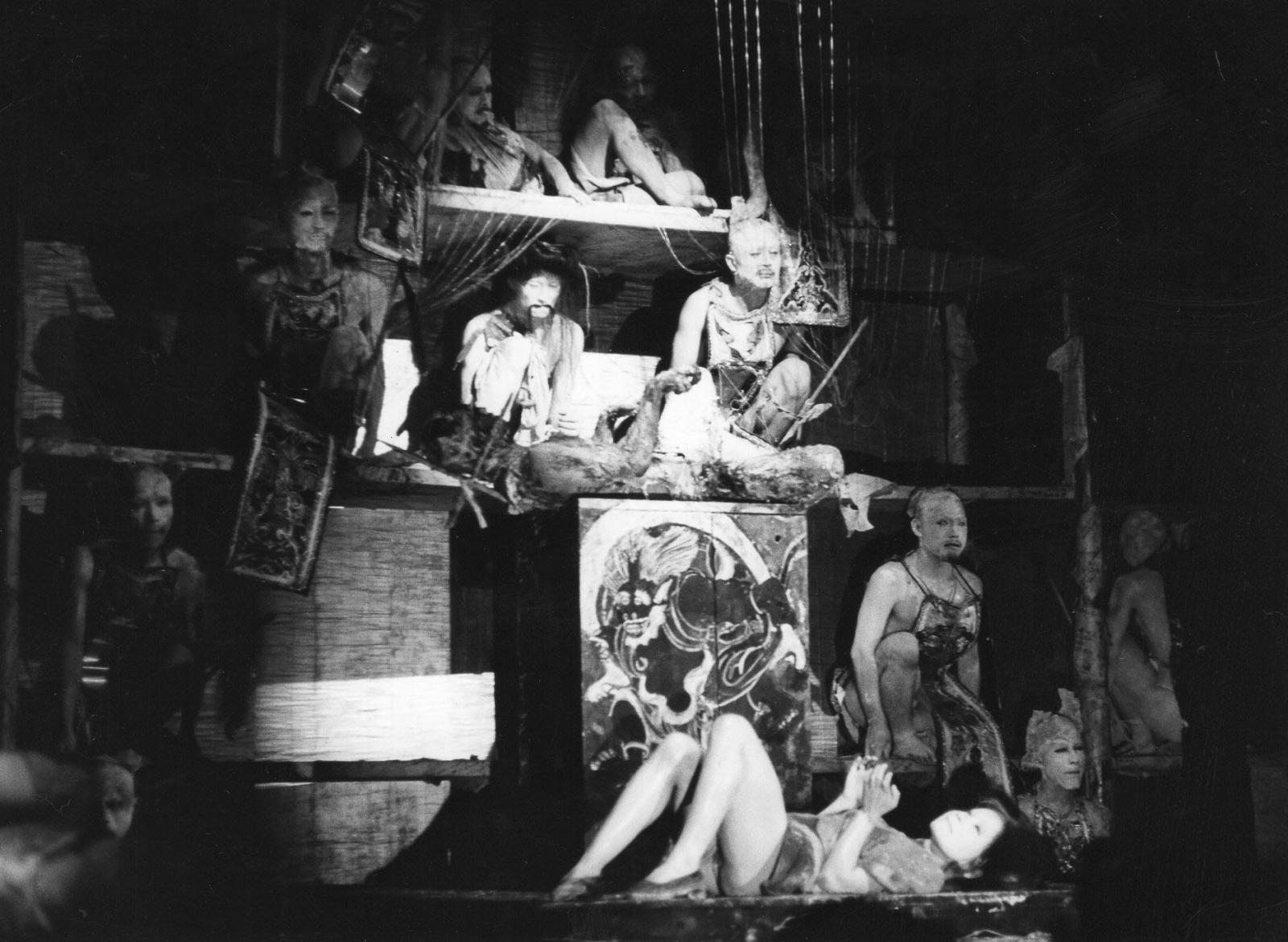 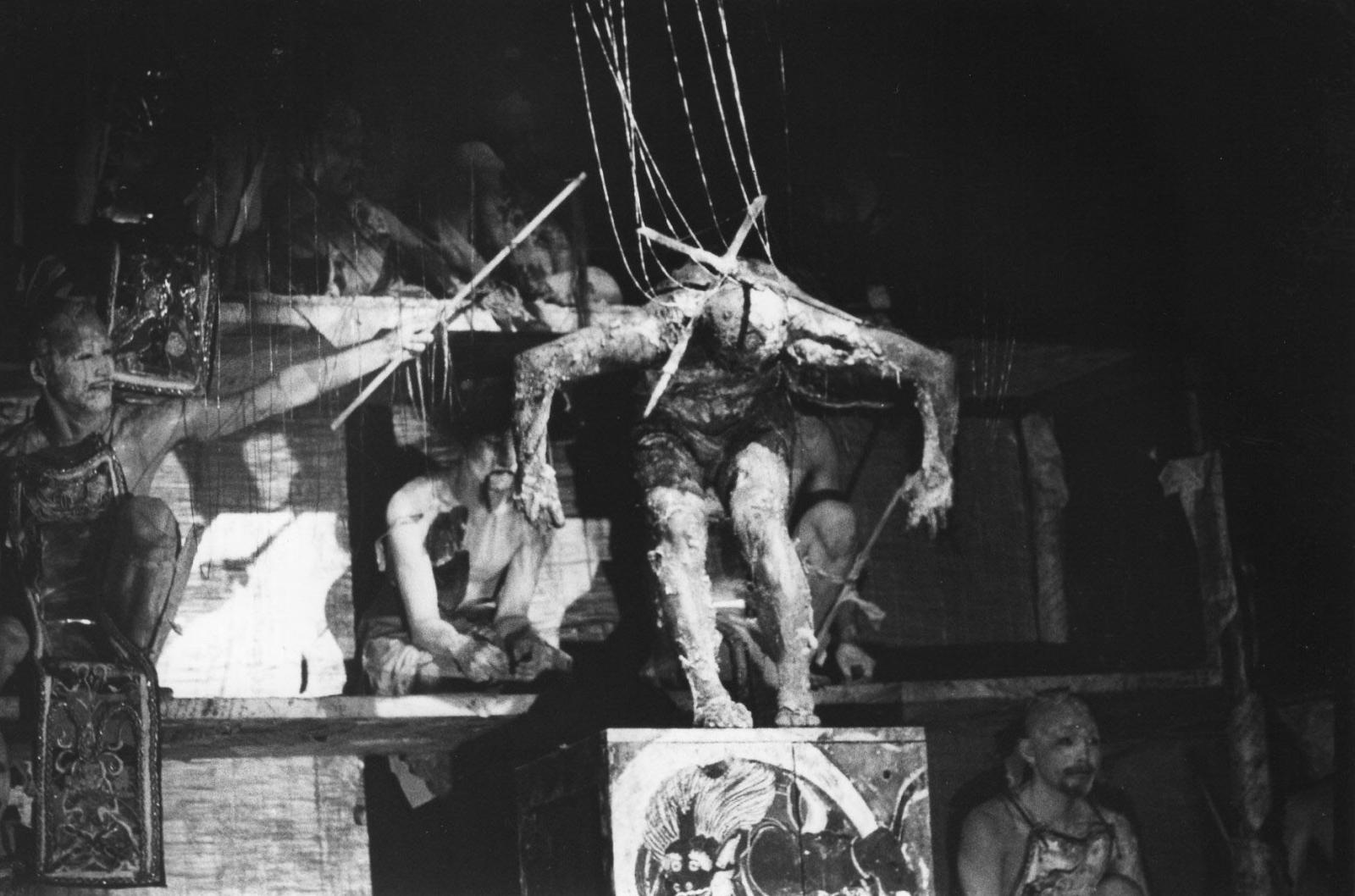 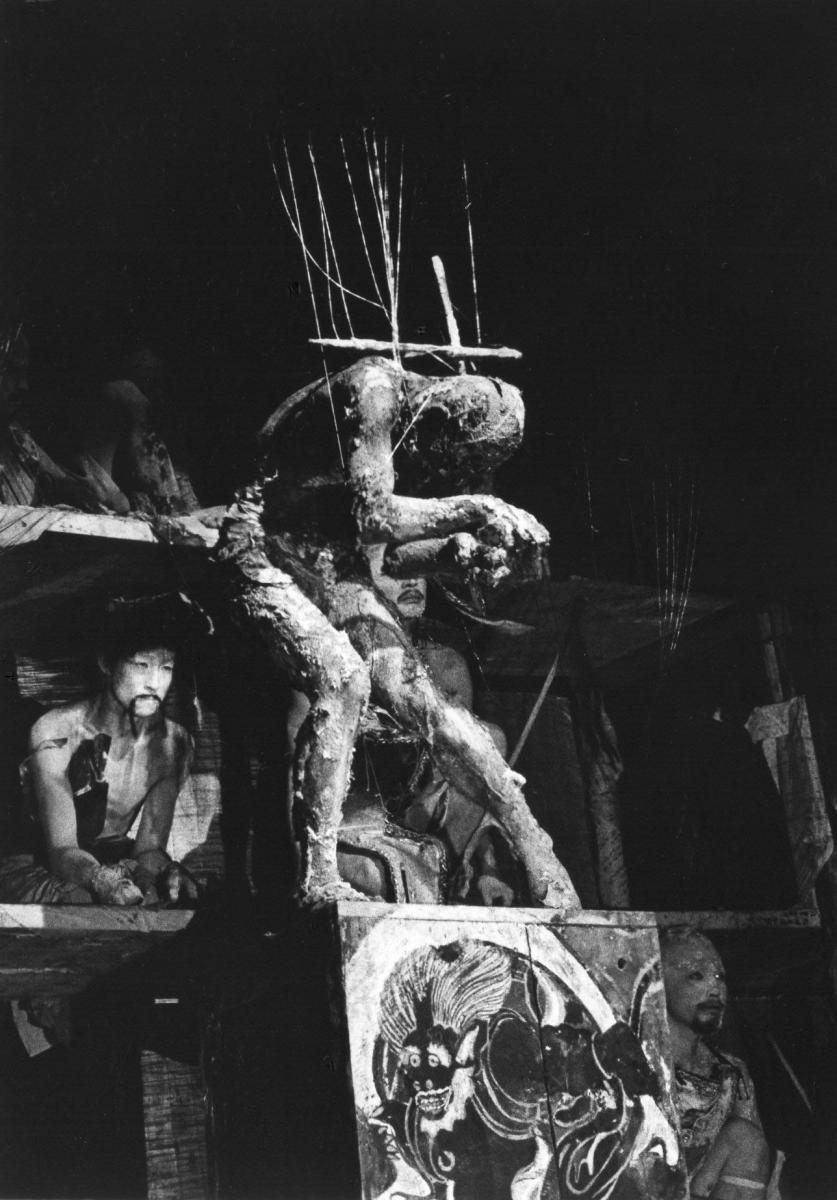 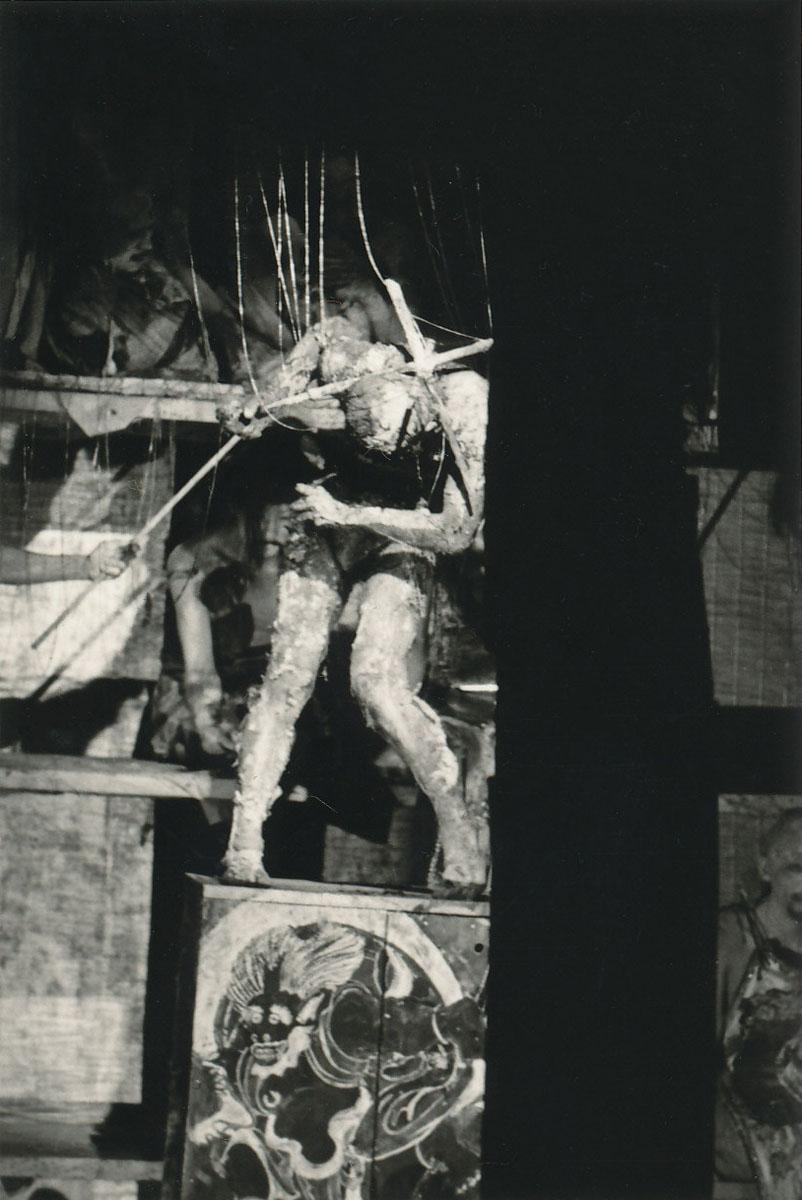 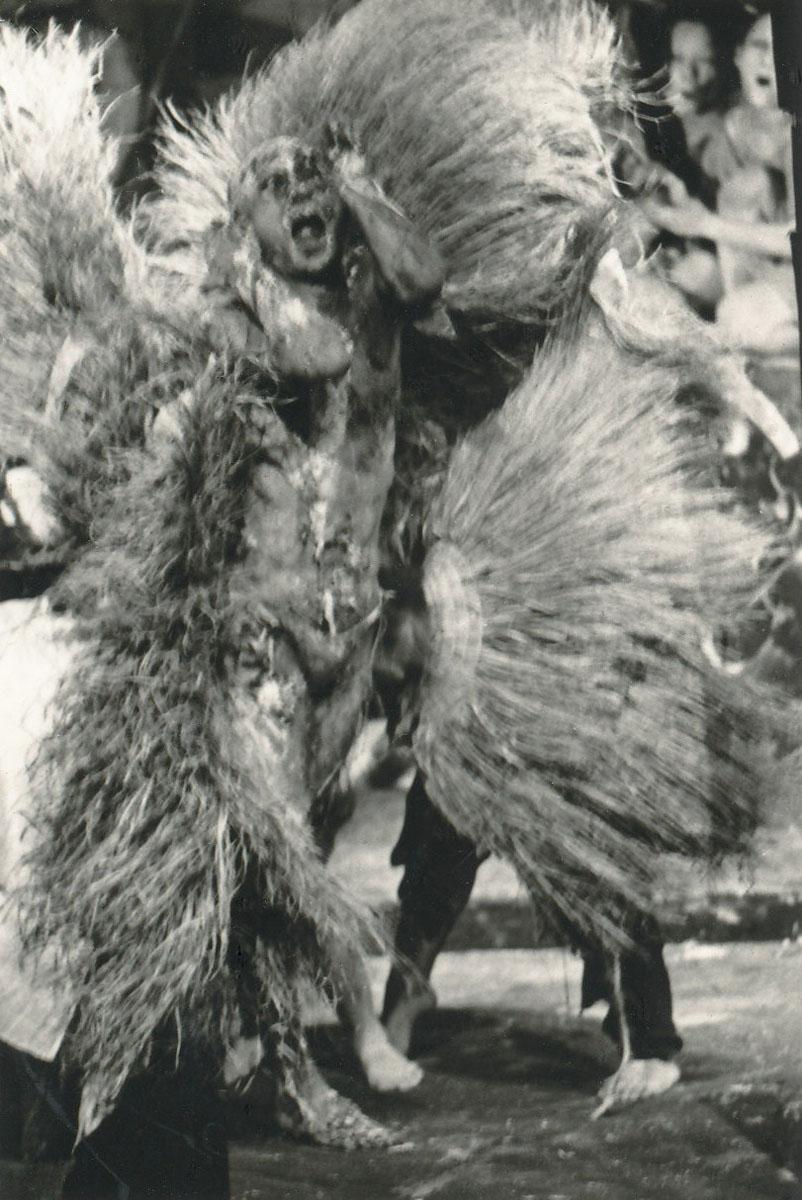 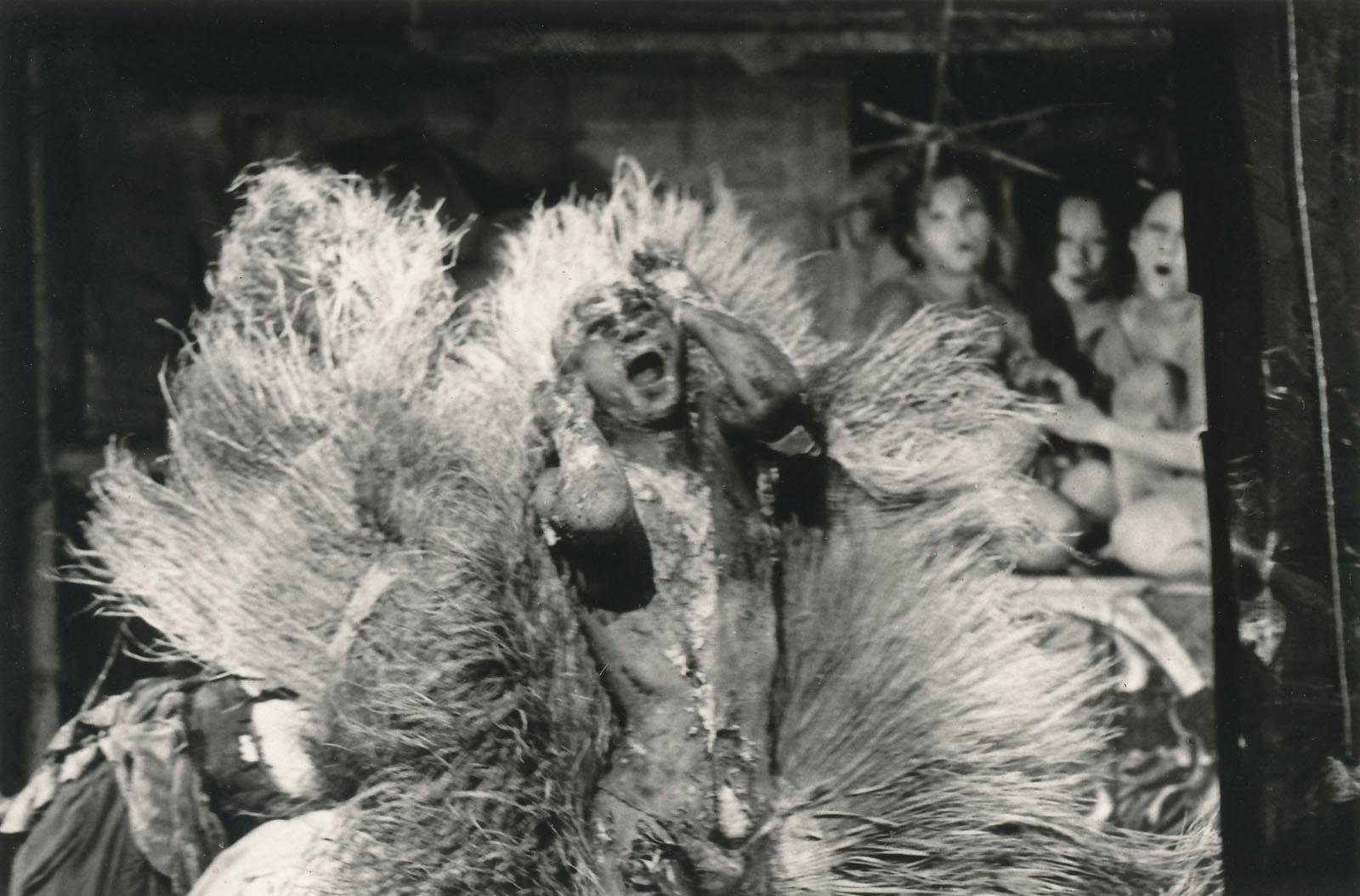 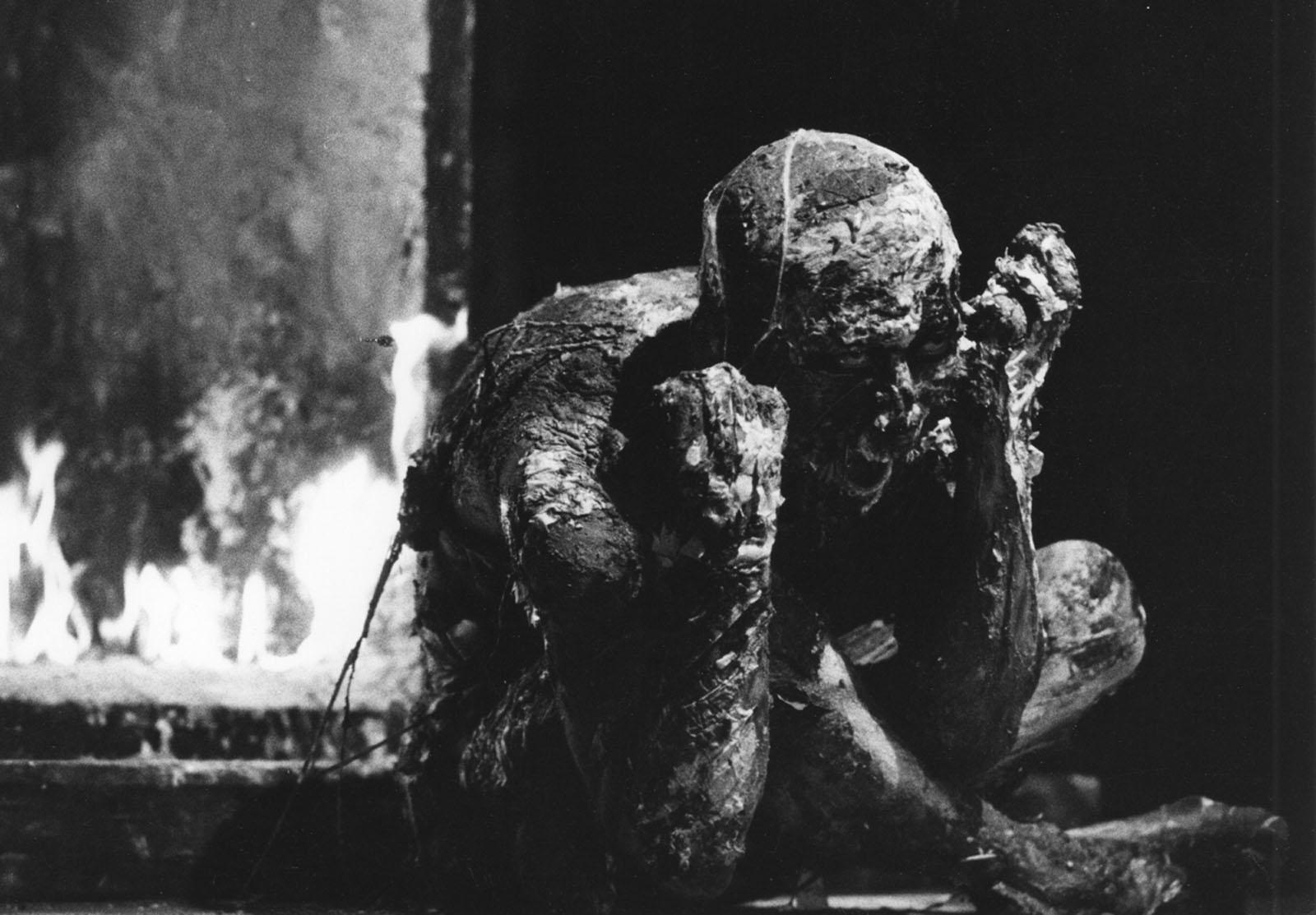 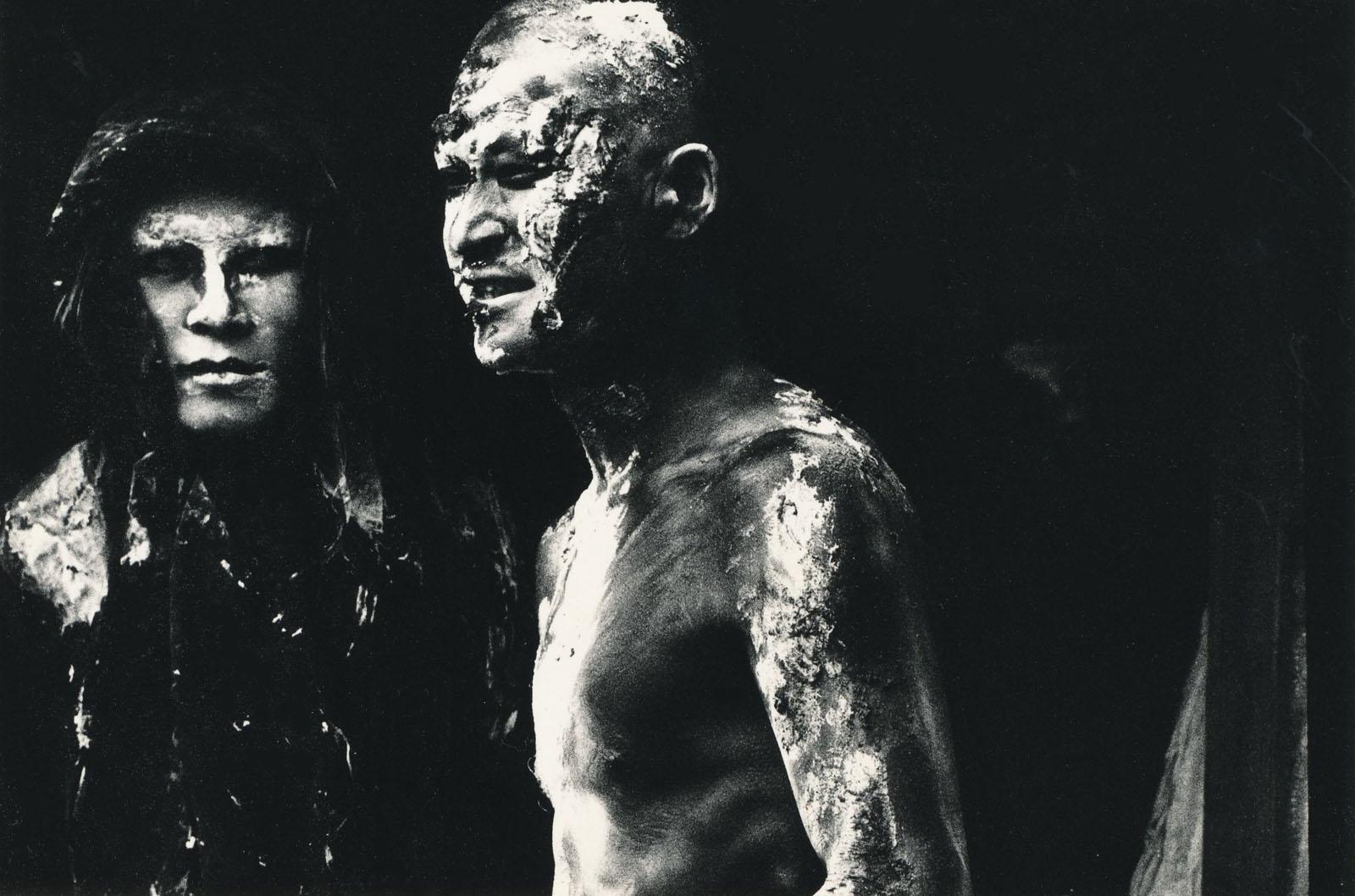 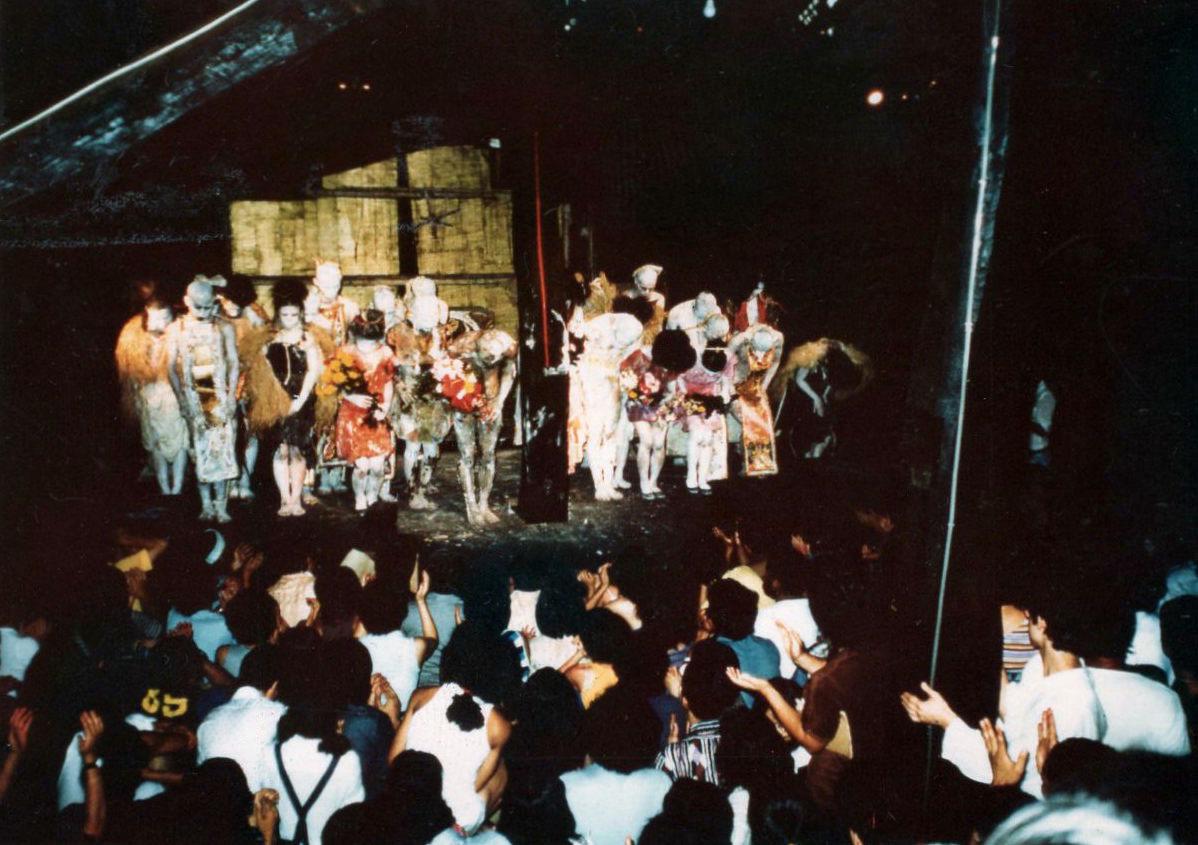 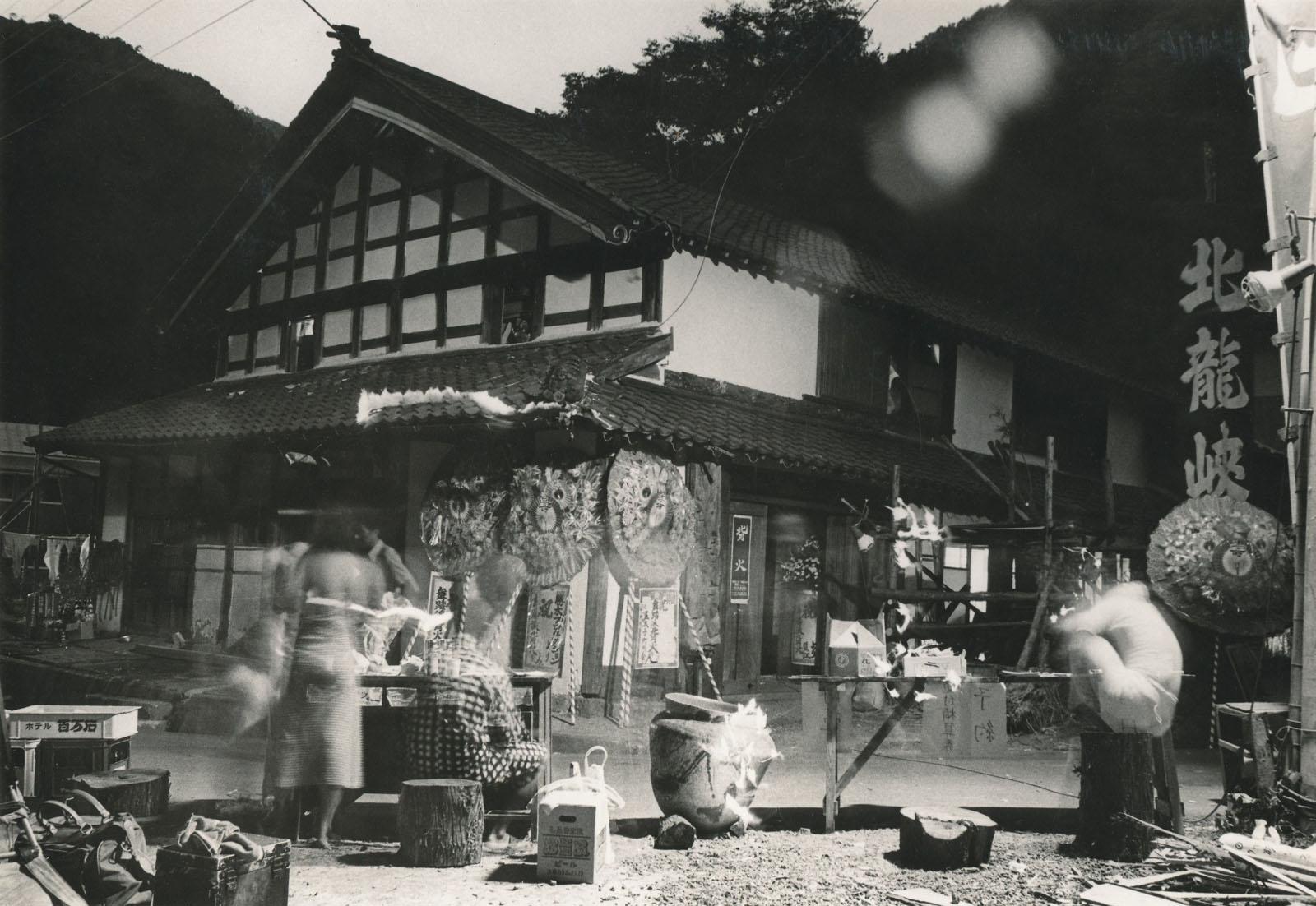 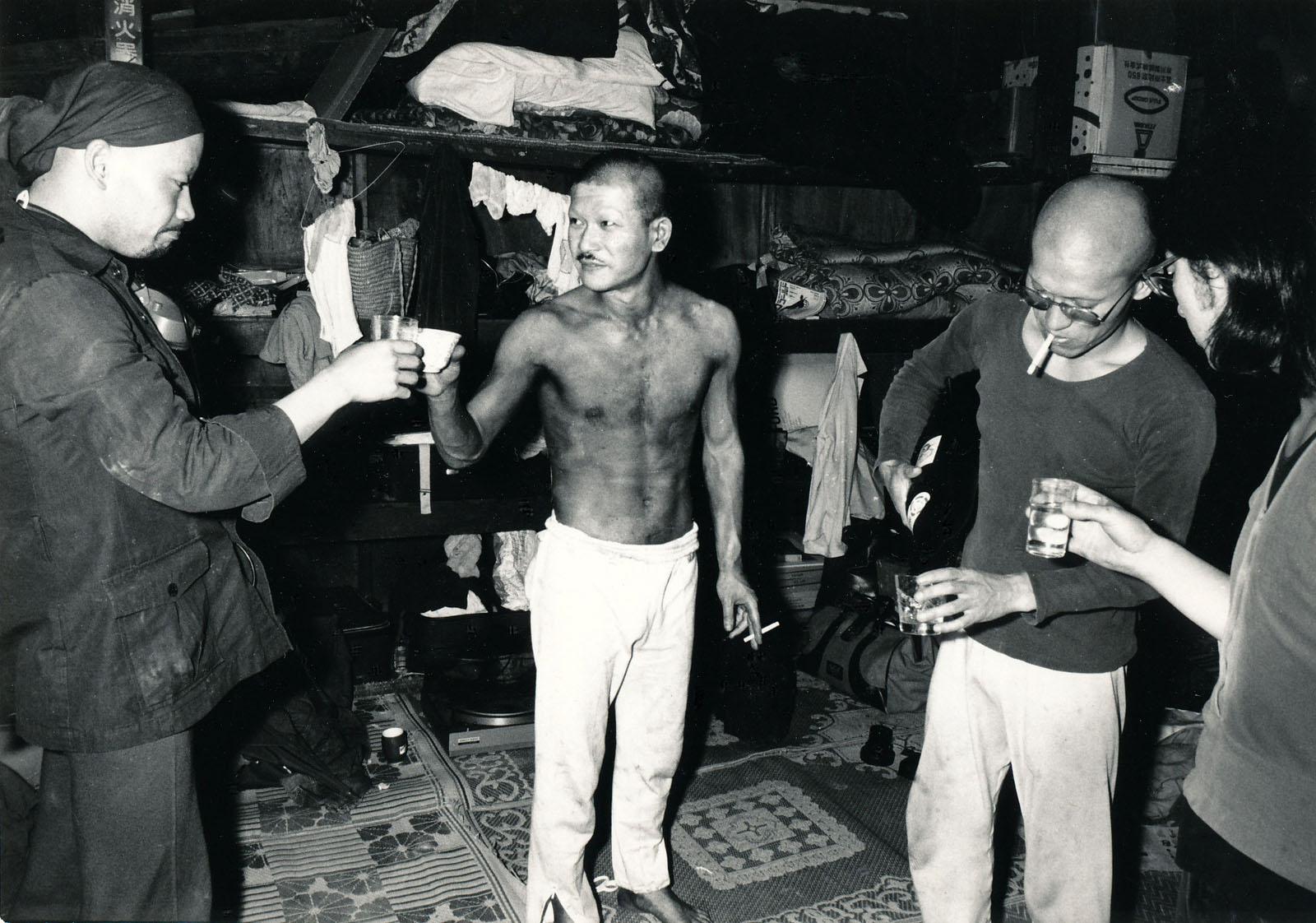 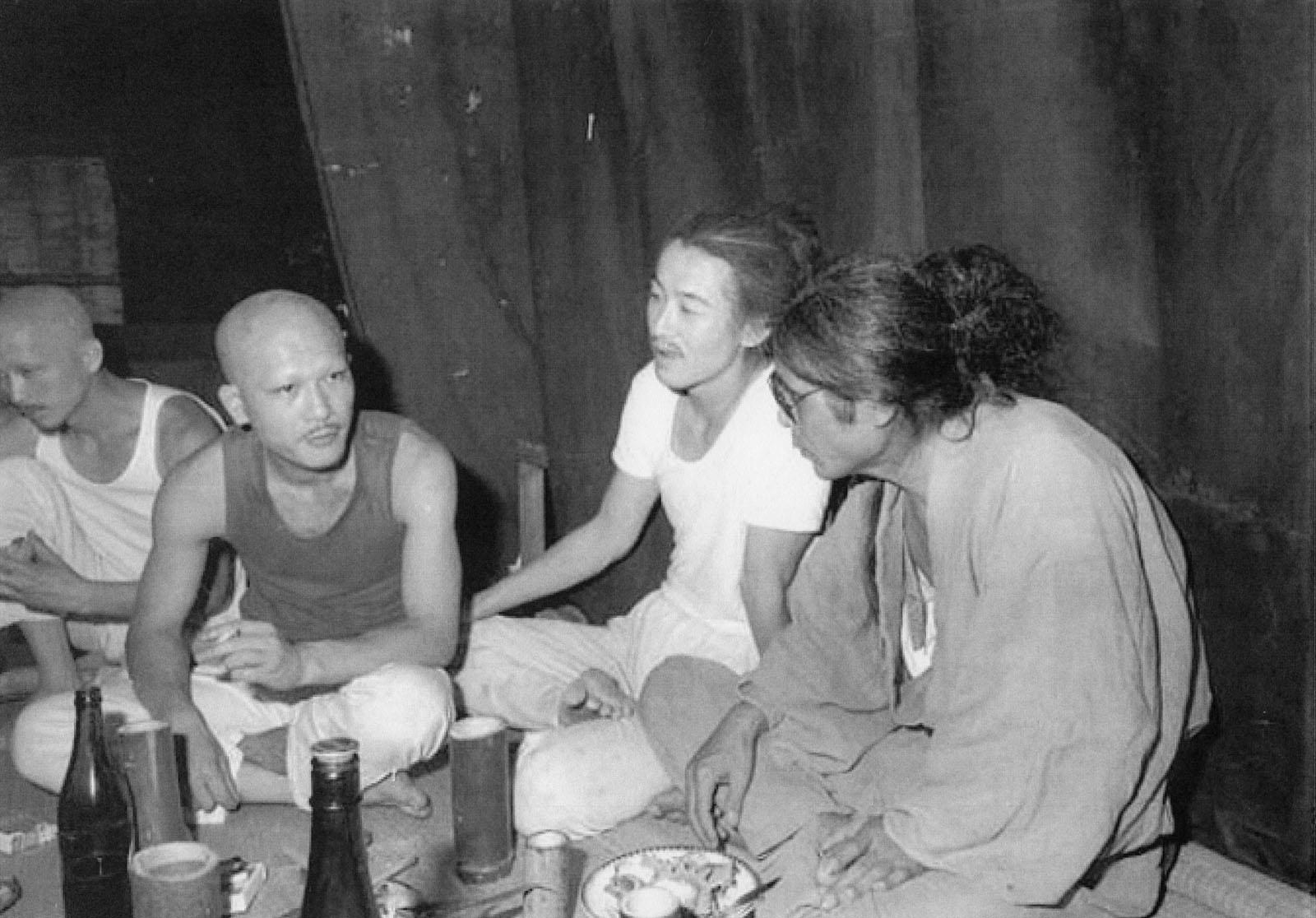 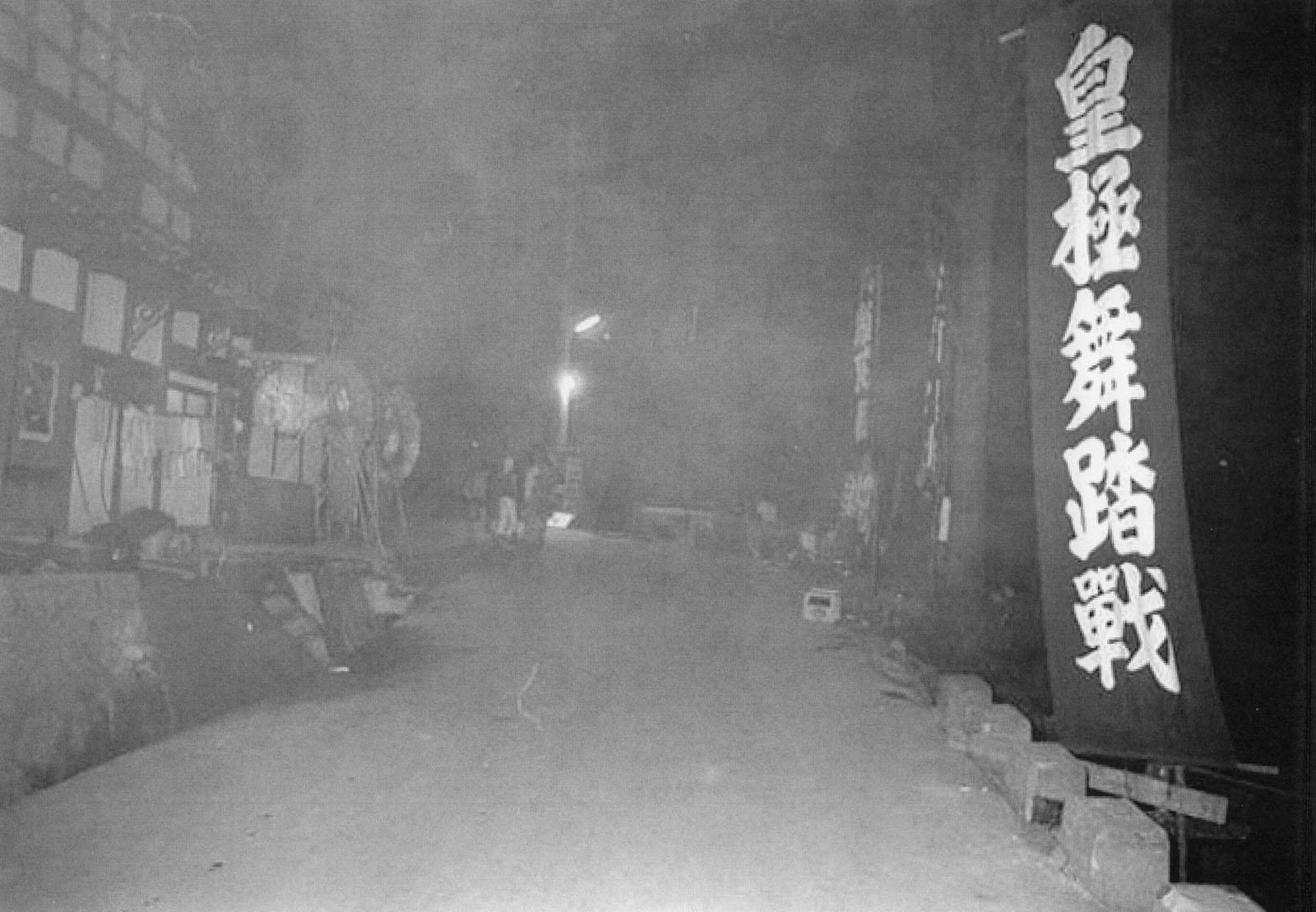 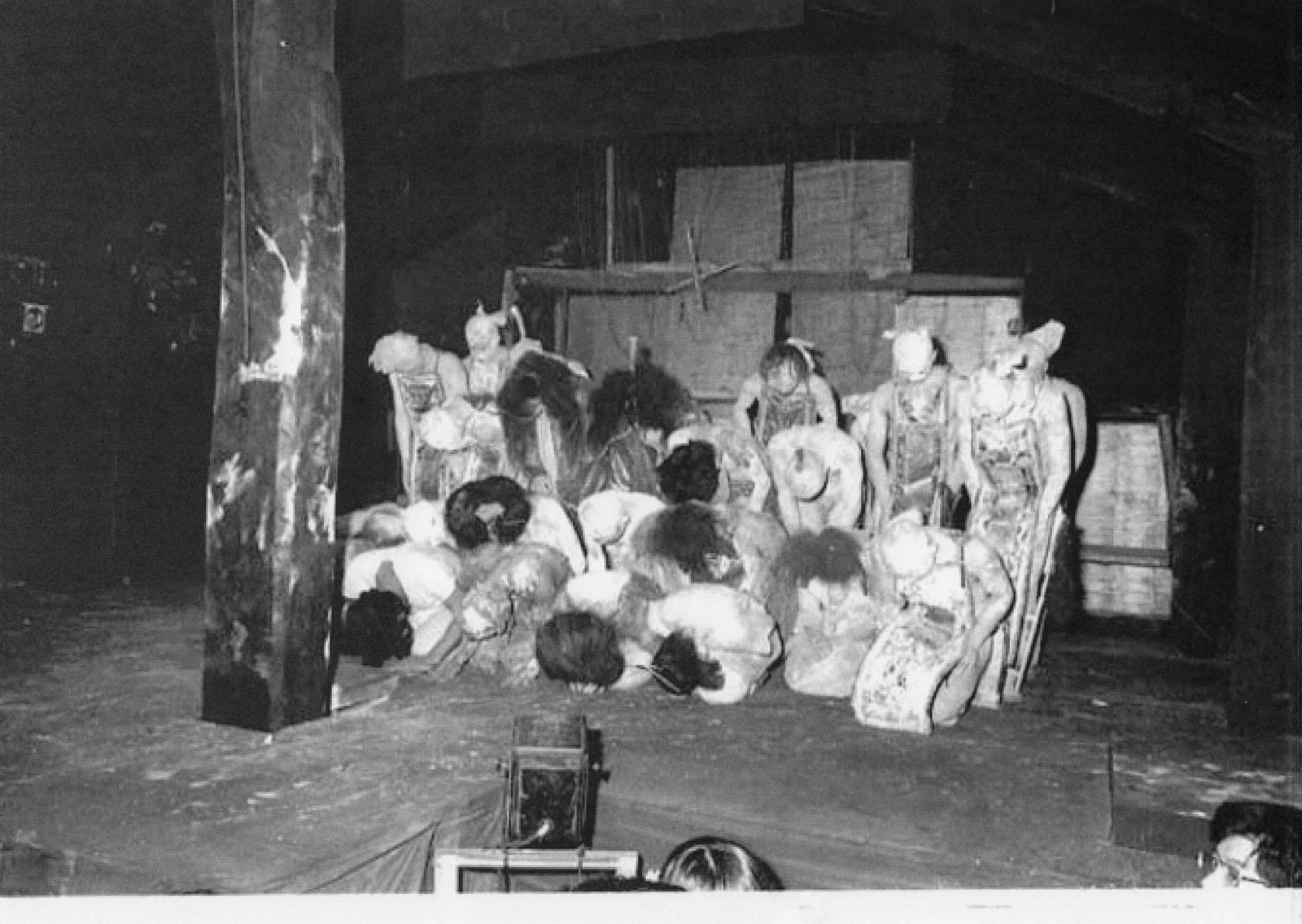 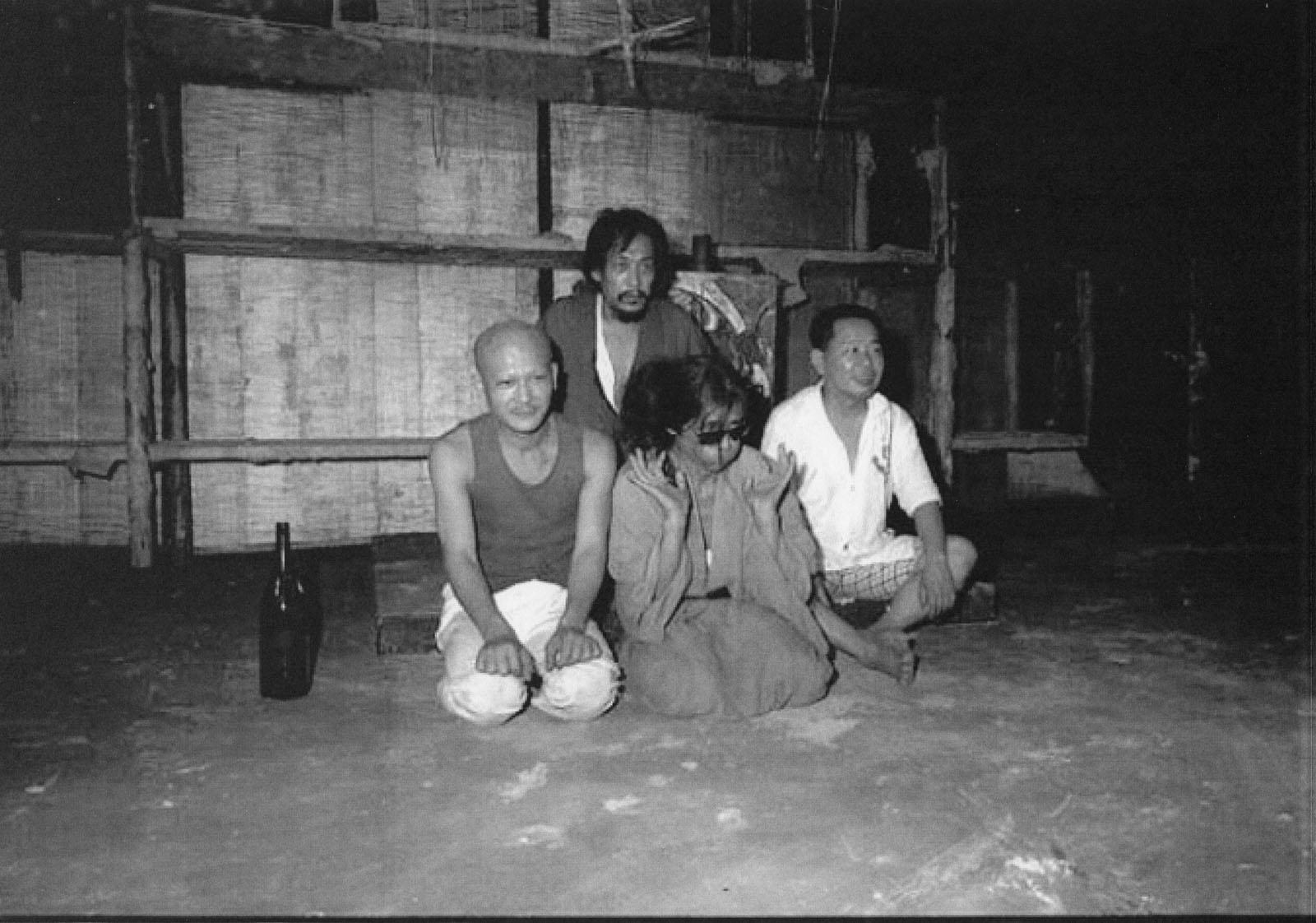 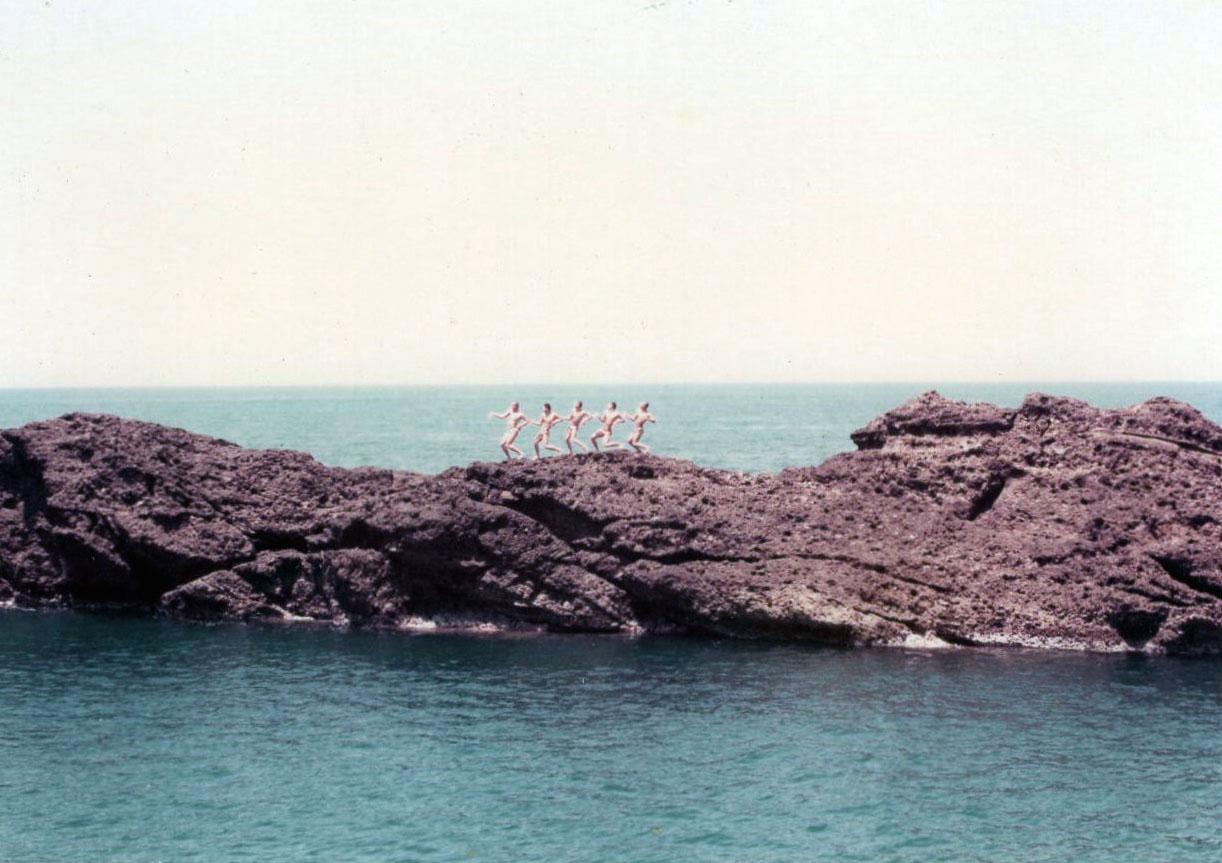