It is the performance that Ko choreographed for duet with Masahiko Akuta at “One and thouthand nights of <outside>.”

Ghost of Antonin Artaud is standing beside me
with a syringe hanging from his neck
like an iron nail of sacrifice driven into his own body.
The magical language of the non-christian, Tamayura, furthering the cracks running through his own words --

With empathy to Artuards’ fight, I began to dance.
My dance of the Mummy was also to cut a gouge into my body and my words, it was to expose them,
on the border of life and death, it was to invent the dance of the body that had strayed from dance.

One and thousand nights of ‘Outside’ 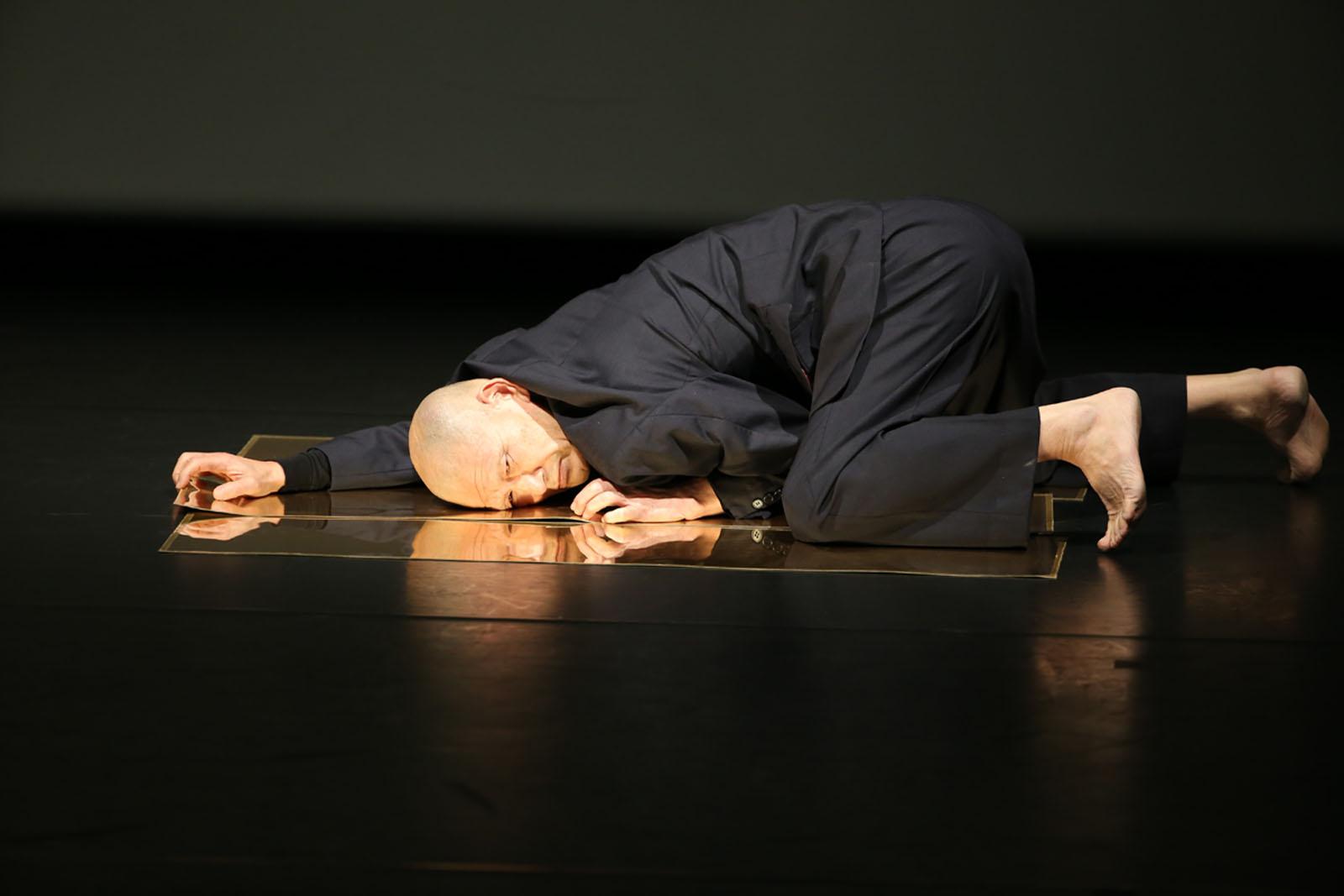 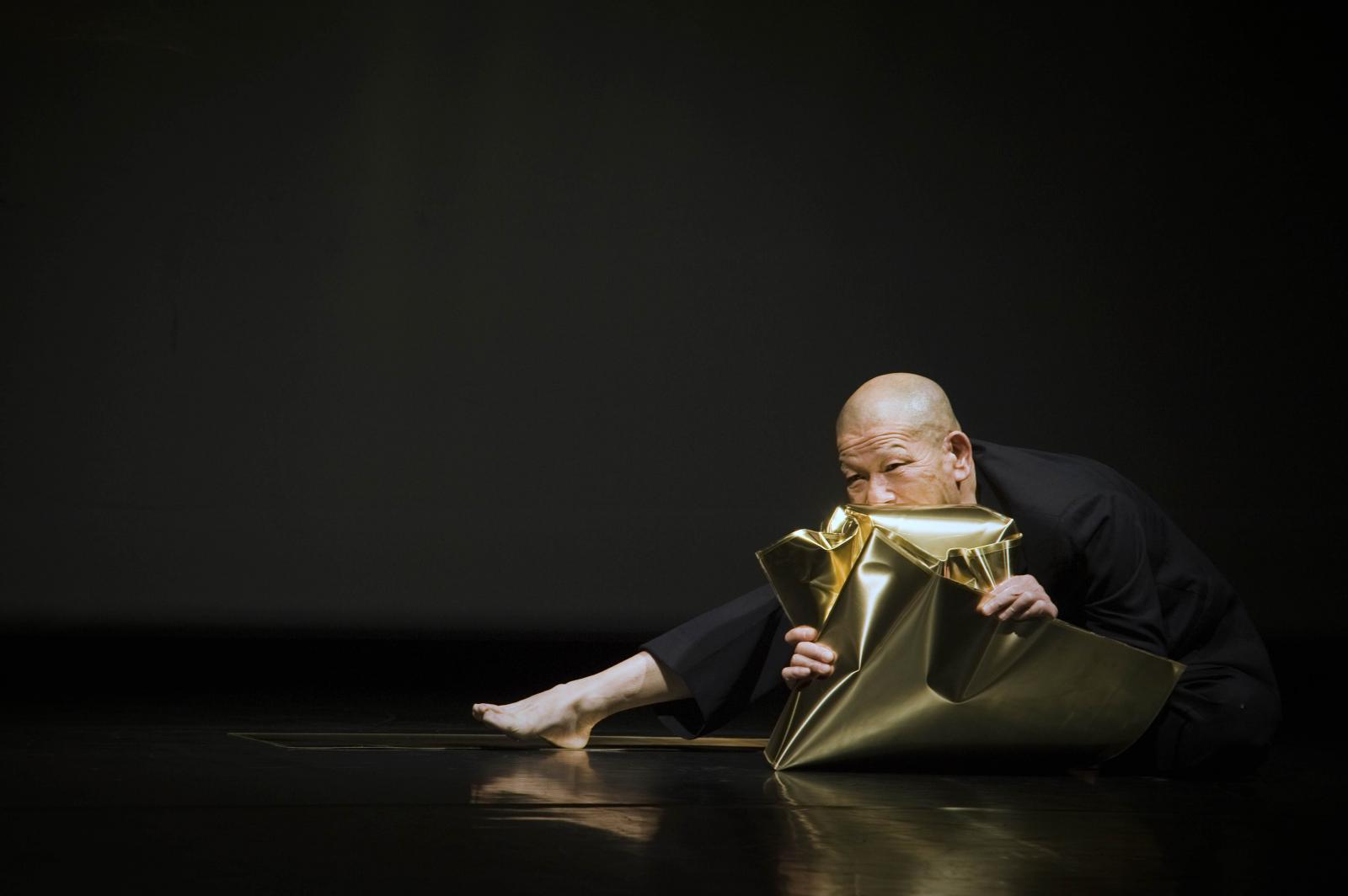 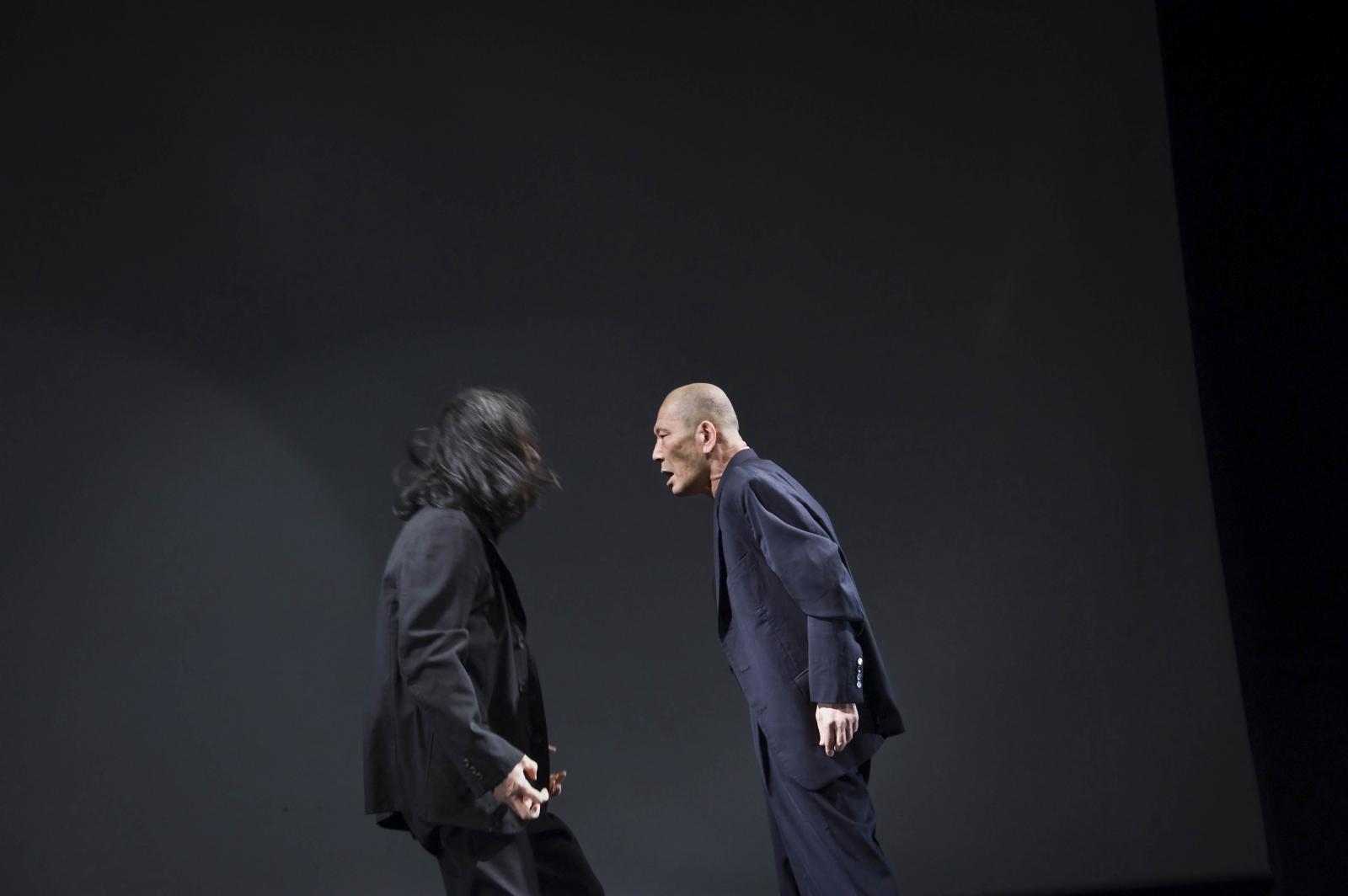