A final work in the series Twelve Lights was performed throughout the year of 1980, a different work performed each month at Toyotama Garan with guest appearances from Dairakudakan members and Koichi Tamano. Murobushi danced his solo, applying gold powder to his whole body as inspired by Leni Riefenstahl’s photo book, Nuba. For another one of his solos, he painted his body black like the figure on the back side of Lou Reed’s second album he often listened to. In the middle of these public performances, the apartment he lived in at the time burnt down completely while he was sleeping. He told Maro Akaji with delight that “The thing I hastily picked up and threw outside was Kamaitachi, so that it could be saved from the fire”, although many of his other books and records burnt to ashes. Furthermore, Murobushi performed the iai-nuki of Zatoichi and sang the Zaitoichi lullaby in a low voice at the New Year’s Eve party with Dairakudakan members. 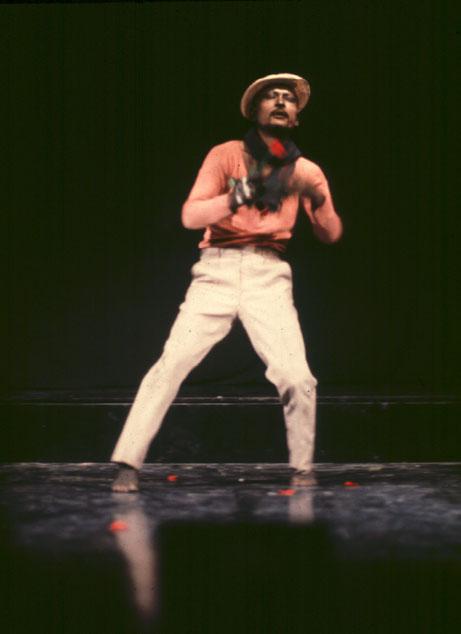 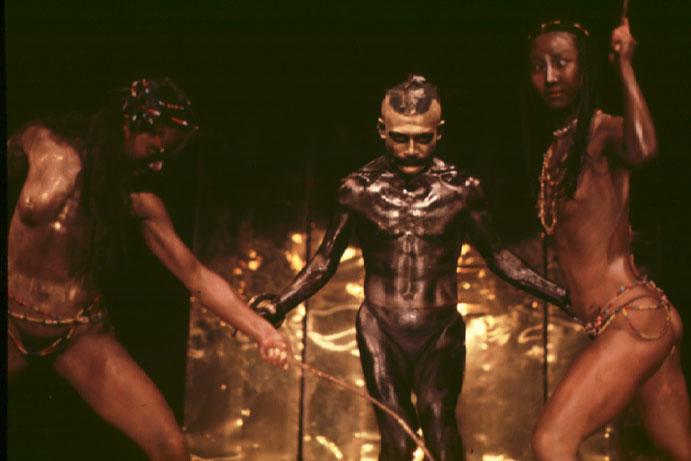 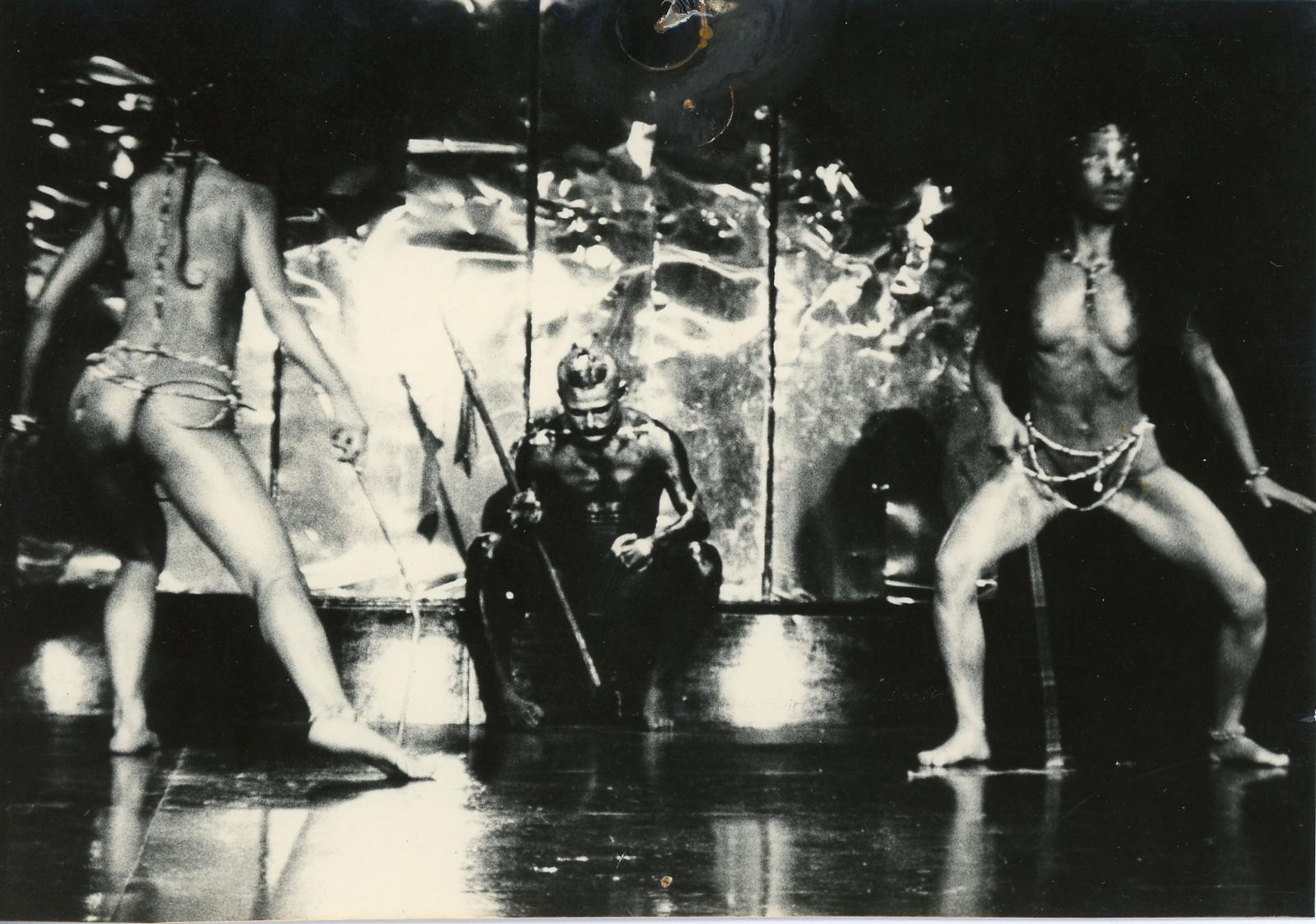