Among the “Dairakudakan Temputenshiki,”this work is a well-known for being a ground-breaking spectacle. It became the last work in which Tatsumi Hijikata performed in as a guest. The stage critique by the respected original author Tatsuhiko Shibusawa “Kanabunbun to Aozora” (first appearing in “Bijutsu Techo”) is included in the Tatsuhiko Shibusawa complete collection vol.12. It is also referenced to in Minoru Yoshioka’s “Hijikata Tatsumi Sho.” “We also wanted to do it at the Nippon Seinenkan at which Hijikata did ‘Nikutai no Hanran,’ so we performed a work called ‘Yobutsu Shintan.’ There’s a novel in which Tatsuhiko Shibusawa turns alto into bass. It’s a story about a boy emperor called Heliogabalus, and for some reason Hijikata said, ‘It’d suit Dairakudakan,’ although that was a pretext to go see Shibusawa. From there, everyone ran to Kamakura to ask Shibusawa. Right after ‘Shizuka na Ie (Note: Hijikata’s performance).’ That Dairakudakan performance was the last one for Hijikata in the flesh.” (quoted from Murobushi)
(Y.O) 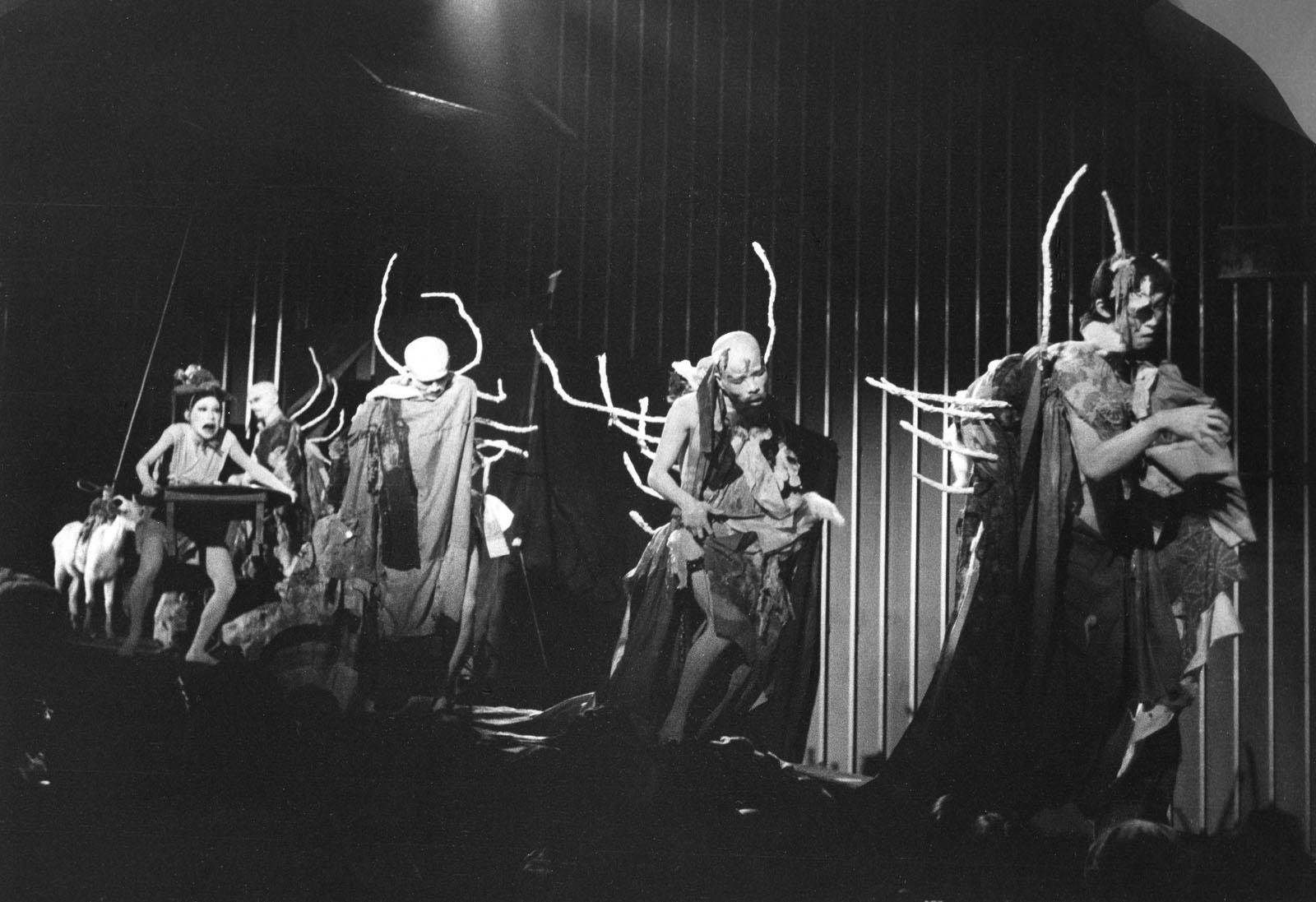 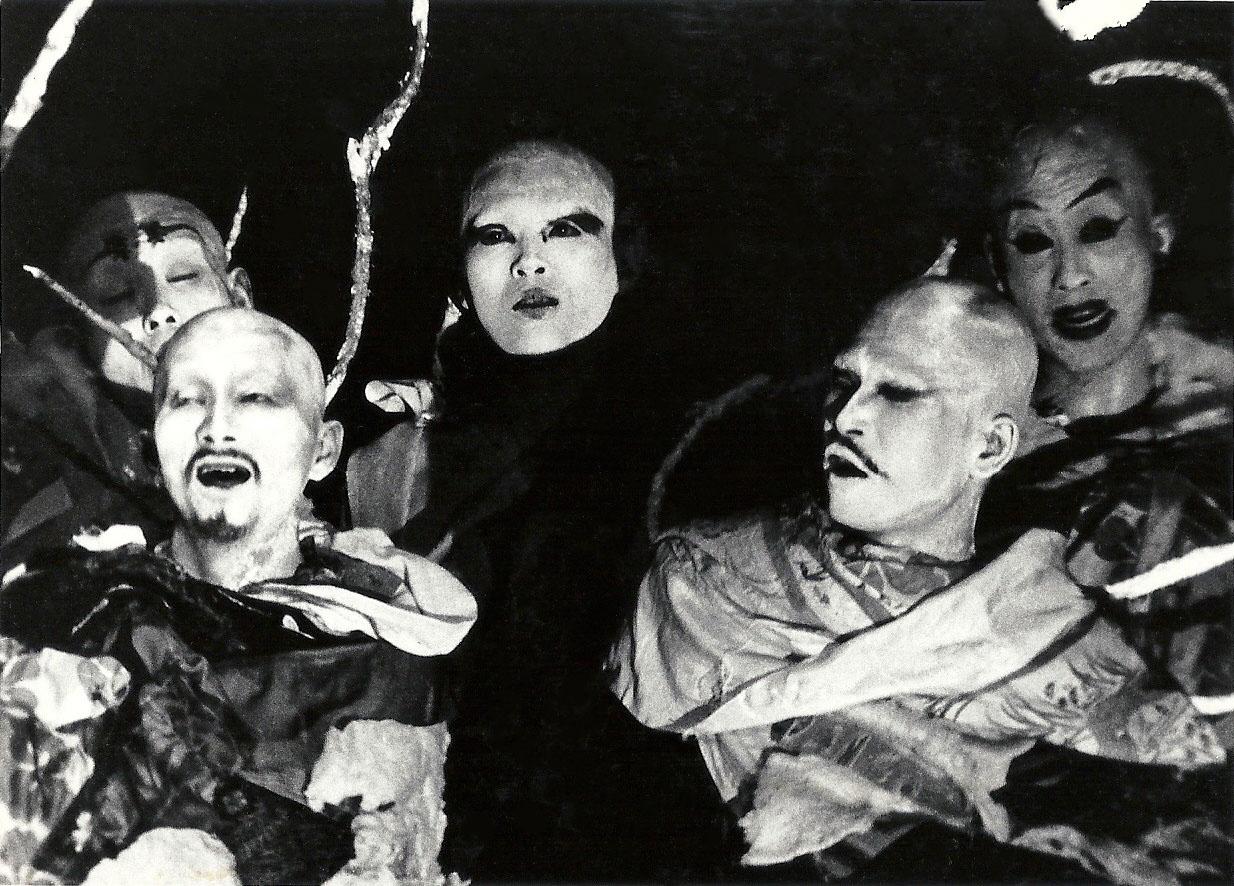 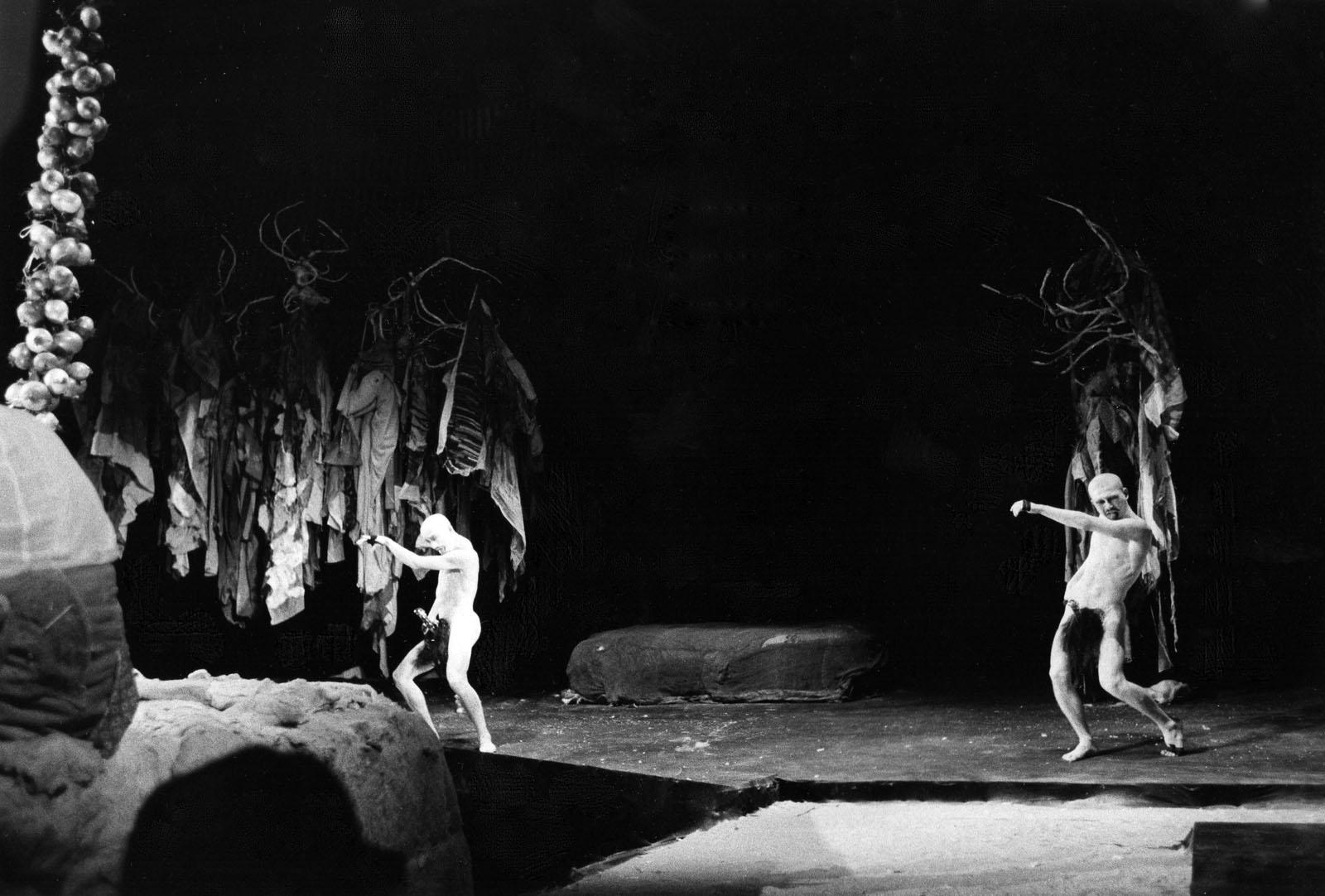 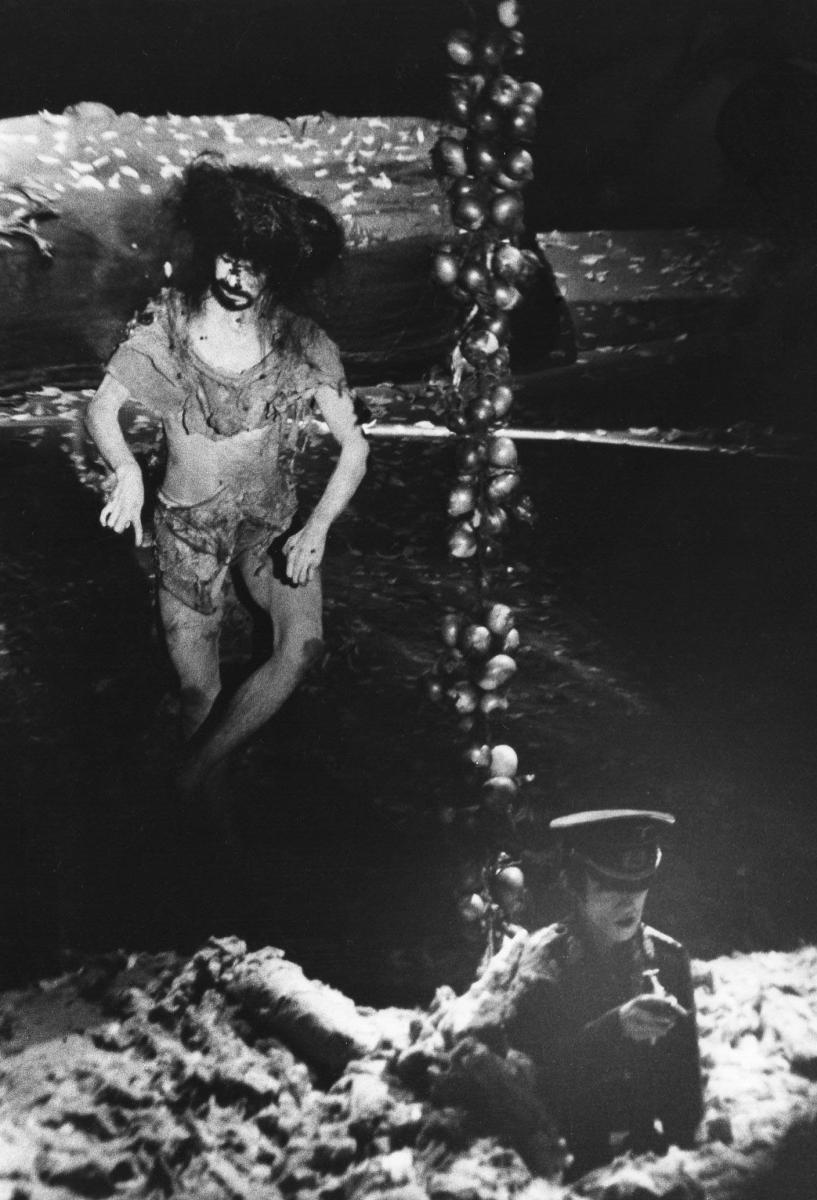 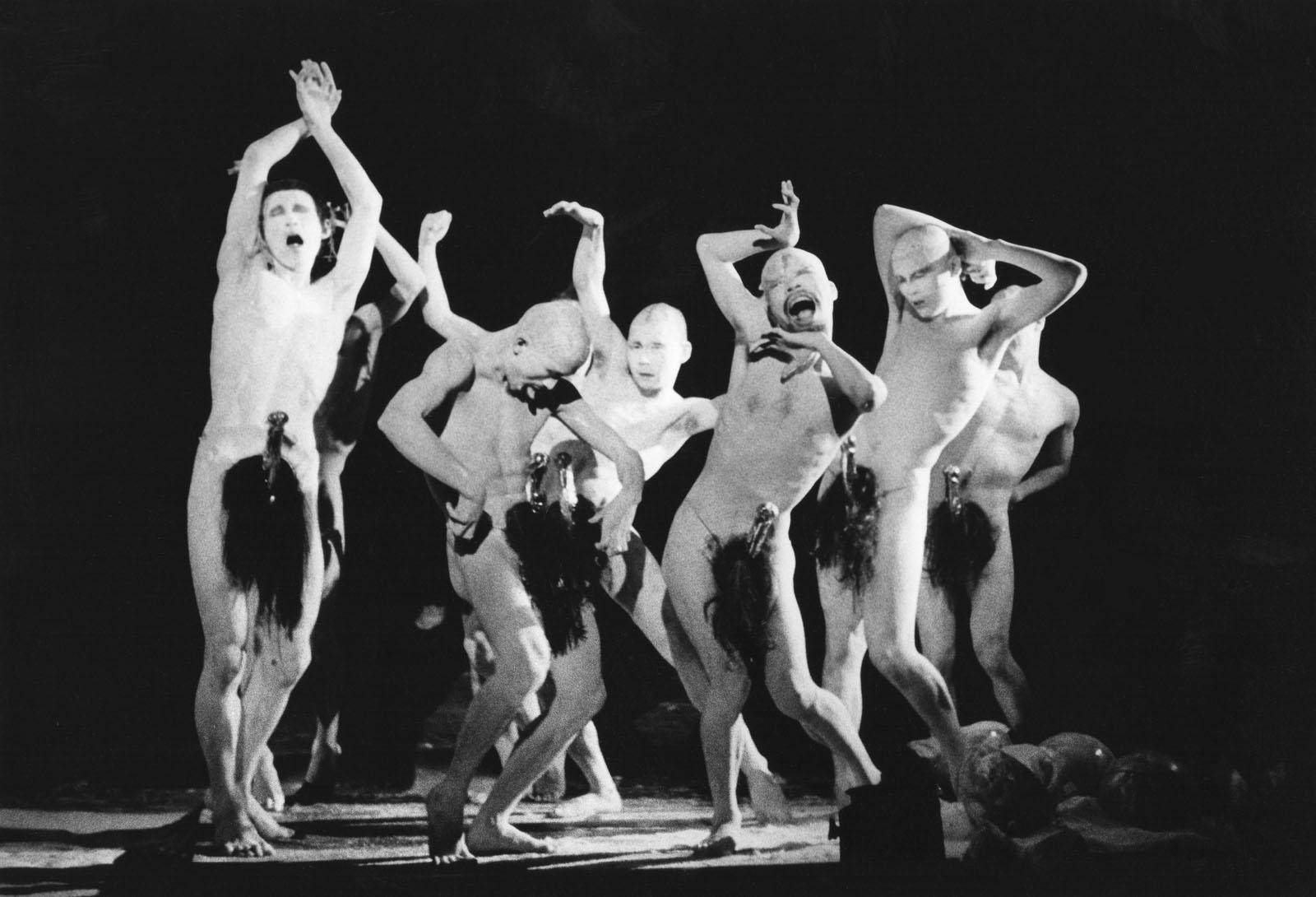 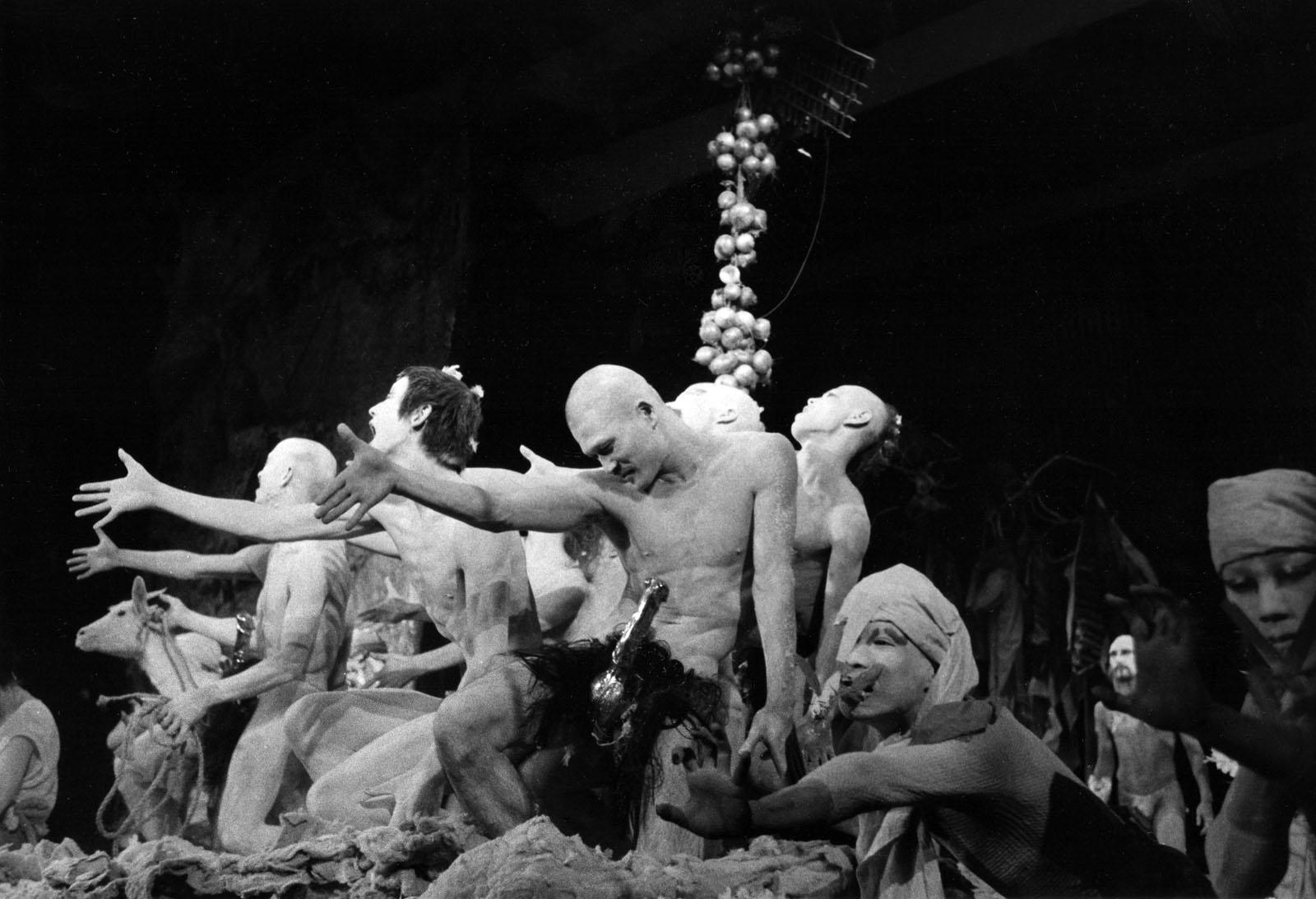