A magnificent and large outdoor spectacle that was performed on a stage built with wooden boards outside. Making it a legendary character and serving as an existence filled with contradiction called “Arahitogami” = Emperor, yielding to his interest, the bulletin “La Saison Violente” was a natural action = motion labeled as “Kogyoku Butoh Battle” and the title typical of Murobushi. “During the typhoon season, every time, everyone would tie up the head end power cars, but when it got to September, the trucks really did get washed away, and pianos and houses came washing. Riot police also came and it was a wonderful performance. Several million yen of head end power cars and 4 ton trucks went to waste and this and that. Even so, we were rich. (laugh)” (quoted from Murobushi)
(Y.O) 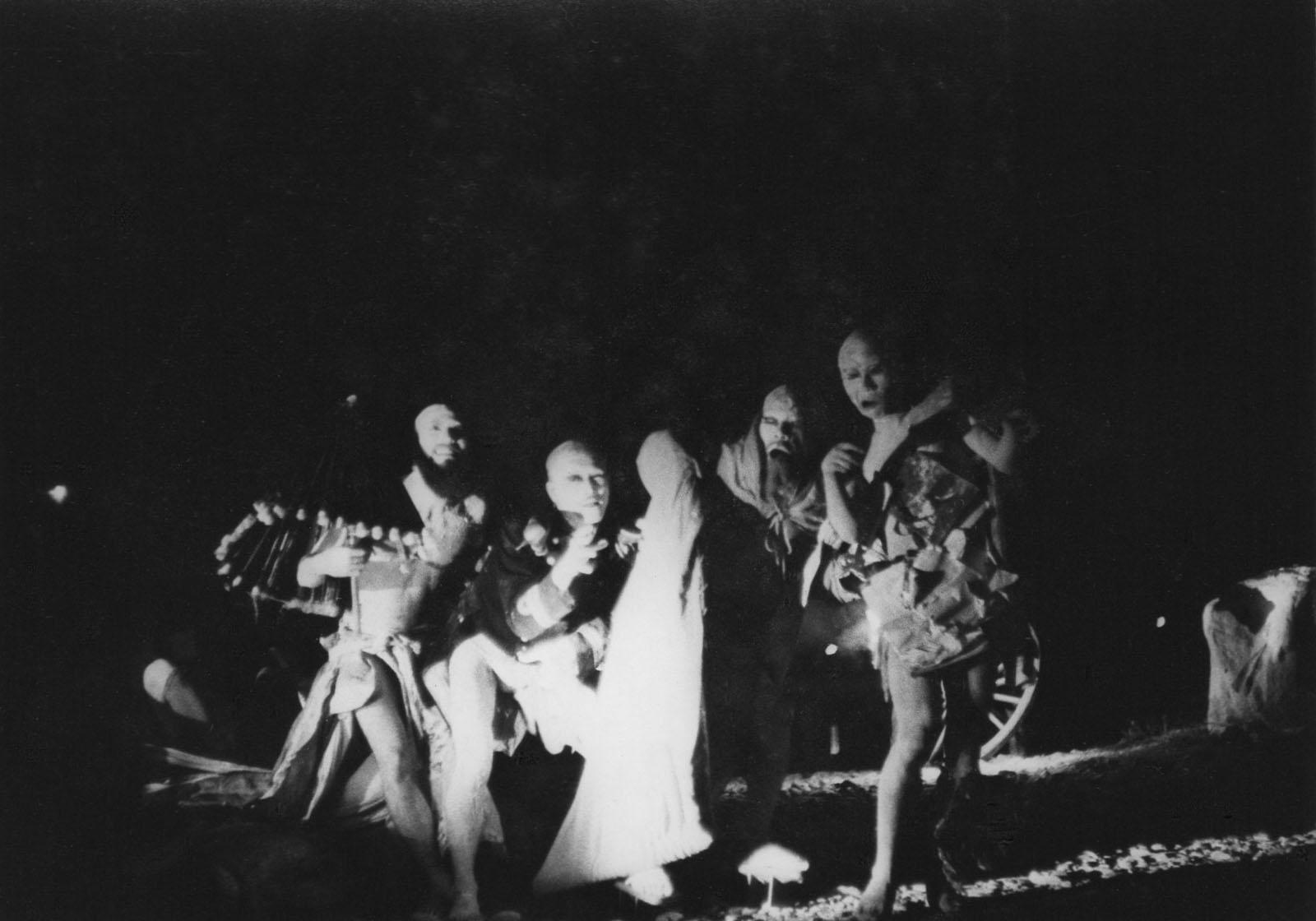 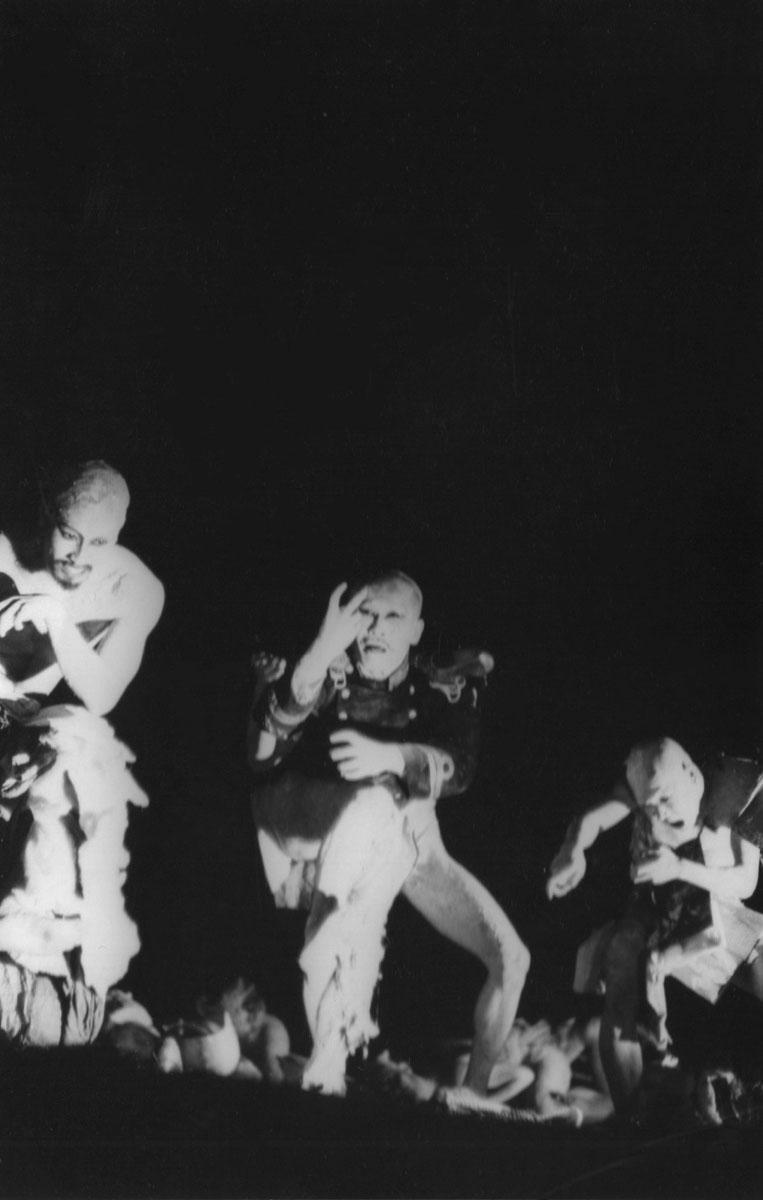 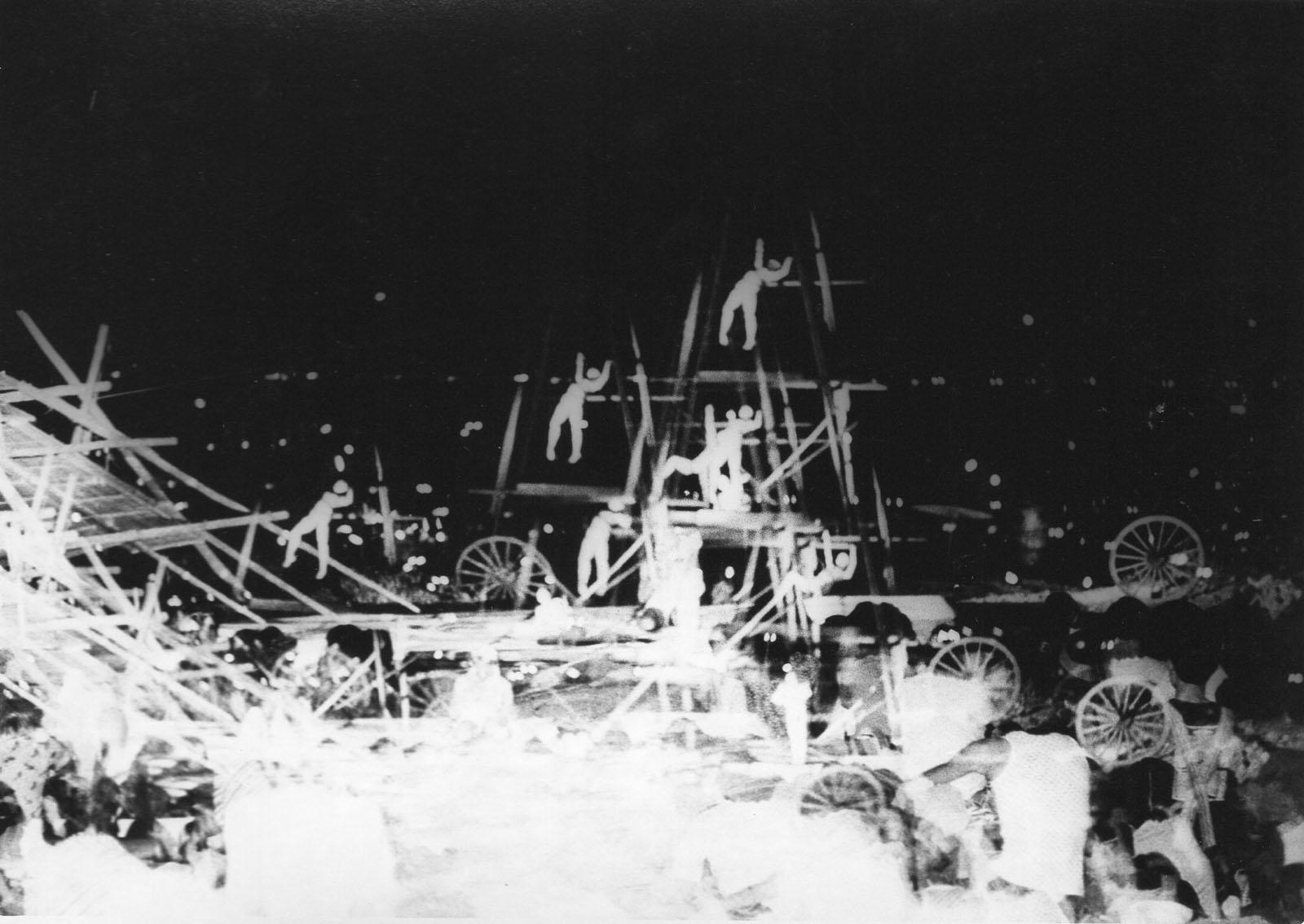 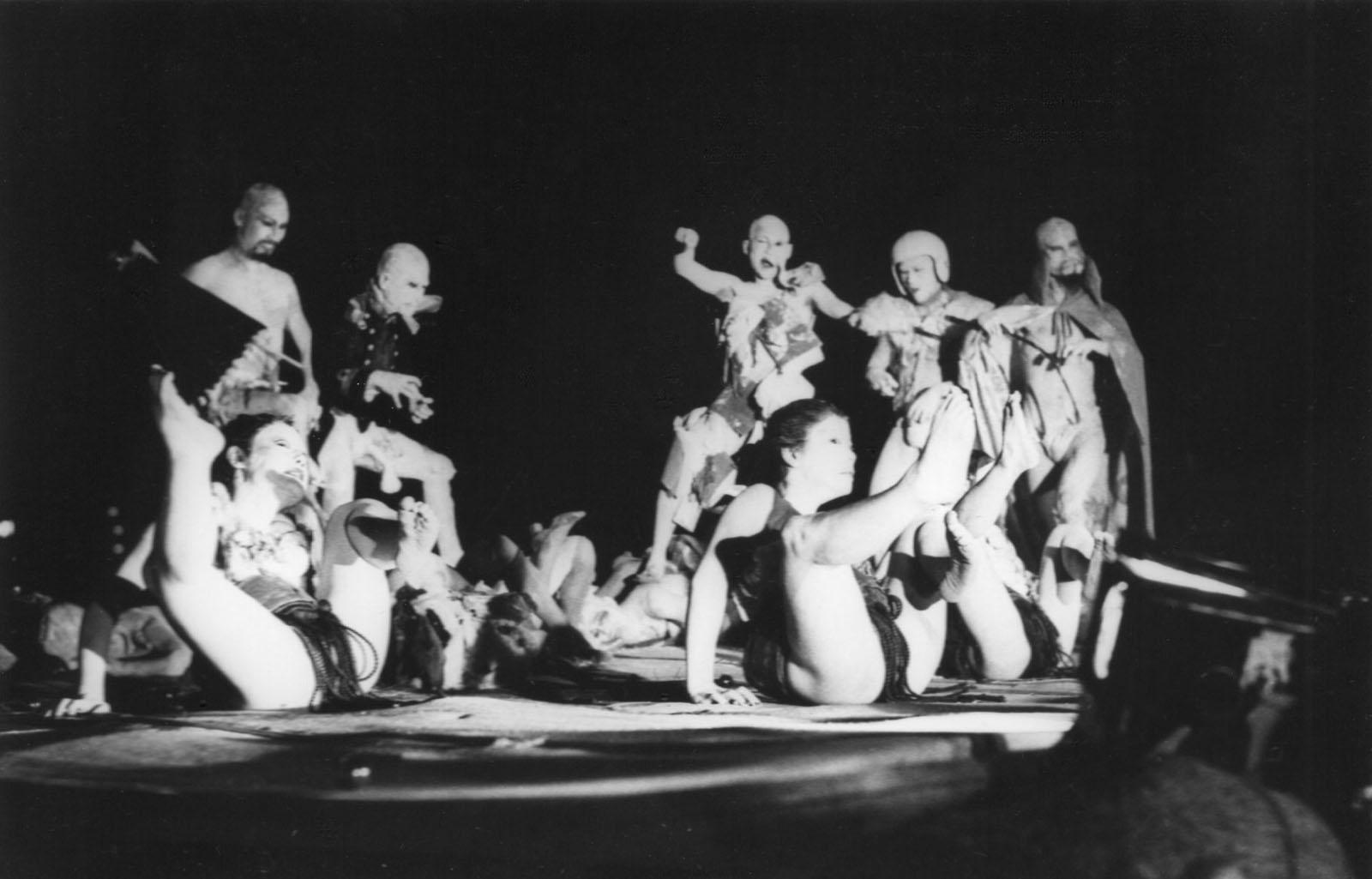 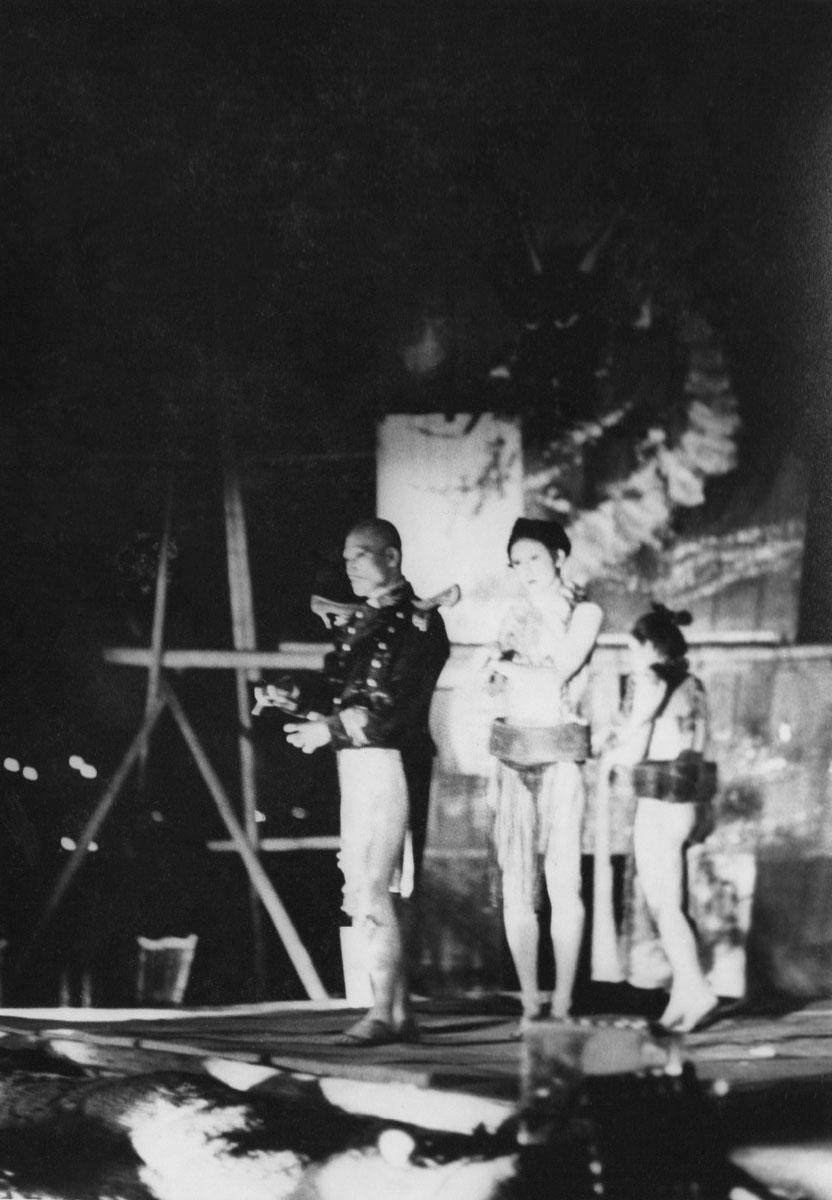 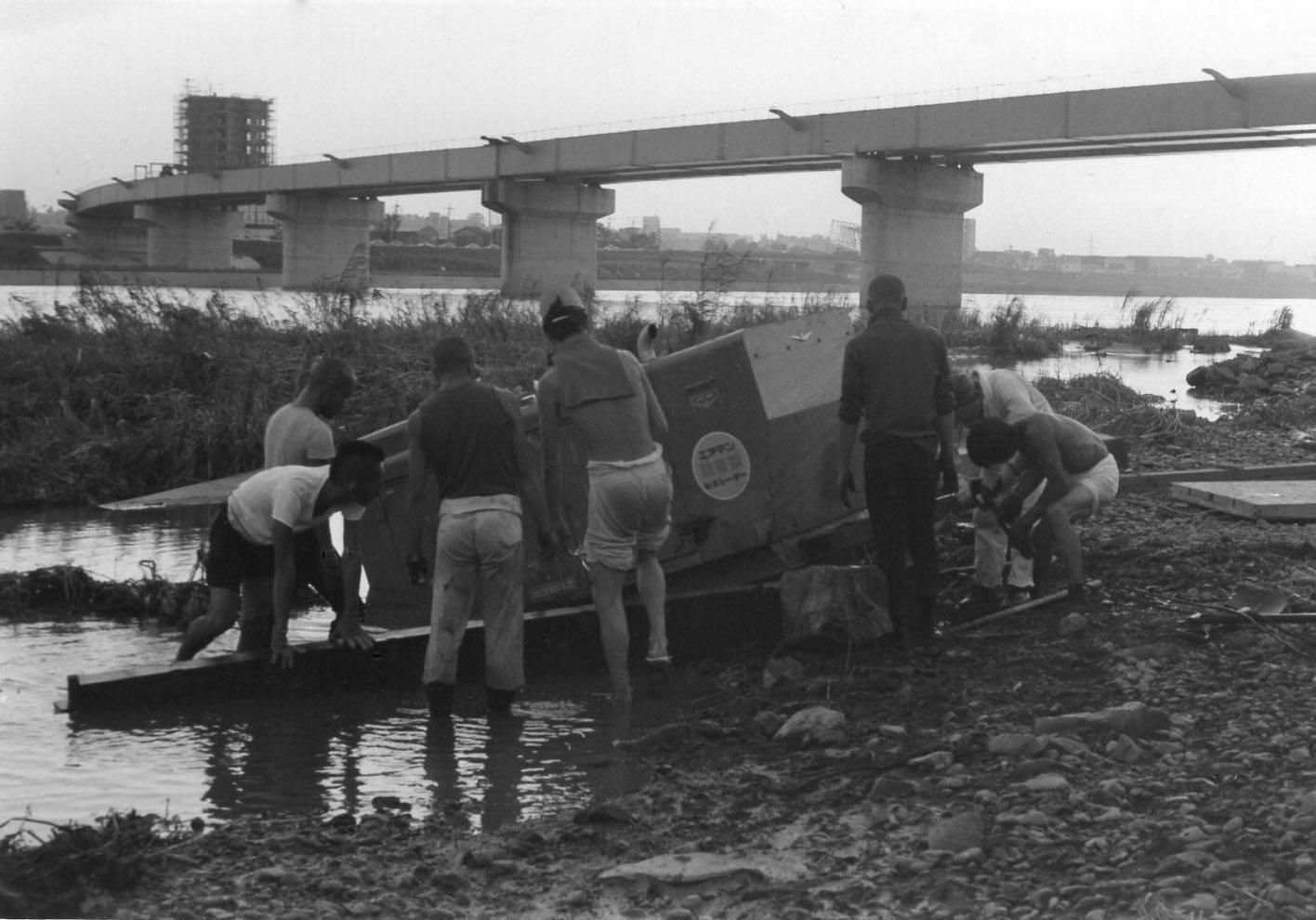 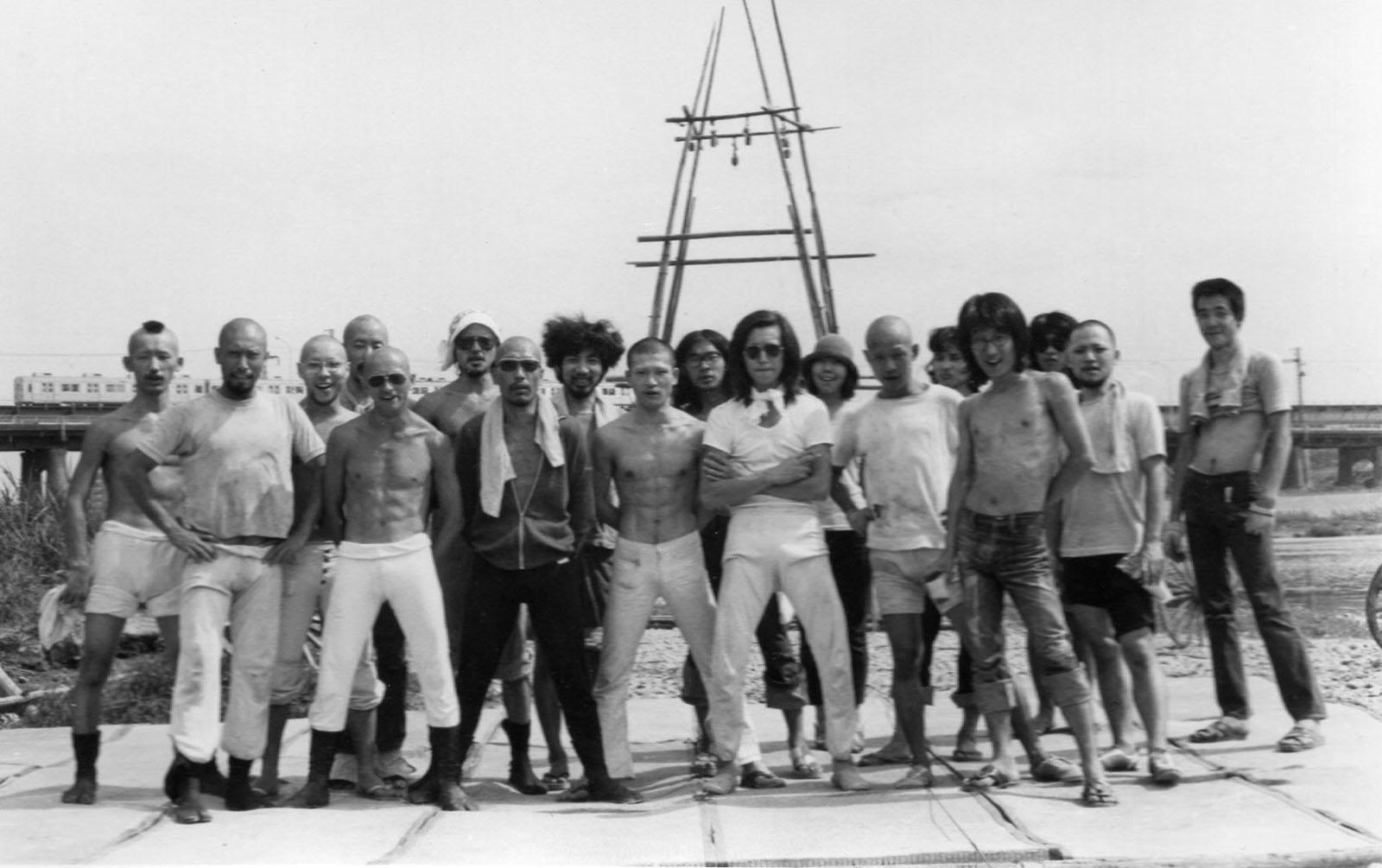