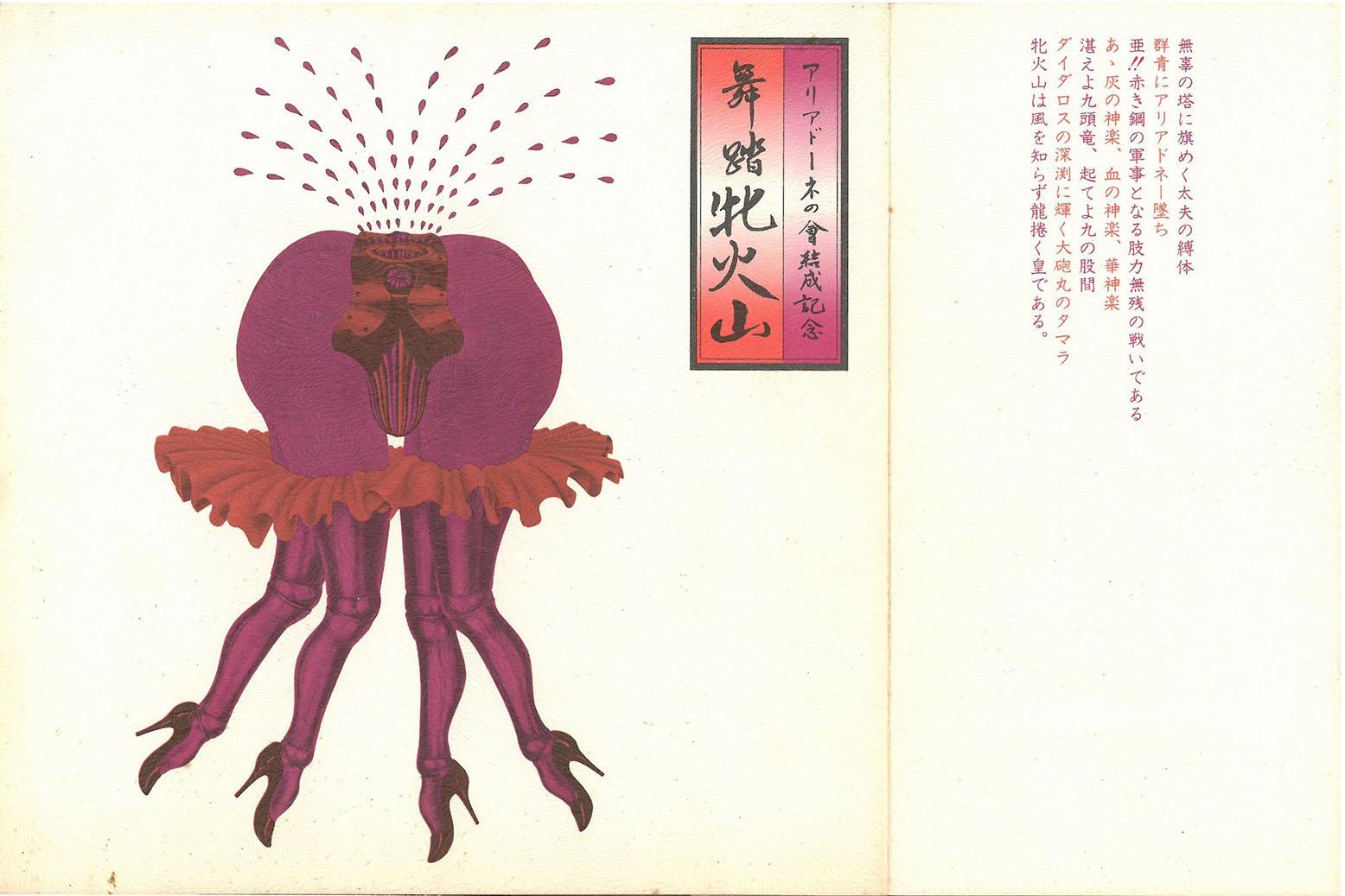 At 1973 Compaigne Ariadone branched off from Dairakudakan as an all-female troupe with Ko Murobushi as producer and Carlotta Ikeda as leader. A troupe with its name based on a Greek myth and in the manner of a mad banquet of barren women, Murobushi came to be more deeply involved than in the beginning.
(Y.O)

In the midst of their involvement with the Michiko Yano ballet troupe (July 1973, Guest performance by Dairakudakan in the Michiko Yano ballet troupe's performance of “Hasso no Isshin” at the Tokyo Postal Savings Hall) which started their activities at the same time, ordered by Maro to go find some female dancers, Bishop Yamada, Ushio Amagatsu, and Ko Murobushi left on a girl hunt, successfully drawing in Sanae Ikeda (Carlotta Ikeda) to Dairakudakan. Maro was skeptical of allowing Ikeda, who had already built up a stable career as a modern dancer, into Dairakudakan, and so a branch came to be established. Ko Murobushi acted as the manager and producer, and through Murobushi’s naming, Compaigne Ariadone and Carlotta Ikeda were brought into existence. The naming of this performance “Mesukazan” was by Bishop Yamada. Chorepgraphy was done by male dancers in Dairakudakan and  main direction was by Akaji Maro.
(K.W)