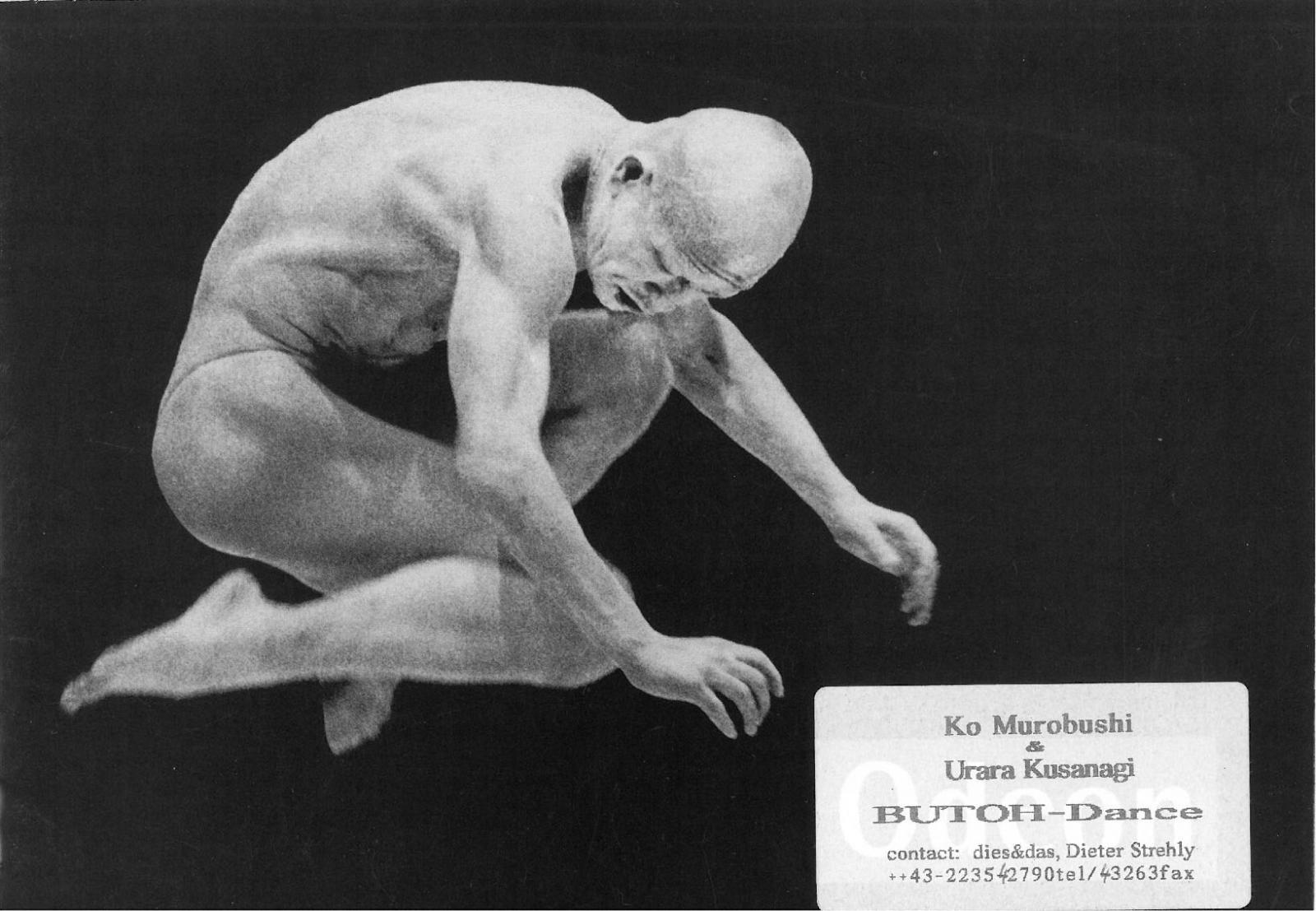 1. 10 years ago, I was introduced to Erwin Piplits in Paris who was on a performing tour. I was touring too and was dancing Mummy. It was exactly the time my Mummy dance had moved from Japan to wander in Europe. He invited me to dance, so I danced in Vienna for the first time. I sprinkled salt from above at the time, then danced on the floor completely filled with salt. I’m not a magician, so it is perhaps because of Erwin that the salt turns to sand.

4. “I...” As I started to speak, I abruptly became a star. I, who desperately searches for the me that was left behind, departs like a meteor, one after another, as though I am engulfed by a moment! As time goes by... There are our absences and an innumerable number of our selves that are lacerated beside time so we no longer know how to count the number of our selves. We are divided, lacerated, and shattered things that meander.

7. Something that flows eerily like mercury and tries to make a stream tangible but is caught by the stream instead seems to be the truth; it is undetermined tangible, like a ghost, rather than a tangible “I”. No, both are just fakes that appear to be the truth.

It might be good if it becomes a wandering and transferring form.

Ko Murobushi (from the program)