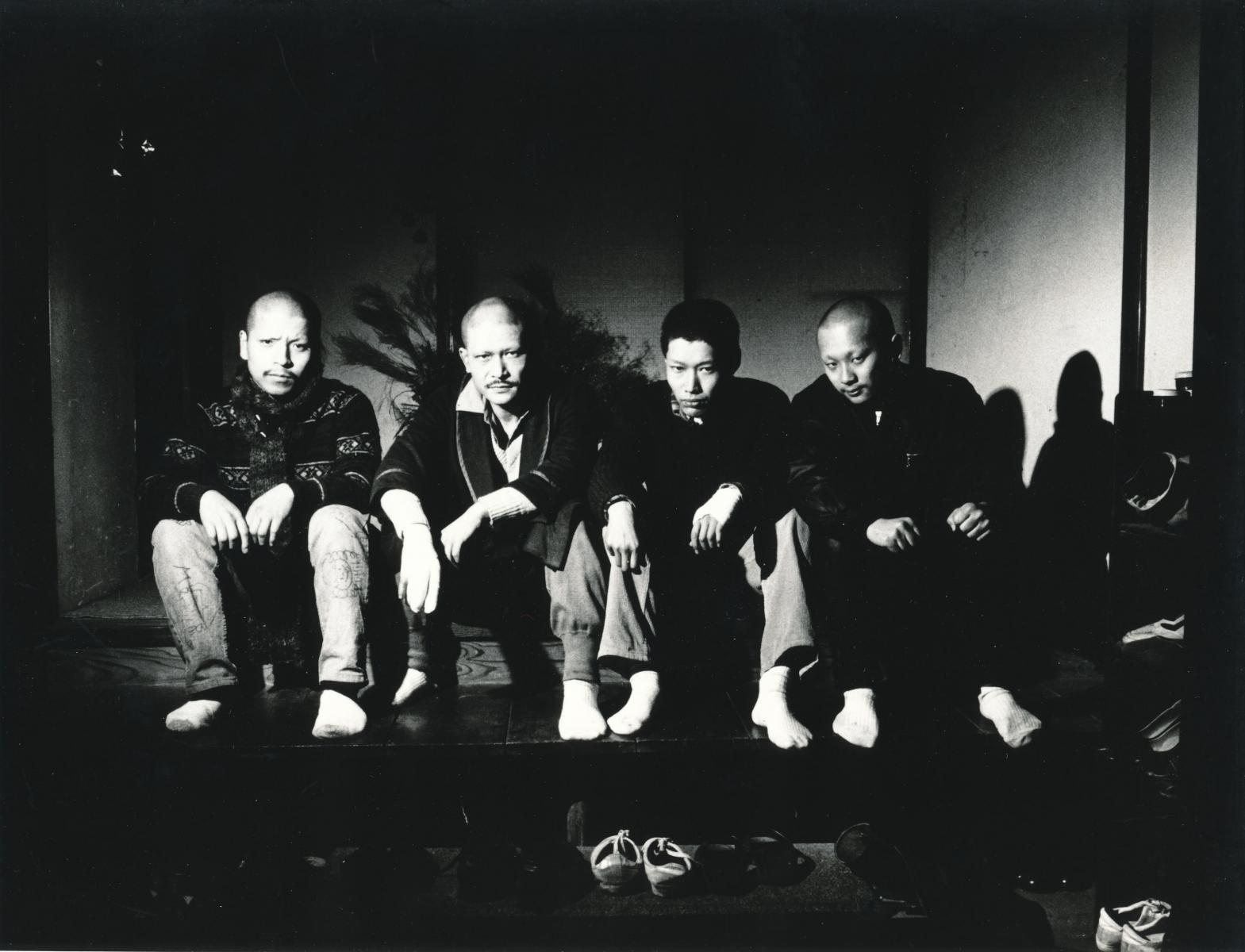 Using all methods available to persuade people is an important task, as it was at the time of Dairakudakan. If some people successfully gathered, we immediately trained in cabaret. On the occasion that enough people gathered, a show at an extravagant hotel at the Yamashiro Spa in Kaga would be announced and a feast would be enjoyed as well. Now, at the usual rehearsals, we did arrangements of the Noguchi Taiso exercises that Michizo Noguchi had invented, and if Carlotta was there, there would be strict bar lessons. In addition, we warmed up with steps and gestures that had been made into Butoh (?) from Noh, Indian Kathakali, Latin dance and so on, and before performances, we would do some choreography with Murobushi. For Ariadone that was large in number, a concept would be decided on in advance, and at times, rough sketches would be made and built on; however, in the case of Sebi, things started from square one. Murobushi would have them move according to whatever came to mind, standing still and smoking a vast amount of cigarettes, and when their bodies were fatigued, their shoulders moving as they breathed, he would say, “Oh, that peasant-like movement is interesting,” and the rehearsal would continue on forever, all the way through the night. Women would go to work at their shows, so only Sebi was present from the beginning. There, music would play at the opening. XTC, The B52s, The Police… a lot of them were fresh and new bands that were referred to as the new wave at the time. Makoto Orui, a designer that had lent his hand to a large number of printed material for “LOTUS CABARET 80s,” would tell Murobushi about the music he listened to the most at the time, and Murobushi would go to the Shibuya CISCO area and buy it immediately. In those times, I would hear things like, “Make a slope on the stage, and dance to Ango Sakaguchi’s “Hakuchi” to only the sound of the siren” that made me strain my ears to listen.