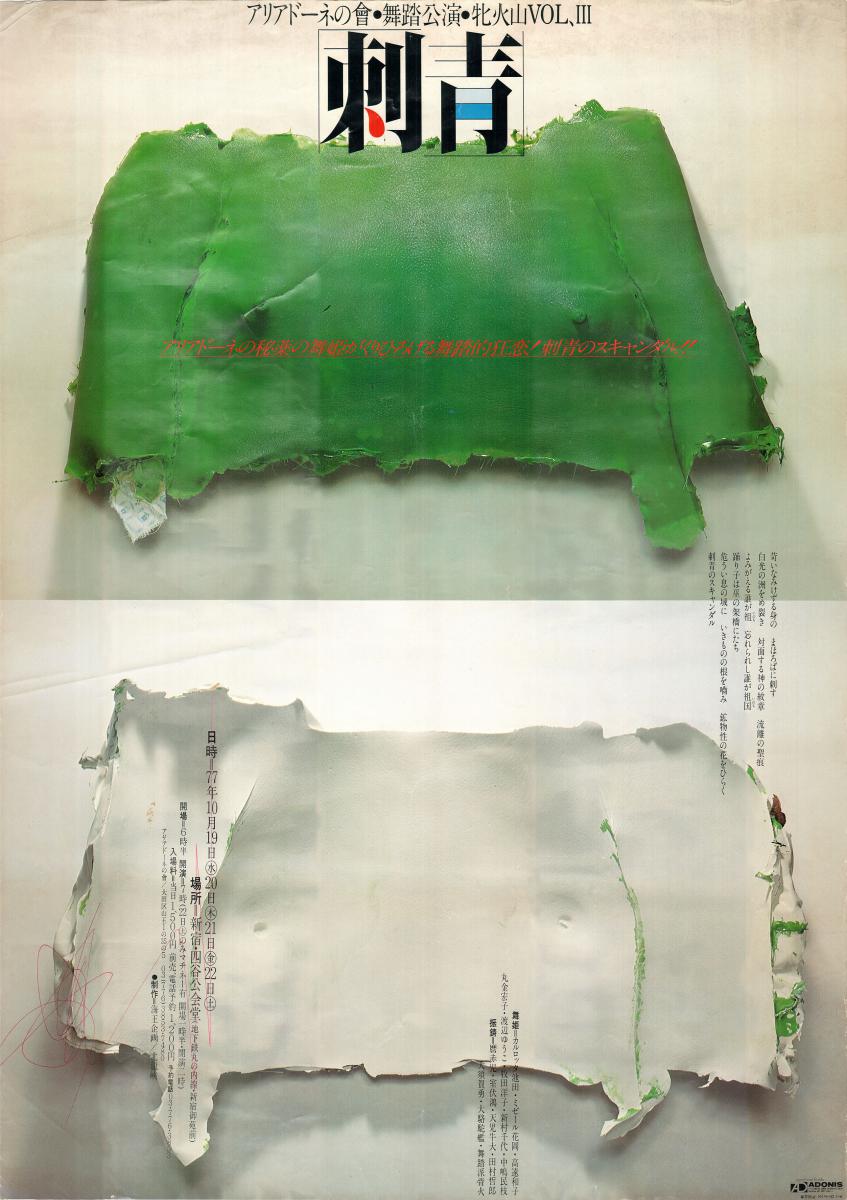 Women openly exposing their nakedness on stage. The scandalousness of the event is backed up by a certain conviction for Murobushi, who laughs as he says, "My management (of Ariadne) was the main earner,” despite it not being the key to his strategy for attracting customers.

The destruction of public morals is a kind of rebellion. The life of being naked is in contact with crime. To be naked is an extraordinary state of being. So, for those who wear costumes, it is provocative because it exposes the private and privately owned part of the body. Whose property is it? Death of institutional costumes = the everyday, the flip side. To come out on stage and be naked is the death of the so-called A identity―A is not A, becoming non-A. It's embarrassing for a girl. It's the same for men. When I was with Hijikata-san, I first stood in the rehearsal room naked. This has to be the most painful way to confront the otherness of your own body, or death. Then I had to figure out how to make him stand up. This is probably true of Hijikata-san's orientation, but when nude bodies are lined up, the so-called individuality stands out, while at the same time its negation, its impersonality, comes out. It emphasizes the body as a material. There is a work in which five men lean together with their faces covered; the death of the life form in such a material―in other words, a very ambivalent state―is a "crisis" for the body. Then it would say, "No need to dance, just stand up and lean." So you stand there and say, "I won't fall down," which is cruel, cute, and a little bit serious and ridiculous. A mimicry of death. This is Hijikata-san's "body standing in crisis.” This is probably behind the cool show-dancing, where the impotent existence and way of being itself is established as a dance. That's what I like about it.

"Irezumi" was also performed at the Suzuran Minami-za Theater in Nagoya and at the Seibu Auditorium at Kyoto University.