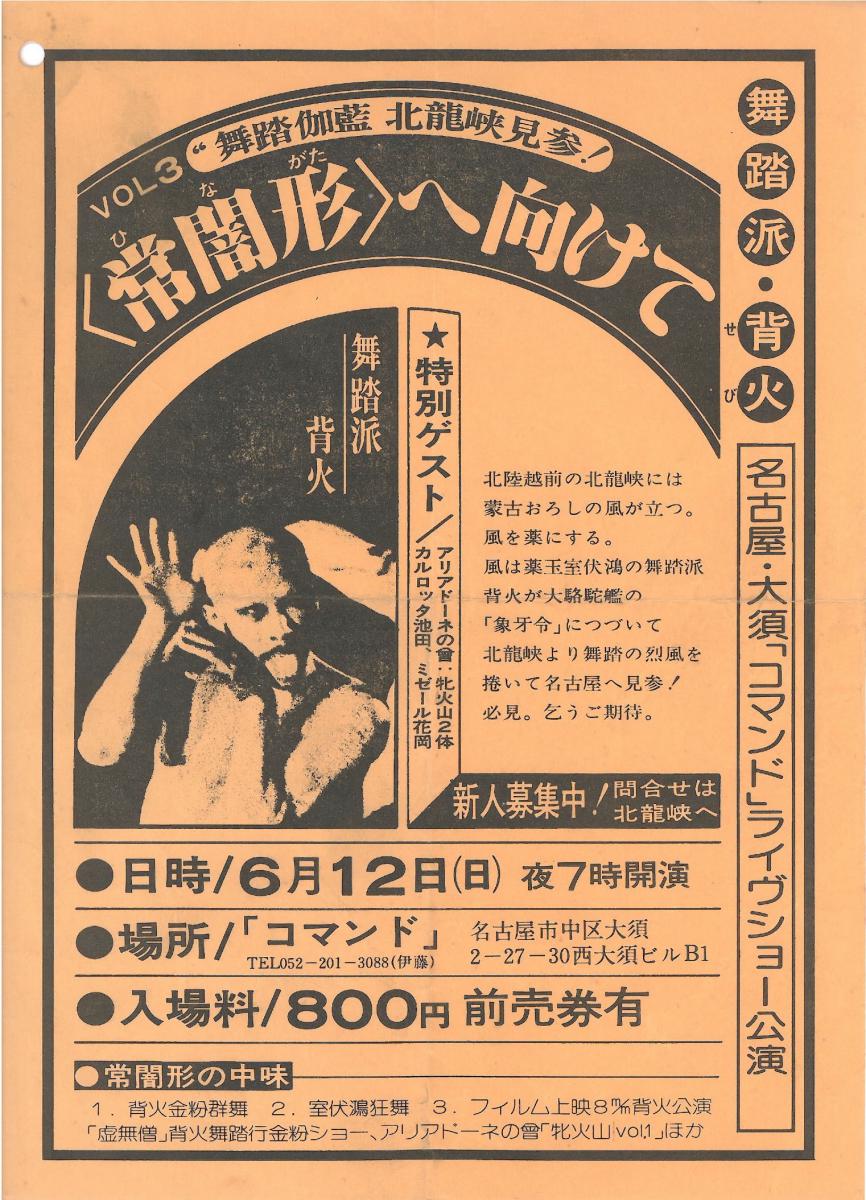 The first performance for Sebi as a preparation for “Hinagata”. They performed live show at Command in Nagoya/Oosu.
There was not so many Butoh performances in Nagoya and Butoh was not known so well, for that reason they performed at Nagoya as an advertising for “Hinagata” to invite audience to Fukui,Hokuryukyo.

Command was live house underground and ceiling was low. In the show, of course flame was blazing as usual. There was completely full of audience because of Carlotta and Mizer, and it became lack of oxygen.
(K.N)