For the “Miira: momie” Rectial in May at Sogetsu Hall 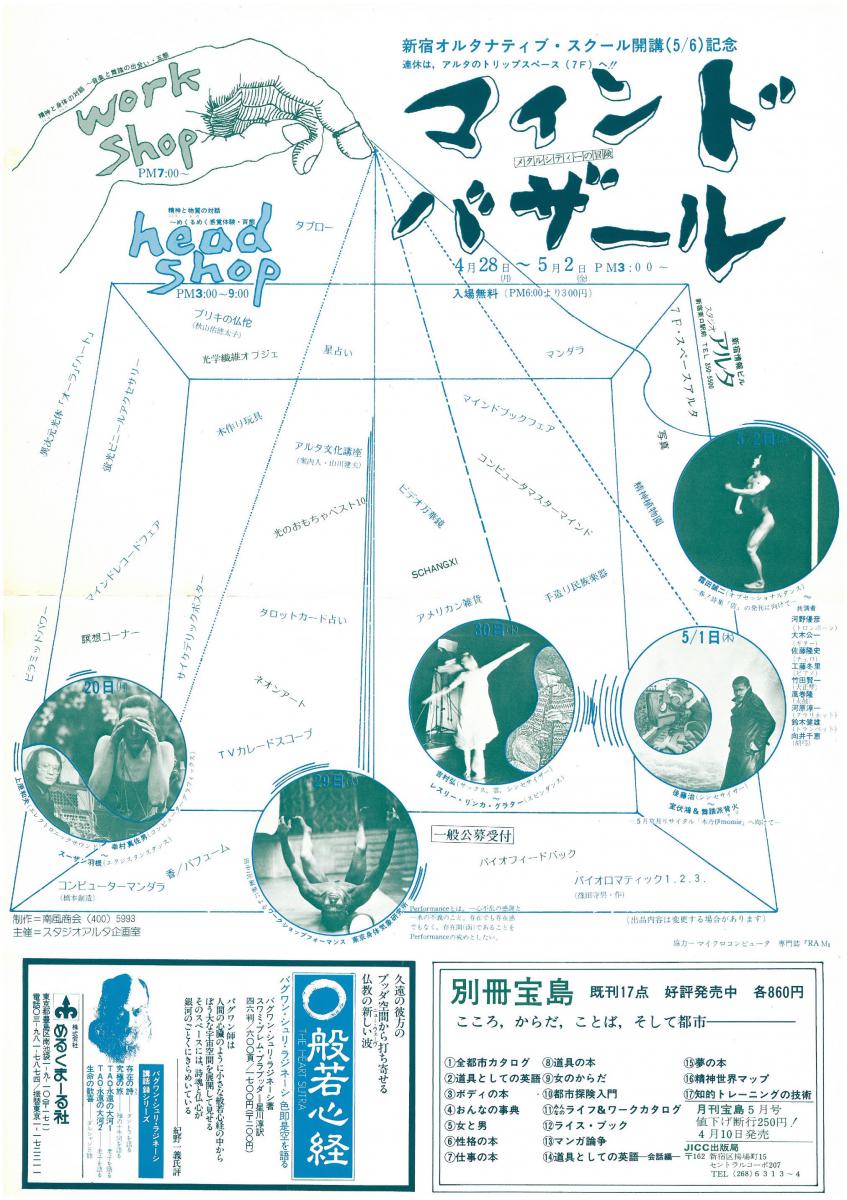 This was the opening performance of Shinjuku Studio Alta by the Butoh-ha Sebi. Studio Alta, which later became famous nationwide for its "Waratte-iitomo" program, seemed to have a sharp minor focus at the time of its opening, so the call went out to Sebi. Murobushi danced in a black costume with Mike Oldfield's "Tubular Bells" (the familiar theme from the movie "The Exorcist") in the background, and the men’s group dance was later refined and incorporated into a scene of "La momie.” At that time, the company was very aggressive, and in anticipation of the success of the "LOTUS CABARET 80s" series, they appeared at various events with Ariadne.