DANCE Anzu Machine, Charming Musical Dance of Superior Technique No.1 in A minor 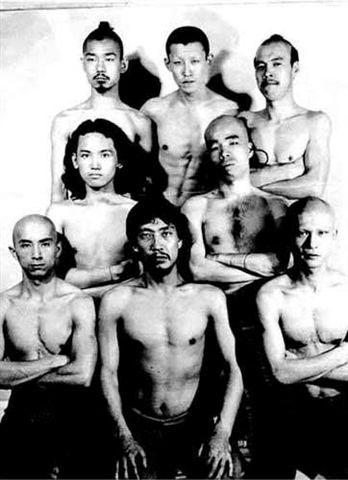 The debut performance of Dairakudakan, which the actor Akaji Maro--the face of Jokyo Gekijo, the theatre troupe Juro Kara supervised that included Reisen Ri, Simon Yotsuya, and others-- founded upon exploring the possibility of new expression. Revolving only around troupe members such as Ushio Amagatsu, Isamu Osuga, Tetsuro Tamura, and others, as pupils under Tatsumi Hijikata, “the bishop (Yamada) and I were imported. Maro was popular, and if he was recruiting for trainees, there’d be a storm of them coming. So there would always be a lot of people; they’d find girls and boys immediately and do a show by bounty hunting.” (quoted from Murobushi) Bishop Yamada, an acquaintance of Genjiro Arato (Note: Maro’s colleague from the time of Jokyo Gekijo who worked as a film producer on Seijun Suzuki’s “Zigeunerweisen,” “Kagero-za,” “Yumeji” and so on, as well as as a film director) who took part in founding Dairakudakan, invited Murobushi, however... Murobushi seemed half-hearted at first.
(Y.O)