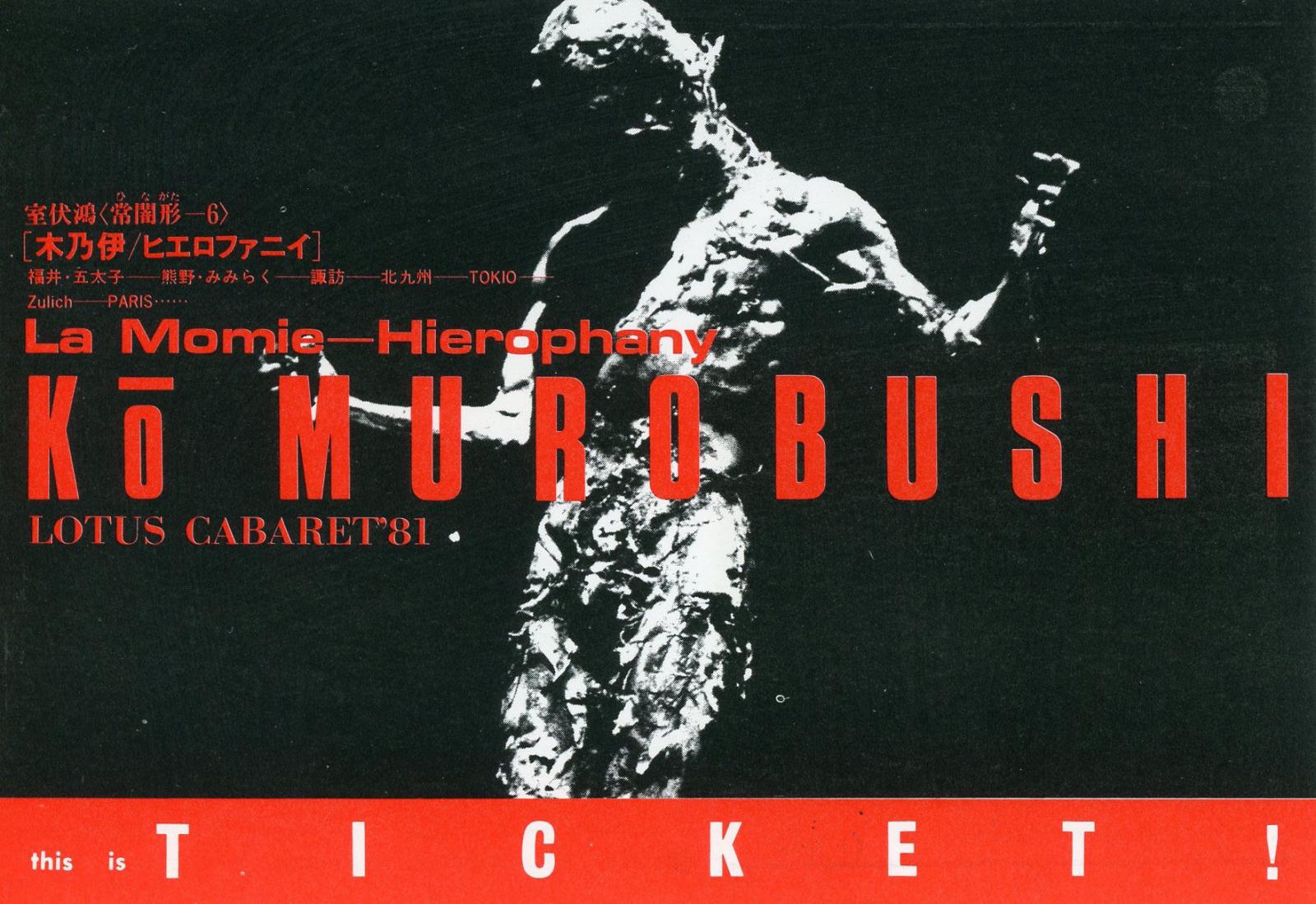 The basis of Ko Murobushi’s dance is never a scenic ornament. Murobushi loved to surprise the audience with hanging materials or many unexpected tools both large and small, but the back of the stage itself was eliminated from any kind of decorative element.

Although it could be that he separated himself from the proscenium arch, maintaining and transforming the space with his own body were also his stubborn belief and as well as pride.

In this way, for Ko Murobushi, the space at Zojoji Temple surrounded by the audience from three directions was both a starting point as well as a destination point for him. Ko Murobushi, standing stock still with the first movement of Beethoven’s “Moonlight Sonata” in the background.

The moments in which triplets were clapped out were dignified like hierophany (the manifestation of something sacred and a key concept of religious philosopher Mircea Eliade, whom Ko liked to quote) from the heat radiating from Murobushi’s body that simply stood upright.

From the humourous group dancing of fictitious hunting people firing their arrows, to the finale in which all the dancers swing their hips continuously to “Arrival” from Mike Oldfield’s album “QE2,” empty space diversely spread over their transformation.
(Y.O)