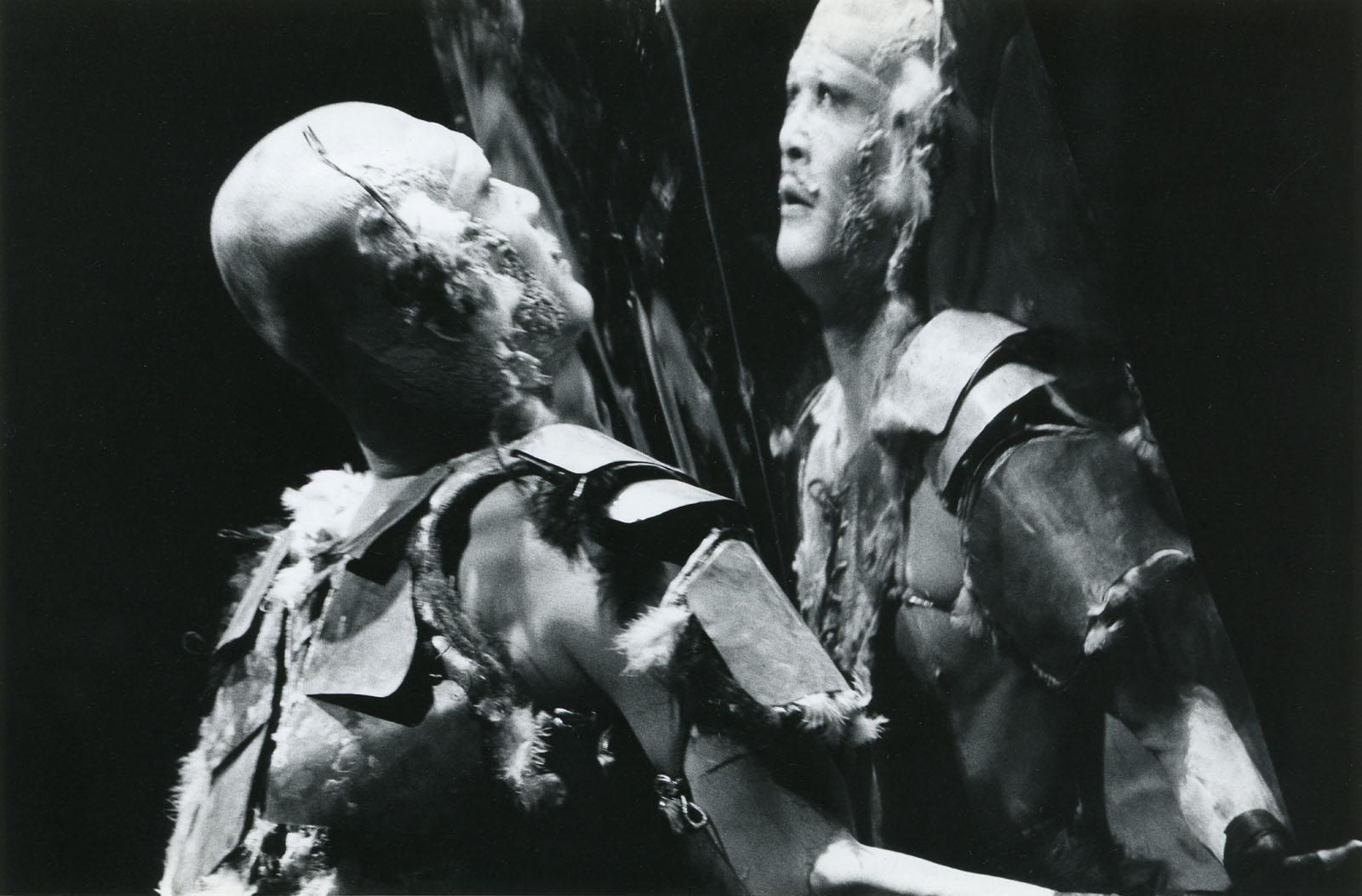 The title is read Kinkondoria Reshiantoyata. From gathering talent different from its origins, theatre and Butoh, at Dairakukadan, without monopolizing the choreography or direction, Supervisor Maro employed the style of shared direction by using the expressions of each individual Butoh dancer as they were. “Hijikata created a survivor-type style. It was a proscenium stage after all. Perhaps Dairakudakan was different. Both Maro and we were young, and what was interesting about the Dairakudakan performances in the second and third years was that everyone’s ideas at the rehearsal hall would bloom. What was great about Maro was that he wouldn’t wrap up and subdue anything, but would go at it at full speed, and with his strong theory of “Temputenshiki,” everyone’s ideas would get humorously gaudy. Maro does like the energetic spectacles of men. So, Amagatsu (Ushio) is the tataki (Note: stage builder) (laugh), and his behind-the-scenes managing is ingenius.” (quoted from Murobushi) Furthermore, “Temputenshiki” is the fact that having been born is in itself talent and a blessing, and was named with this concept.
(Y.O)