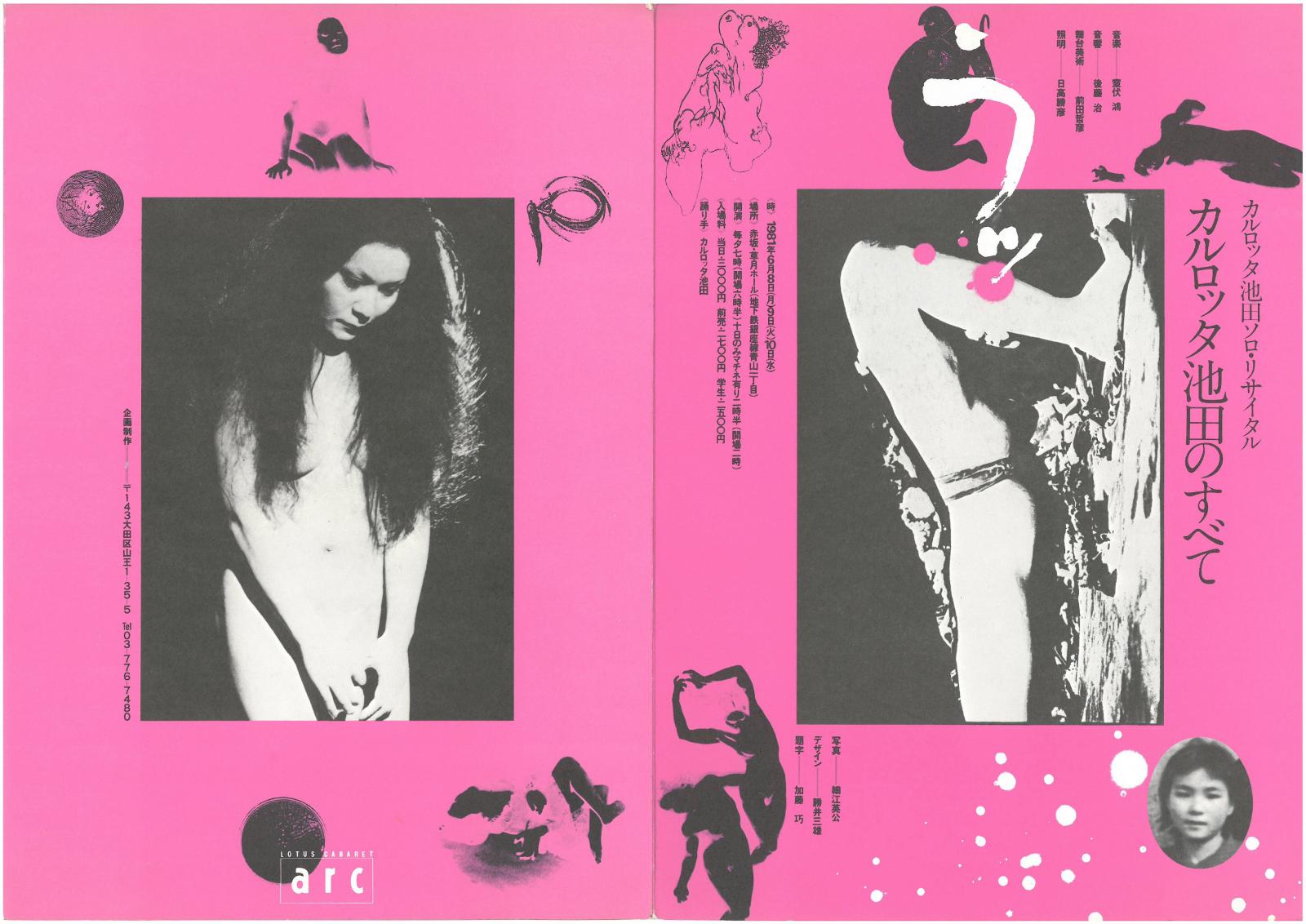 After leading Compagnie Ariadone for 7 years, Carlotta Ikeda finally performs her solo recital for the first time (note: underlined) at Sougetsu Hall. Carlotta, the voice of aether and earth which blooms on the throat of eroticism, performs a fiery dance in Utt!

In addition to being in charge of choreographing and producing, Murobushi himself also wrote texts for the program and flyers ostensibly written by Carlotta. He also commissioned a pre-eminent photographer Eiko Hosoe, who had photographed Kamaitachi. Furthermore, he concealed his position as a choreographer and listed himself on the flyer as a musician. What he assigned Carlotta in this performance was a severe trial—that is, to perform a complete solo (At the finale, all the members of Compagnie Ariadone went on stage to hand a bouquet of flowers to congratulate Carlotta, who danced dashingly as though she had been extricated from a clotting that had been present in her dance up until then). The performance was well-arranged, taking advantage of all the features of Sougetsu Hall they were familiar with, including using a live band as music for adjusting the transition and costume-changing times. The choreography, too, drew fully on the vocabulary of Butoh and modern dance to keep the audience engaged. “Carlotta Ikeda’s everything” (this phrase was also used as the sub-title), which could only be realized with nothing but her body, was put into this performance.