Ko Murobushi Wandering Archive Vol.2 at Yamagata
The Mummy and Body of the “Outside” 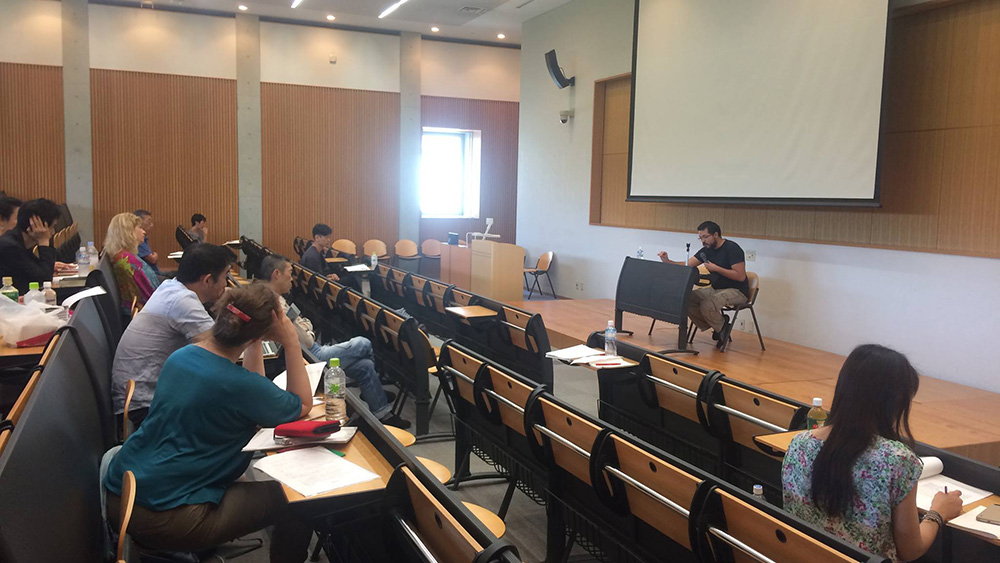 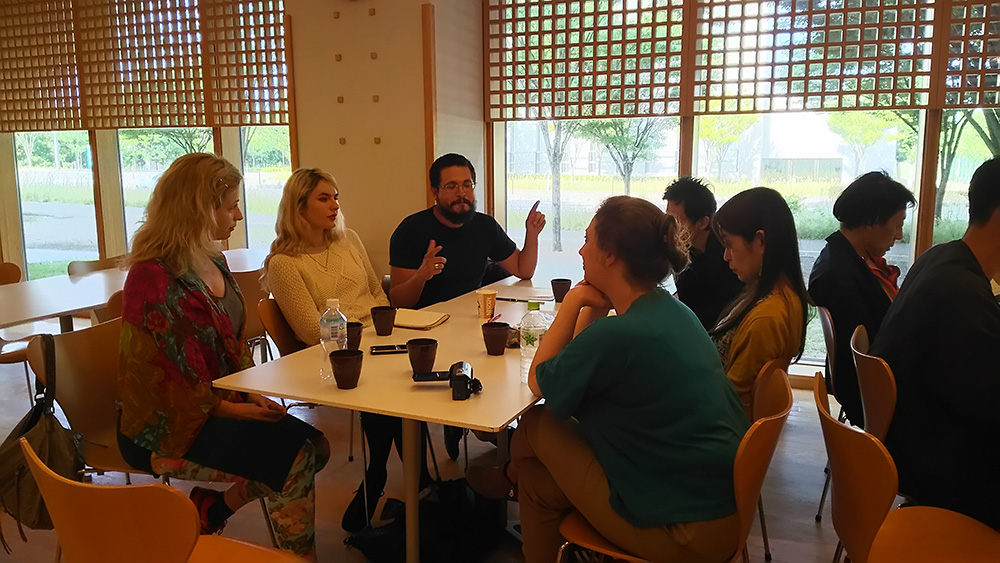 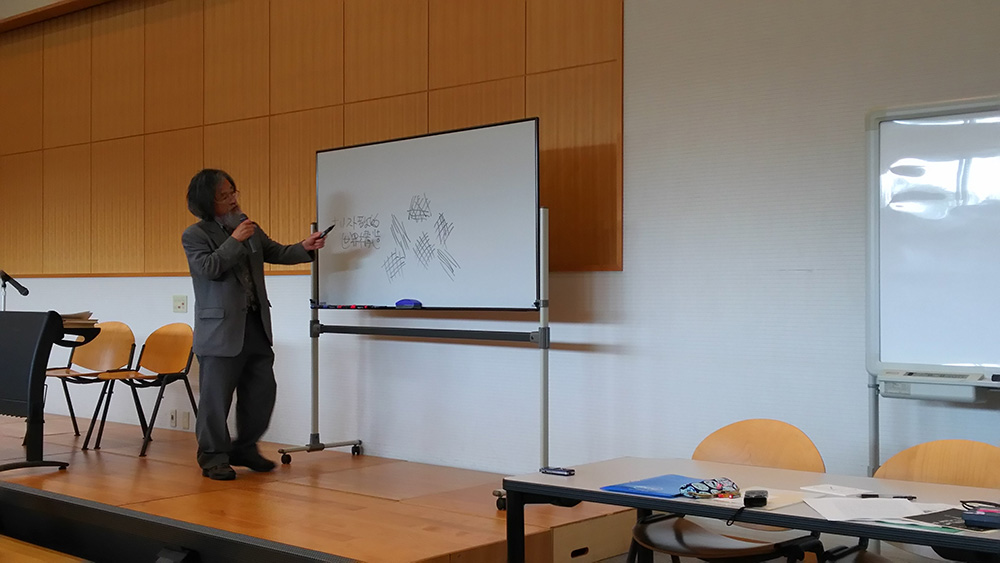 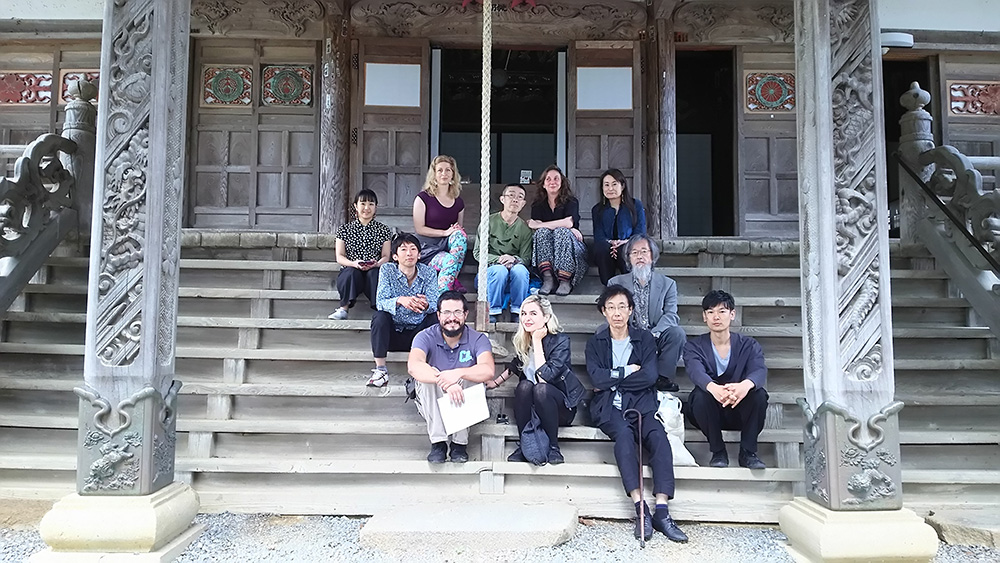 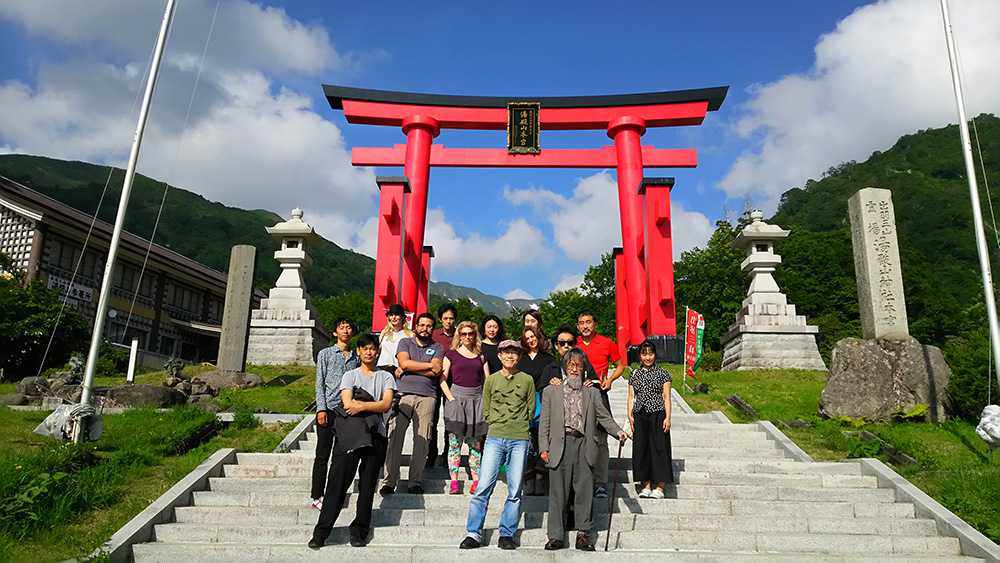 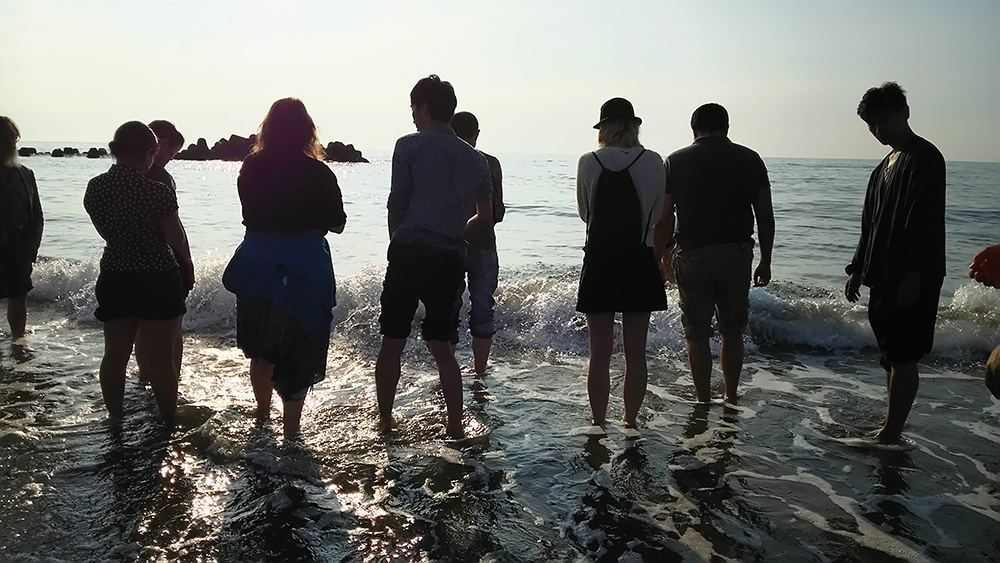 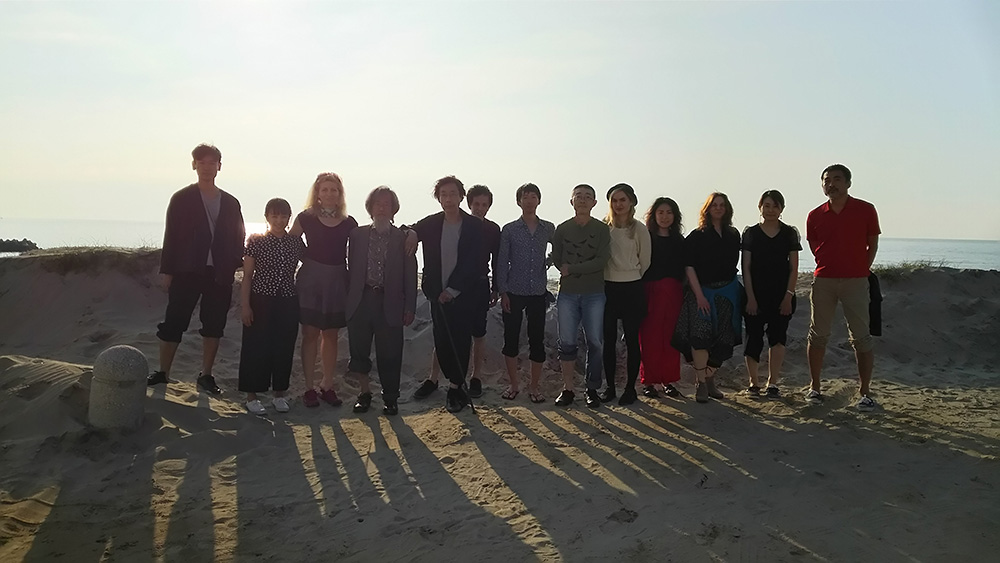 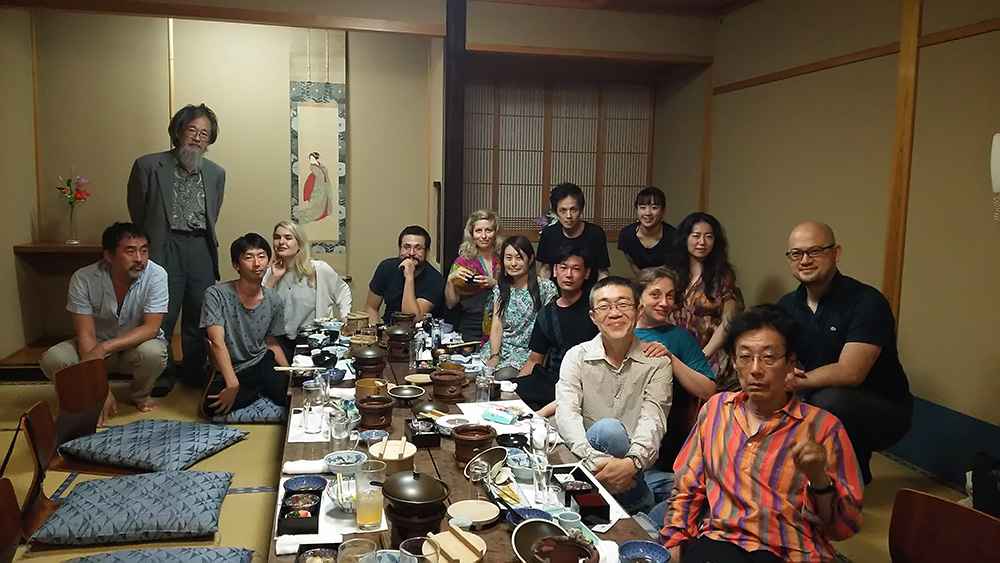 In the mountains of Dewa Sanzan that are so closely tied with Ko Murobushi, the question of the “Outside” that Ko Murobushi spoke of and what it meant was explored through a journey that followed the footsteps of sokushinbutsu and shugendo.

The wordless bodies from sokushinbutsu, what are they telling us so eloquently?
Life and death, mental and physical, internal and external, finite and infinite
The meaning of these boundary lines that are essential in dance
This question is posed to the “Outside” and released, a journey towards a discussion space
Is the return of the sokushinbutsu possible?

An excerpt from the flyer

He was born in Mexico City. Entitled as a Bachelor’s degree in philosophy and Master in knowledges about subjectivity and violence by the Colegio de Saberes; He is currently doing doctoral studies in philosophy at the Universidad Iberoamericana. Carries out research on the relationship between the arts and the critical construction of subjectivity, mainly in the dance-centric butoh; to investigate such a form of dance made research stays in Tokyo at the Ko Murobushi’s Archive and the Hijikata’s archive of Keio University also. He is also theatre actor since 15 years ago.

He has published several articles, among them: thus spoke Ko Murobushi and Ritual and violence in Greek tragedy in Murmullos filosóficos magazine, as well as also the book body, cruelty and difference in dance butoh, a philosophical look. Edited by Plaza y Valdez. Also published in the Reflexiones Marginales online magazine article: subject, law and desire, in the psychoanalytic knowledge. It is general director of the scenic laboratory Athanor. He currently works as a teacher in the interdisciplinary seminar on artistic education (SEMINEA), at the Centro Nacional de las Artes (CENART) and is part of the collective Hydra, transfilosofia escénica.

He was born in Mexico City. Entitled as a Bachelor’s degree in philosophy and Master in kno…

Born in 1965. A dance critic. Several of his critiques have been published, with one currently being serialized.

Born in 1965. A dance critic. Several of his critiques have been published, with one currently be…

Born in Kobe in 1954. A specialist in French literature, author, critic, translator, and musician. After graduating from Koyo Gakuin High School, he studied abroad in France. After returning to Japan, he became the original keyboardist of the new wave band EP4. Several of his literary works as well as translations have been published.

Born in Kobe in 1954. A specialist in French literature, author, critic, translator, and musician…

Born in Shizuoka in 1948. Graduated from the School of Engineering at The Tokyo Institute of Technology, and completed his Faculty of Letters graduate course at The University of Tokyo. Currently a theatre critic. Several of his literary works as well as translations have been published.

Born in Shizuoka in 1948. Graduated from the School of Engineering at The Tokyo Institute of Tech…

She co-curated and organized international dance symposia entitled “The Aging Body in Dance” in Berlin (2012) and in Tokyo (2014) and realized the Asian premier of “An Evening with Judy” by Raimund Hoghe. Currently she prepares for the performative exhibition on Yvonne Rainer and Postmodern Dance at Shunju-za Kabuki Theater at Kyoto Experiment 2017, from October 11-15 2017.

Nanako Nakajima was born and raised in Tokyo. She is a certified traditional Japanese dance maste…

Born in Osaka in 1955. A musicologist. A professor at the International Research Center for Japanese Studies specializing in musicology with a Ph.D. from Tokyo University of the Arts (1989). Several of his literary works as well as translations have been published.

Born in Osaka in 1955. A musicologist. A professor at the International Research Center for Japan…

Romina Sylvia Achatz studied film-, theatre- and mediatheory, film and philosophy in Vienna, Prag and Rome. Her main interest in her work is ‚The Politics of the body‘. She lived in Rome, worked there on a documentary film and wrote about ‚The bodies of politics in the work of Pier Paolo Pasolini’. Currently she researches and writes about ‚The thought of the Outside in the dance of Ko Murobushi‘ in Tokyo. Romina Achatz is PhD candidate at the University of applied Arts in Linz and before moving to Japan, worked there as a radio journalist, lecturer at the University, writer, filmmaker, performer and dancerteacher.

He read British and American literature at Komazawa University (B.A., M.A., and Ph.D. at Komazawa…

Katja Centonze is currently Lecturer at Waseda University, Visiting Researcher at the Tsubouchi Shōyō Memorial Theatre Museum and Ph.D. candidate at Trier University. She has been teaching Japanese Literature and Theatre at Ca’Foscari University since 1998, and Japanese Language and Literature at Calabria University since 2005. Her research focuses on the body in Japanese performing arts (especially Hijikata Tatsumi’s butō and contemporary dance) and on the body as represented in Japanese literature. Among her publications she edited Avant-Gardes in Japan. Anniversary of Futurism and Butō: Performing Arts and Cultural Practices between Contemporariness and Tradition (Cafoscarina, Venezia, 2010).